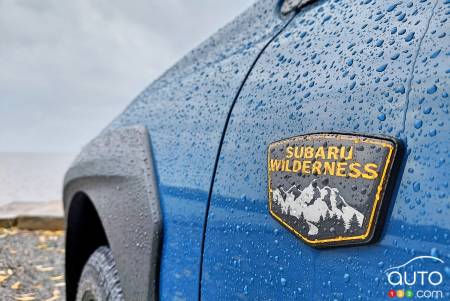 One year ago to the day (plus one), we gave you the opening chapter in our long-term review of the Kia Niro EV. It’s time to move on, though, and so we do, with a 6-part review of the all-new Wilderness variant of the 2022 Subaru Outback. Today, part one, in which we delve into the model’s origin story.

Ever noticed how many car ads focus on the multiple outdoorsy physical activities supposedly engaged in by those consumers expected to buy the vehicle?

Judging by the fertile minds of the marketing geniuses, it seems we’re all a bunch of gardeners, kayakers, cyclists and campers. We roar on mountain bikes through calf-deep mud lakes, and we won’t rest until we can rest on a bed of pine needles in a forest under the midnight sky. Those representing us in those ads have perfect smiles revealing perfect teeth, and heartily slap each on the back in congratulations for not being couch potatoes.

This is a message directed, in part, at baby boomers. And the message is clear: Heck no, you’re not dead yet, or even ready for the retirement home. You can still be active, have fun. But for that, you need the right car! 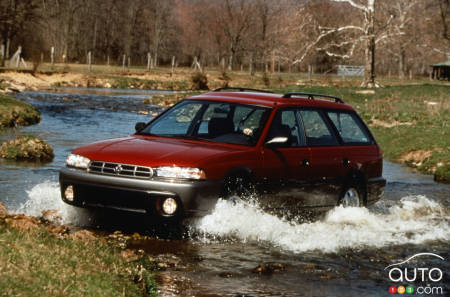 Before 2000
The first Outback to make a public appearance did so at the New York Auto Show. Back then, in the mid-1990s, they called it the Legacy Outback and, in Japan, the Legacy Grand Wagon.

The reason you can guess at – it was essentially a 1994 Legacy sedan transformed into an AWD wagon. The vehicle got a raised roof and increased ground clearance as well as a firmed-up suspension. Subaru also gave it anti-fog lights, bigger tires and a bunch of black exterior elements that made it look armoured. That was the brainchild of designer Olivier Boulay (thank you Wikipedia).

It was new and original. Although not quite, 100-percent original, because the Eagle produced by the American Motor Corporation (AMC) between 1980 and 1987 had been there, done that. But still, this new Subaru was different from anything out there, and that’s perhaps not that surprising given that Subaru never had a problem thinking outside the box. New and eccentric models were almost a trademark for the Japanese brand.

For the first Outback, made by the way by a company the name of which signifies both a constellation of stars (hence the brand’s logo) and the act of coming together, the model’s engineers decamped for Australia to put it through some rigorous testing. It was a very apropos location, given that the nameplate refers to the country’s massive desert-like interior.

Saved by an Outback!
Perhaps inspired by the landscape and by the kangaroos residing in it, Subaru’s marketing gurus came up with the perfect spokesperson for the Outback: Australian actor Paul Hogan, AKA Crocodile Dundee. His weathered face, easy charm and engaging accent were familiar to fans worldwide thanks to the first two movies in the franchise (released in 1986 and 1988). For the third entry, released in 2001, they placed the character at the wheel of… an Outback. Of course.

The first TV ad pitching the new Outback had Hogan/Dundee spell out the qualities of the vehicle in succinct fashion. Pursued by bad guys in an SUV, a relaxed Hogan tells his equally relaxed passenger that their pursuants are “no match for the world’s first sport utility wagon!”

As we mentioned, that’s ignoring the earlier contribution to the format made by the truly ground-breaking AMC Eagle, but I guess we’ll call that artistic licence on the part of the scriptwriters…

In any event, Dundee continues his pitch by explaining that the Outback has “more headroom than the (Jeep) Cherokee”, “the ground clearance of a (Ford) Explorer”, “more stability in a turn than a Chevy Blazer” and – cherry on the sundae – that it “rides as smooth as any car!”.

There were several other ads produced after that one, together costing roughly $22 million, but it was money well-spent: Subaru sold close to 20,000 Outbacks during the first nine months of the ad campaign. Paul Hogan, who had been a car salesman in his former life, reportedly told Subaru they had “better build a lot of them because I’m going to sell you a lot of them!”.

As part of this first generation (1995 to 1999), Subaru also put out an Outback edition of the Legacy sedan. The company liked the concept so much it extended it to the Impreza. That version became known as the Outback Sport in North America, until it was retired in 2011. 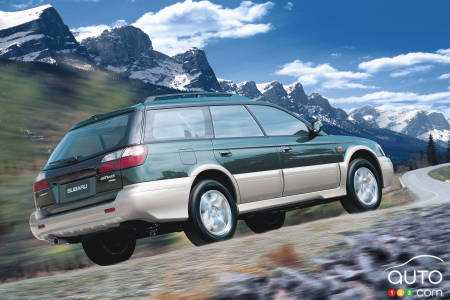 Onwards and upwards!
The second generation (2000 to 2004) gained a few millimetres in length and width, plus it welcomed a 3.0L 6-cylidner engine as an alternative to the 2.5L unit. It continued to straddle the line between sedan and wagon.

Auto123 puts the 2022 Subaru Outback Wilderness 2022 to the long-term test. Today, part 2, in which we poke around the Wilderness using a magnifying glass.

Subaru has announced pricing for its Outback model for 2022, including the new Wilderness trim. Sitting third from the top of the model range, that variant o...