It’s only fitting that an oddity like this draws in young drivers and retirees alike Automotive columnist: Dan Heyman , Updated: 2023-01-17

•    The new edition gets a few tweaks, but nothing drastic.

The Kia Soul has to be one of the bigger vehicular oxymorons available in Canada today.

Here’s a boxy hatchback that looks pulled straight out of the world of the tiny “kei” microcars seen in many Asian markets, that comes in all sorts of funky colours, has interior ambient lighting that “dances” with your tunes and looks primed for the hero car role in any number of Pixar animated features. But so often when you see these, they’re being driven by what look like retirees.

That’s no slight. But why such an odd mix? Well aside from the fact that automakers like to design cars with youth appeal when youth are buying fewer and fewer cars, here’s another good reason why we see older drivers make up a sizable chunk of the Soul demographic: its ease-of-use.

User-friendliness
That may seem like a trivial thing, but as someone who spends a lot of time jumping from car to car, I can tell you that, compared to the calisthenics required to fit into or clamber out of something like the latest Nissan Z, sliding into and out of the Soul is child’s play. Or older person’s play.

The Soul also has a tonne of headroom both front and back, which means a tall roof, which means big windows and an upright dash with all the controls pleasantly laid out and easy-to-read. I’m especially a fan of the big buttons for adjusting seat temperature, found on either side of the shift lever. You can see how this is just such an easy vehicle to live with.

In the end, how Kia has managed to create such an out-there looking thing that can appeal to a diverse buying group is a feat in itself.

The equipment
It's well-equipped, too, especially the top-spec GT-Line trim we drove. The gear includes leather seating with heated and cooled front seats, heated rear seats, d-shaped steering wheel, junction assist (this prevents you from going through an intersection if unsafe) and highway drive assist (HDA), which will keep you centered in your lane while cruising and away from the car ahead.

Infotainment-wise, look for a 10.25-inch multimedia display with Apple CarPlay and Android Auto (both wired) and on my GT-Line tester, premium Harman/Kardon audio. That’s the only way to get it, because Kia tends not to offer many option packages. If you want certain things, you have to up the trim ladder.

In general, I don’t mind this approach as it makes the buying process simpler, but some buyers like to pick and choose their features a little more than what’s possible here.

It's not perfect, of course. The seats are a little flat so you really feel like you’re sitting atop the vehicle as opposed to inside it; some of the materials used inside are a little on the cheap side and the rear cargo floor is short, though that issue is attenuated by the adjustable cargo floor.

End of the day, the pros definitely outweigh the cons and that’s what counts.

Funny-looking, in a good way
The Soul does look funky, indeed. Even after all these years – the model debuted in North America in 2010 – it still looks like it belongs firmly in the present. The shape has remained relatively the same, but Kia has made smart stylistic changes like a gradual evolution of the vertical taillamps that have a wraparound effect for 2023 and stylish wheel designs. 2023 also sees the addition of a new front fascia with LED headlights and newly shaped foglights and new two-tone colour choices.

My tester didn’t have the two-tone finish, but the Surf Blue paint job suits it very well.  There is still nothing out there quite like it and even though many have abandoned the formula – think Nissan Cube or Scion xB – the Soul has managed to soldier on.

Even the interior gets some out-there touches such as the oval-shaped gauge hood and matching infotainment display surround, bright orange inserts on the door panels, red contrast stitching that’s specific to the GT-Line and HVAC/speaker assemblies at each corner of the dash that look unlike anything I’ve ever seen.

Simply put, after looking at the Soul’s exterior styling, nobody should be surprised the interior looks quite like this.

The powertrain
As much as I love what they’ve done with the styling of the current Soul, I am somewhat dismayed Kia killed the optional turbo powertrain; that happened in 2020. It provided a firecracker of a ride to go with the looks, but as Kia simplifies and electrifies, it seems there just wasn’t any more room for it. So, what we’re left with is either the full-EV model or a single gas motor: a 2.0L 4-cylinder good for 147 hp and 132 lb-ft of torque that makes its way to the front wheels via an “intelligent” continuously variable transmission (CVT).

By “intelligent”, Kia is saying that the transmission adjusts its attitude depending on how the driver is driving, for smoother operation and better power delivery. Not sure if I felt that during my drive per se, but I can say this is a CVT that feels just a little more athletic than typical for these types of transmissions. It doesn’t get in the way of forward progress as many have in the past, and while I do bemoan the lack of paddle shifters (many CVT-equipped vehicles have these), it’s not a deal breaker in this case.

On the road
Even without the turbo, the Soul has some peppiness and while you can tell the engine is working a little harder to get you there than the turbo did, the Soul will dance if you want it to. That’s especially the case when it comes to the steering, which is very responsive and even has a little bit of weight to it. Activating Sport mode, meanwhile, kicks things up a bit powertrain-wise and I spent quite a bit of my time in this setting.

Unfortunately, being such a tall vehicle with such a short wheelbase means the ride is affected. Typically you’d think that meant lots of body roll through turns and such, but I’d describe it more as a skittish feeling, with the Soul undergoing these micro-bounces on some surfaces like a stone on water. It’s I feeling I’ve had every time I’ve tested one of these.

The overriding feeling I’ve had whenever I’ve driven a Soul, however, is that whether you’re a retiree, a first-time buyer or in need of a second small car, this SUV merits short-listing. It does so many small-car things well and it looks great while doing it that you’d be doing yourself a disservice if you didn’t check it out. 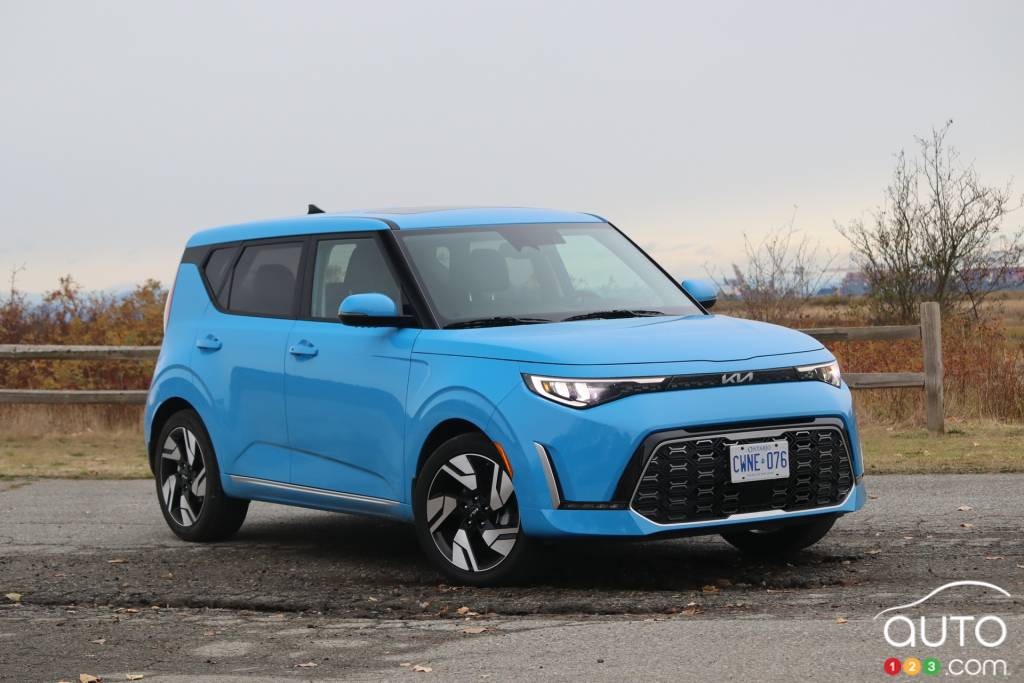 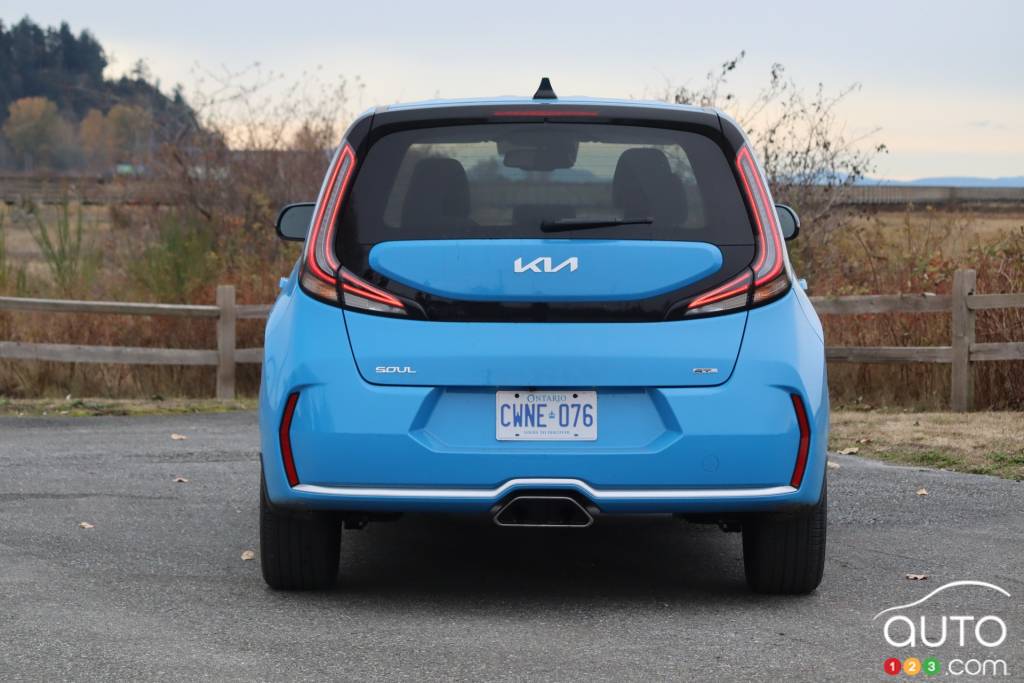 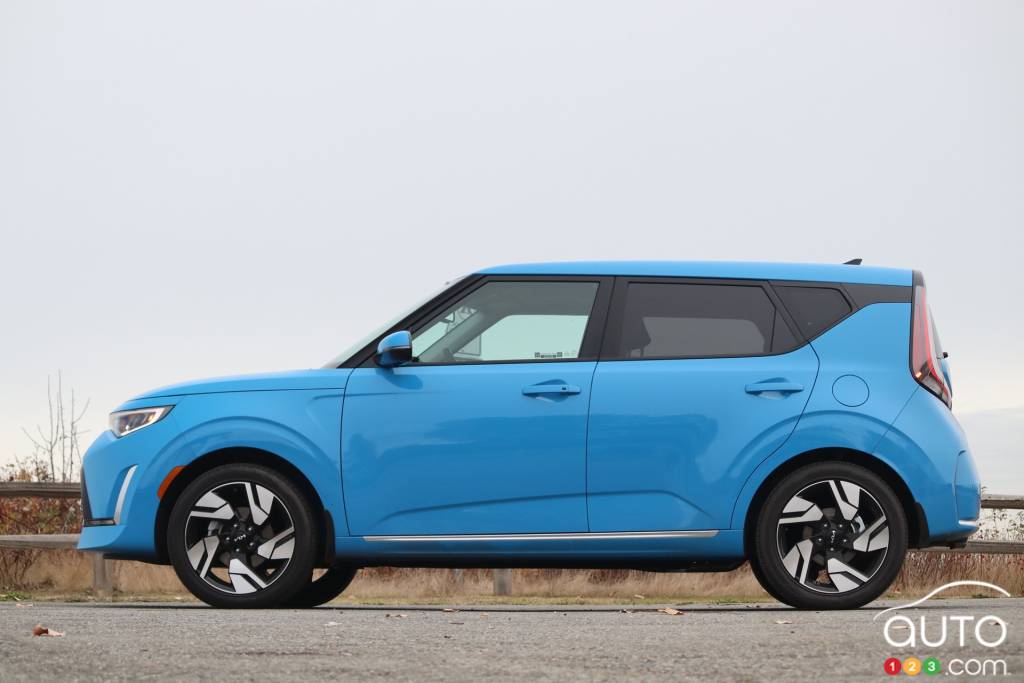 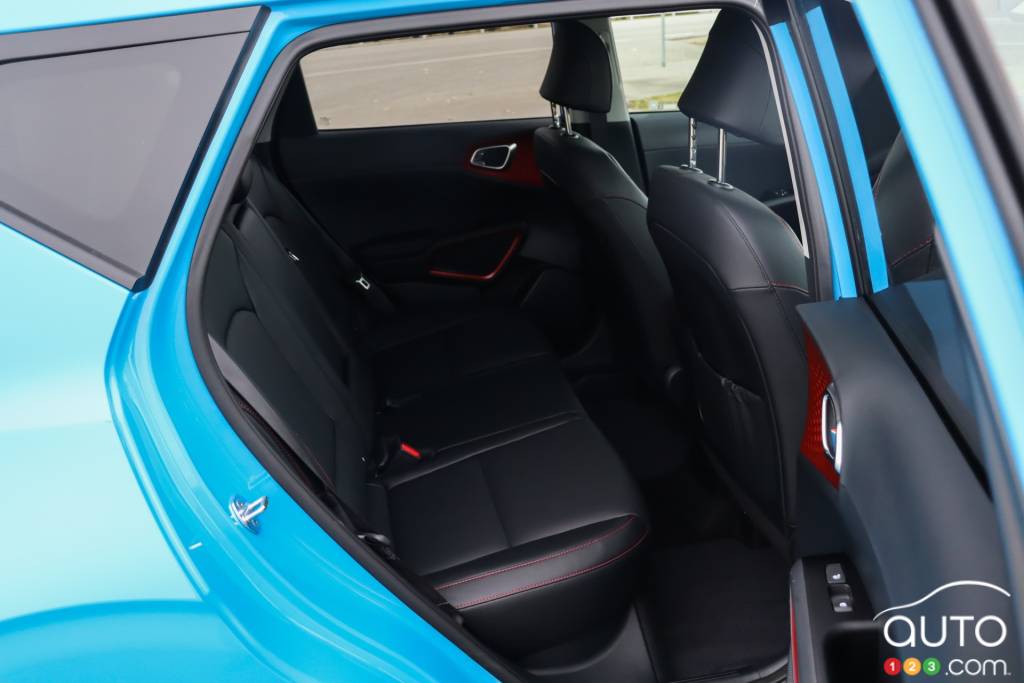 The 2023 BMW X7 offers more power from its inline 6-cylinder engine this year, in addition to receiving a few other improvements and updates. Here's our revi...

The 2023 Honda CR-V Hybrid offers owners lower monthly gas bills... but exacts a rather high price of entry. A base price of $48,890 before fees and prevaili...