This week we look at two models that manage to stray a little off the well-trodden path that most small utility models tend to follow. Many buyers include on their wish-list some distinctiveness, some element that ensures a unique presence on the road – and these are two good examples. But, beyond the style, which is the most interesting model for consumers?

Before being taken over by the Renault-Nissan Alliance, Mitsubishi was like a candle burning down, slowly but surely. Models like the EVO, Eclipse, i-MIEV and Lancer, once good sellers all, have all disappeared. Mitsubishi promised to come back strong using familiar names. The first offspring of that strategy was the Eclipse Cross, which debuted in 2018. It was an event worth noting, because new products are rare commodities at Mitsubishi.

Different approach
This urban utility vehicle looks from some angles like more conventional models like the Honda CR-V, but from the back you might think you’re staring at the ghost of the defunct Pontiac Aztek, mainly because of the two-section rear window. This is not necessarily a compliment. It must be said, however, that the general style does stand out a bit from the crowd, and the model’s lines are more upscale than the average model in this segment. And for that, we salute Mitsubishi's initiative. 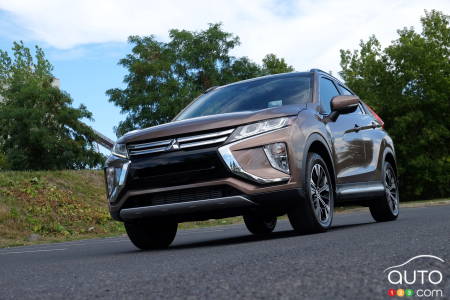 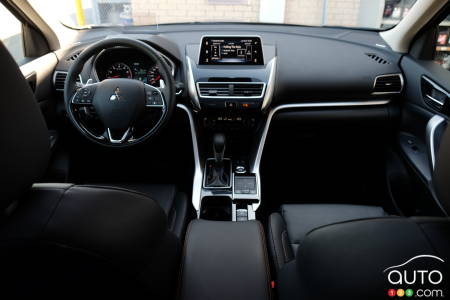 The driving position is not ideal because of the long windshield that gives the impression of sitting halfway back in the interior of the vehicle, plus there’s a lot of hard plastic and using the the infotainment screen is a counterproductive experience.

All this fine and good, but the engine is simply underpowered and the CVT box kills any possibility of experiencing driving pleasure. We do acknowledge that the AWD system is very effective. As for that rear split window, we’re not sure it’s such a great idea as it does impact on visibility...

Conclusion
A nice attempt by Mitsubishi, but half-hearted. There are too many little things wrong to make it a big competitor in this segment. 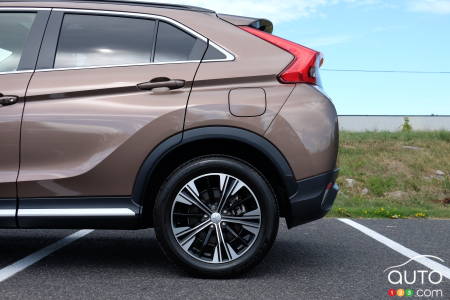 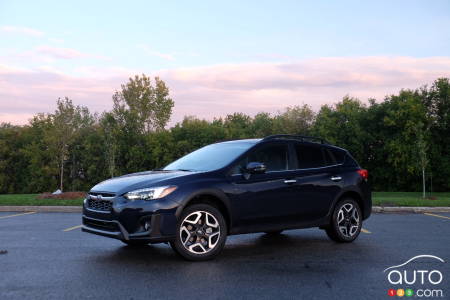 It's interesting how sometimes it takes a seemingly mundane tweak for a product to take off. Subaru, faced with an Impreza on its roster that was more or less attracting consumers (mostly less), decided one day to add some plastic, raise the body and give it new colours and nameplate. Voilà, the Crosstrek was born and Subaru saw sales of the “new” model explode.

In 2018, Subaru introduced the second generation of Crosstrek, now based on the new Impreza with its stiffer platform. The wheelbase is growing, but meanwhile the overhangs have been shortened. It also has a slightly higher ground clearance than the Impreza. 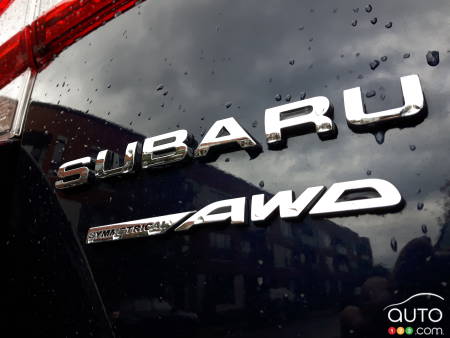 At the top of the range is the Limited model, which includes 18-inch wheels, leather seats, a heated steering wheel, dual-zone climate control, an 8-speaker audio system and GPS navigation.

A more nervous engine
Like Mitsubishi, Subaru has become an apostle of the CVT transmission, though it still offers a 6-speed manual gearbox for the Convenience, Touring and Sport versions. The engine is a 2.0L 4-cylinder that makes 152 hp and 145 lb-ft of torque. 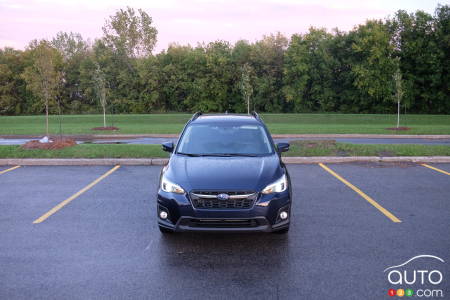 It should be noted, however, that the CVT transmission is more effective than Mitsubishi’s. It flows better and doesn’t have a negative impact on performance. In fact, we would almost recommend you choose this CVT instead of the manual because Subaru is not as talented as Honda or Mitsubishi when it comes to manual gearboxes; its unit almost forces drivers into a struggle against it. The CVT is quieter on the road and also comes with a more-sophisticated centre differential that makes the 4WD system more efficient in the way it transmits power to the wheels.

But what we love most about Crosstrek is its on-road handling. Although Subaru calls it a utility model, the Crosstrek is a car and drives like a car. The grip is firm, the driving precise and the driving position ideal; this car has a soul. The new platform also translates into a more assured and comfortable drive.

Conclusion
Its stronger personality, new platform and better price point all help explain the success of the latest Crosstrek.

There are few actually, outside of the tech product offering which is more complete than in the Subaru. Plus it has better warranty coverage.

In both cases, the all-wheel drive systems are true to the reputations of their manufacturers, which excel in the field.

There’s no contest here. The Crosstrek is the hands-down winner. While it’s not a disappointing product, the Eclipse Cross is too expensive and a little noisy in the cockpit, and its engine is too small for the 1 500 kg of body weight it has to haul. This also tends to make it less fuel-economical.

Our quest: a good AWD system on a decent car or SUV, and a price tag under $50,000. Here are the results of our search for the best all-wheel-drive vehicles ...

The 2021 Subaru Crosstrek got mild updates as it seeks to continue its love affair with Canadian motorists – the Impreza-derived crossover has become the bra...