The newest installment of the Ghostbusters film franchise was originally due to hit cinemas last year. However, the pandemic caused delays in production and the release of the movie was postponed.

Ghostbusters: Afterlife is now set to release in cinemas this fall, more specifically on November 11. A first trailer had already made the rounds, but this week we got a second one, and what makes it notable for car lovers is that a certain ’59 Caddy will play a central role in the movie, from the looks of it.

Yes that’s right, everybody’s favorite hearse is back. The Ecto-1, a 1959 Cadillac, became a star for its use in the original Ghostbusters movies. Only fitting for a model that was already an iconic figure in the history of the Cadillac brand. 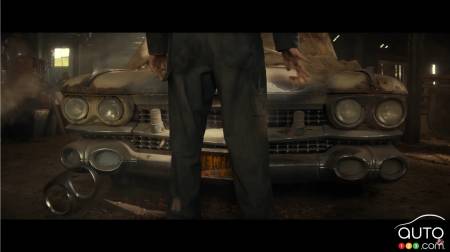 In the trailer we learn that the Ecto-1 is sitting, abandoned and forgotten, in – yes, you guessed it – a barn, which had belonged to Egon Spengler, now-deceased member of the original Ghostbusters team. This kind of car is just waiting to be rediscovered, and soon enough it is, by Egon’s grandson, the teenaged Trevor (played by Finn Wolfhard from the Stranger Things series).

Later on, we see Trevor joyriding in the Ecto-1 through a field. When the story takes its inevitable paranormal turn, we catch a glimpse of the car swerving into the streets of the town where the action will evidently take place. We discover that the Ecto-1 has a retractable jump seat, ideal for chasing ghosts. Its apparently central role in the denouement of the film will doubtless please fans.

Ghostbusters: Afterlife is expected in theaters on November 11.

See also: Three Replicas of Famous 80s Movie Cars to Be Auctioned Off 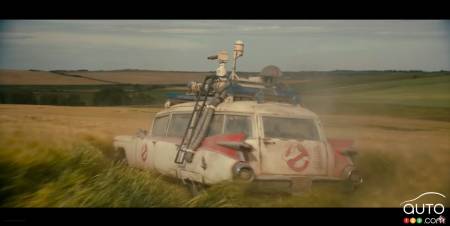 Photo: Sony Pictures Entertainment
The Ecto-1, out in the field 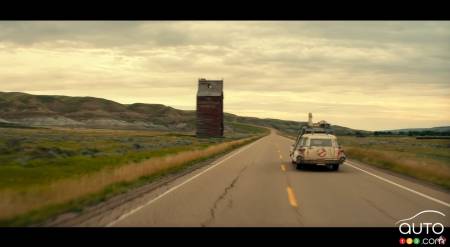 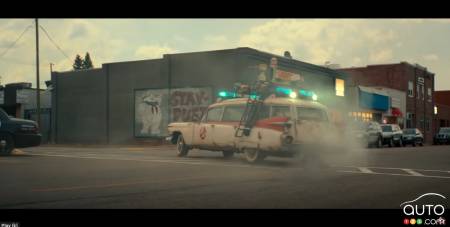 Photo: IMDB
The Ecto-1, with passenger

Lego Ecto-1: How’s About a Caddy Hearse for Christmas?

Before we get to the Ghostbusters: Afterlife movie set to release next year, there’s the matter of this Christmas to navigate through. Lego is giving folks t...

Cadillac Wants to Enter Formula One with Andretti Group

Cadillac says it is pursuing a bid to join the Formula 1 circuit in partnership with the Andretti Global Group. The team wants to enter the championship as s...