This is one of the best and worst lines from marketing in the history of the discipline. Be that as it may, it aptly applies to the 2013 Nissan Pathfinder’s case because it is both.

The new “truck” has nothing in common with the previous iteration, other than its name. Therefore, it is both “new” and “improved.” And it is also good. In fact, it is such a departure from old that it warrants a new name, but Nissan wisely stuck with the familiar and very popular nameplate.

Comfortable, quick, roomy, and well appointed, the 2013 Nissan Pathfinder has, in one swift move, hoisted itself near the top of our Auto123.com Midsize Utility of the Year category. The poise with which the big crossover carries itself is what is most impressive.

Niggles are few and far between, and are quite typical for three-rowed vehicles, and for Nissan. The first is that the liftover to access gear in the trunk is painfully high; getting dirty or not being able to reach items in the recesses of the trunk are issues to expect. Then, there’s the continuously variable transmission which, 90% of the time, does good work. The other 10% may have you wanting to kick in the dashboard.

21st Century sensibilities
The 2013 Nissan Pathfinder is no longer a Pathfinder: it’s far more than that. The era of truly capable off-roaders is dying, and besides the Nissan Xterra will satisfy those in search of those abilities. The new Pathfinder is now a bona fide family vehicle with some rough-stuff-tackling equipment.

Gone are the exaggerated flared wheel arches of the 2013, instead replaced with more urban-friendly flowing lines. The new 2013 Nissan Pathfinder’s width does increase considerably, making it less manoeuvrable in some instances.

As is the trend nowadays -- at least for most manufacturers -- the tendency to make designs more generic has more or less transformed the Pathfinder into just another crossover. For the first little while, the larger grille and oversized headlights will look “different,” however, in time it will blend into the background.

Room for everyone
The enormous cabin is surprisingly welcoming. Much like the 2013 Nissan Altima, it is nothing special on a design scale, but it all works marvellously well. Through all possible adjustments, a good driving position is achievable and, once in place, all manner of controls fall well underhand.

Nissan’s now signature cluster of buttons destined to navigate through the screen’s various menus are simple to use and in the right place. Redundant steering-wheel buttons are easy to comprehend, and the wheel itself is sporty, with a fine grip, and heated in the evaluated SL.

Seats in the first two rows are agreeable and quite large. The third row is just as agreeable for younger humans or even those of the four-legged variety that may end up there.

The Xtronic CVT’s programming puts the grunt to the wheels in no time, and with no hesitation from the All-Mode 4x4-i intuitive 4WD system, the galoot reaches 100 km/h in just over 8 seconds. It feels quicker than that, but the ‘box (within moments at wide open throttle) sticks engine speed to the 6,500 rpm redline, thus keeping the V6 out of its otherwise healthy powerband. This is the 10%.

The other 90% is very good. The 2013 Nissan Pathfinder’s V6 growls with determination off the line and maintains good follow-through, so long as the hammer isn’t laid down. Even with my occasional pedal-to-the-metal encounters, I still managed just under 12L/100km which is exceptional in my books given the environmental conditions (read: effin’ cold).

New and improved ride
Here’s the key with the new 2013 Nissan Pathfinder: It drives much smaller than it is which is, in a word: amazing. By comparison, our long-term 2013 Hyundai Santa Fe, which is smaller overall, drives bigger than the Pathfinder.

The Pathfinder’s platform, shared with the 2013 Infiniti JX, is extremely stiff and well-built. This fact is demonstrated by how quiet and well isolated the ride is. Actually, the 2013 Nissan Pathfinder may offer up the best drive in the category.

The CUV’s electro-hydraulic steering is practically sporty in nature, and the fully independent suspension qualms road irregularities with little effort. Directional stability and poise are major players which make the Pathfinder feel smaller than it is.

Worth the detour
By all accounts, the 2013 Nissan Pathfinder is just about all good. With a starting price of $29,998 for a FWD S ($2,000 more for AWD, which is a must), the Pathfinder is on par with its closest competitors such as the Ford Explorer and Chevrolet Traverse.

As tested, our SL AWD retailed for $37,698 and was well kitted out. I think the $35,248 SV presents itself as the best deal, but the SL’s rear heated seats could be the clincher for the extra money.
2013 Nissan Pathfinder SL 4X4 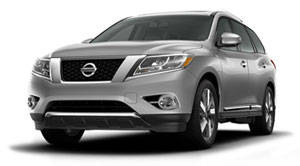 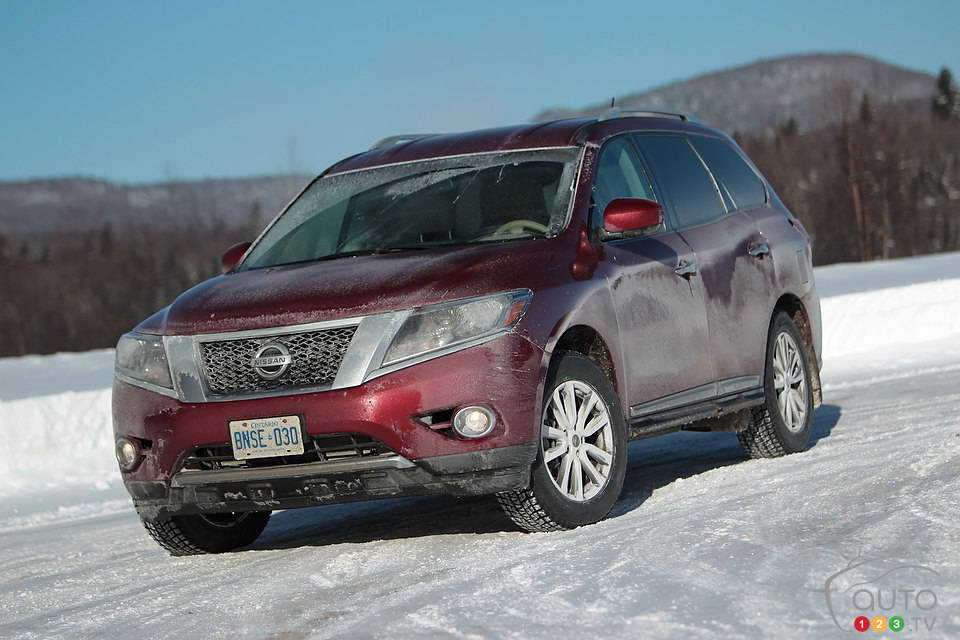 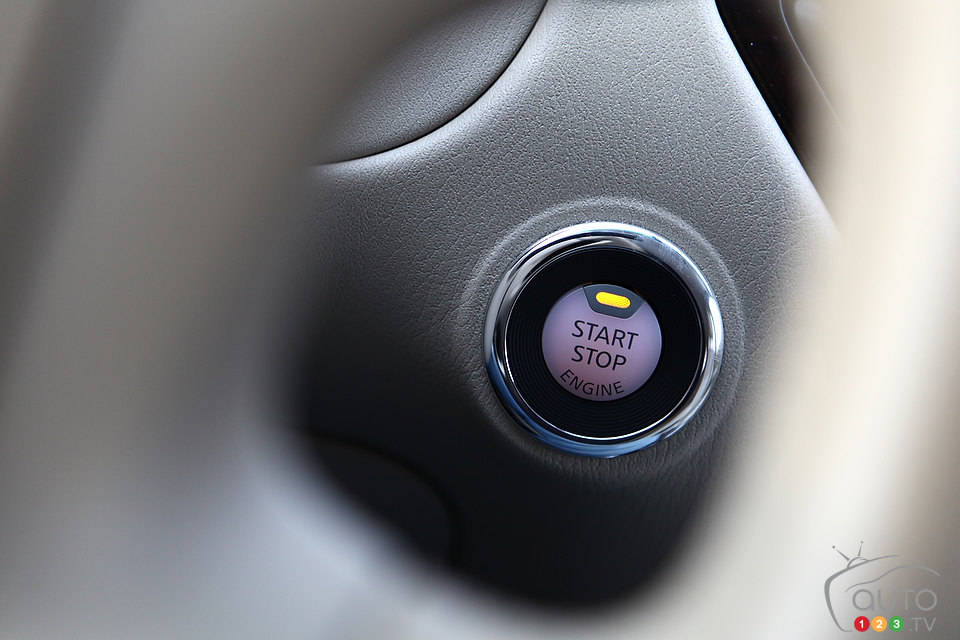 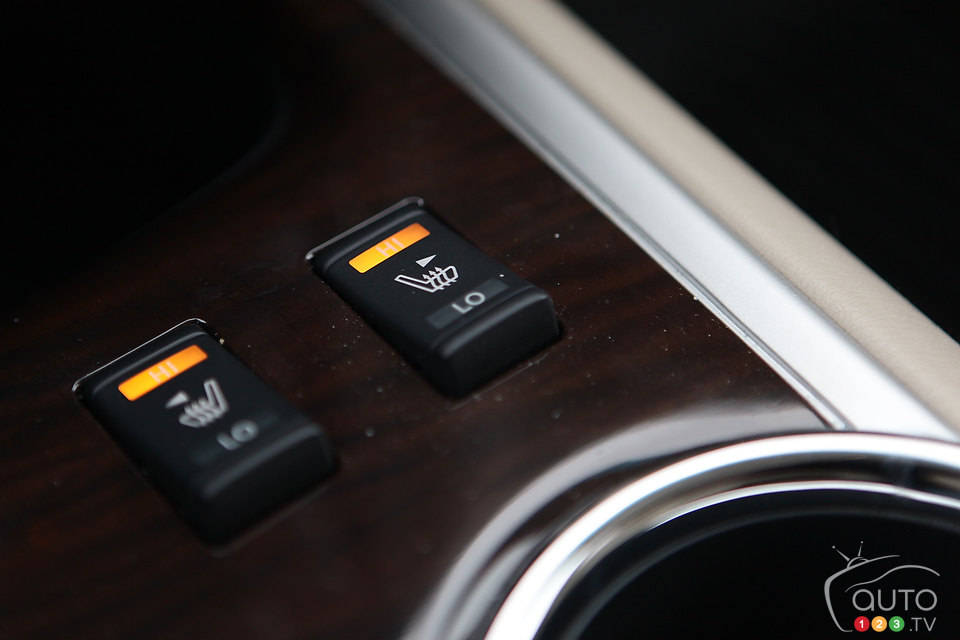