This past weekend Nissan invited us to head down to the big Apple for the last two races of the Formula E series’ fifth season. As it happens flight delays and scheduling constraints meant we took in the first of the two races, held on Saturday, among the crowd and not in the paddocks. But as you’ll see we got to witness the highlight of the weekend of racing in NYC. Here’s our travel journal of sorts of an electric weekend in the Big Apple!

1 – A first victory for Nissan

2019 was Nissan’s baptism in the world of all-electric Formula E racing. And as it happened, we were able to be on hand to witness the automaker’s very first victory in the series. Needless to say, the mood was festive among the members of the Nissan team in the moments after its car took that checkered flag. 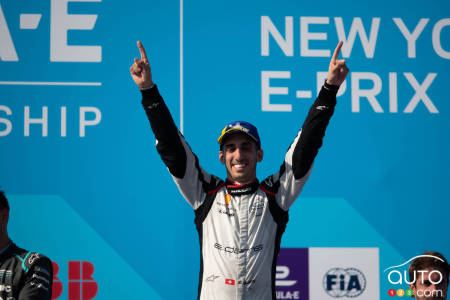 Here is the car of the race winner, Sebastien Buemi, one of the better-known drivers on the Formula E circuit thanks to his short stint in Formula One. He led Saturday’s 45-minute race from start to finish to give Nissan its first victory on the circuit. He followed that up the next day with a third-place finish in the season-ending race, giving him second place in the overall drivers’ standings. 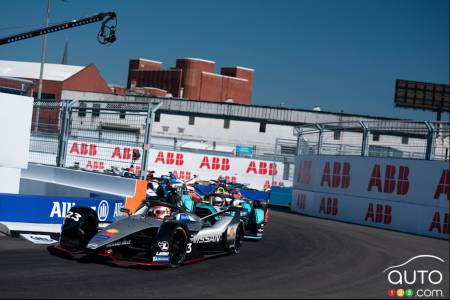