When the renewed Chevrolet Silverado was launched, General Motors took pride in vaunting the composite materials that were being introduced to reduce its weight.

GM even went so far as to knock the products of its eternal rival Ford, the interiors of which were sensitive to bumps on the road due to the aluminum bodies. The new Silverado did retain steel flooring.

Now GM is taking a significant further step to reduce the weight of its pickups. The company has announced it will use carbon fibre for the manufacture of its cargo boxes.

Initially, however, this new box will be offered only as an option, and only on two range-topping versions of the GMC Sierra. 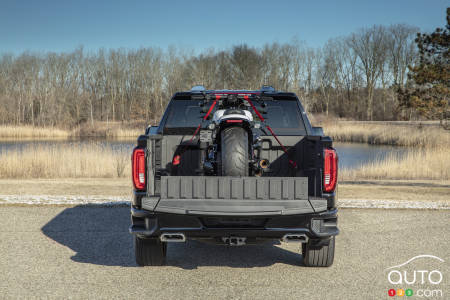 The company explains that it has developed the carbon-fibre cargo box not just to reduce weight, but to make the vehicle more solid and durable. The Carbon Pro option, as it’s called, brings total weight down by 60 lb. The box itself has 25% less mass than the regular version. It also provides owners with 59 lb more of load capacity.

As well, indentations have been carved into the box for placing ATVs and dirt bikes inside in a more secure position. There are a number of tie-down hooks for tying down whatever is placed in the box.

Another big advantage of carbon-fibre is that it doesn’t rust and is very scratch-resistant. It’S equally well-adapted to extreme cold temperatures and can withstand strong impacts.

Take note that only the interior of the box is made of carbon-fibre materials; the outside is still made of steel. 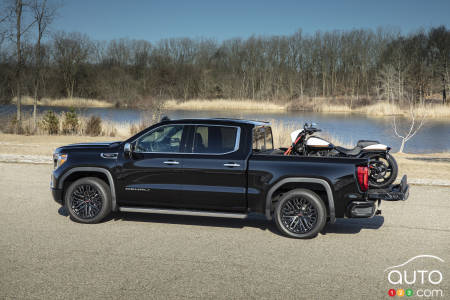 For the moment, the option is only available with the top-end AT4 and Denali versions of the 2019 Sierra. GM does say other trims will get it starting in 2020.

We can also expect the Chevrolet Silverado to welcome the feature before too long.

For now, GM has not shared any details regarding pricing. 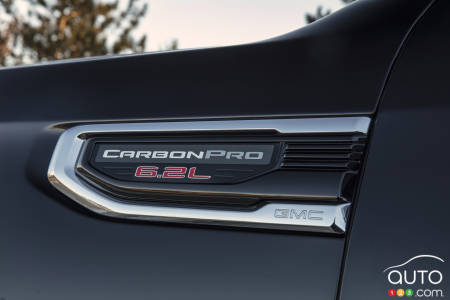 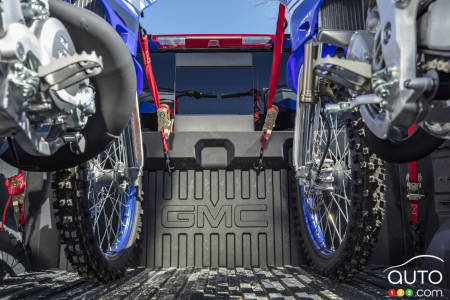 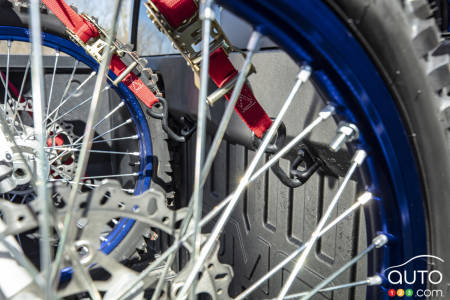 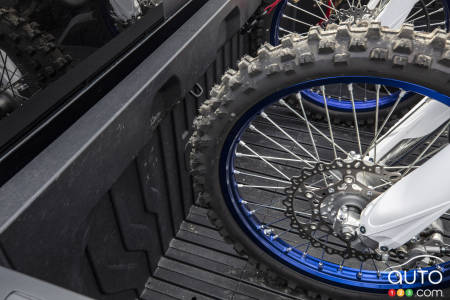 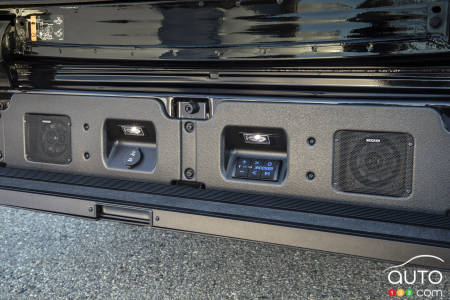 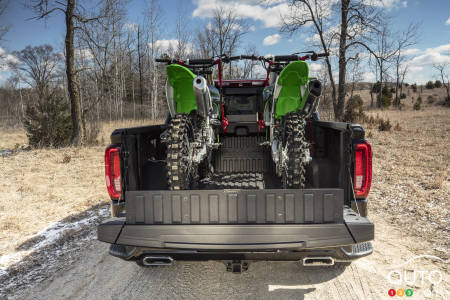