The 2020 Mitsubishi RVR is now available in Canada, and for the manufacturer it's full of promise given the popularity of the model in this country. Auto123 went to meet the revised new edition up close.

Montreal, QC – Like several other brands, Mitsubishi has gradually morphed over the years into a producer of mainly utility vehicles. There is the tiny Mirage, the last of the three-diamond manufacturer’s cars still available in Canada, but its rarity on our roads confirms that the Japanese automaker is now an SUVmaker like never before in its long history.

In Canada, there’s the Outlander (in its regular and PHEV forms), the more eccentric Eclipse Cross, and the RVR. The latter represents the entry model into the brand’s lineup for consumers, and it has constituted a steady mainstay for Mitsubishi since it first hit the Canadian market in 2011.

The RVR is also one of the pioneers that helped forge this new segment of subcompact crossovers that has now been with us for nearly a decade. Now Mitsubishi has given its trusty little guy a design makeover for the second time in the model’s history.

Falling into step
The 2020 edition sees the Mitsubishi RVR align itself much more closely to the rest of the product line, for example with its redesigned fascia, revised enough for us to call this at least a partial overhaul. The crossover still has those two chrome strips on each side of the grille, but they’re now more pronounced, as are the anti-fog lights herded into vertical rectangles on each side of the vehicle’s front end. 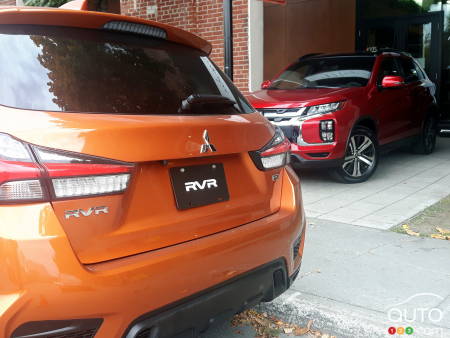 The optical blocs get LED lighting for the headlights and daytime running lights. The lower section of the front end has also been revised, as has the design of the alloy wheels, not to mention the new grill design lodged behind the front wheel arches.

In back, the LED position lights also take on a new shape, while the bumper features more black plastic as well as a few other new grill elements. Generally the RVR retains its familiar shape, but manages to step closer into line with the brand’s other two utility models. In fact, we wouldn’t be one bit surprised to see a new Outlander appear in a few months with some of the design traits unveiled on this new RVR. But that’s for another day!

Improvements inside
While the 2020 RVR is certainly revised, no question, its early-decade origins are still showing. Those familiar with the model will recognize the shape of the dashboard, for example. That said, the model’s designers took care to refine this part of the interior, so that it now features a piano-black finish in the middle as well as surrounding the air vents. The central console has been redesigned as well, and, most notably, a new 8-inch touchscreen is in place with standard Apple CarPlay and Android Auto connectivity. Of course, this bigger screen also comes with Bluetooth connectivity for smartphones.

On the entry-level ES FWD version (starting price: $22,998), you already get heated front seats, which shows a nice understanding of the needs and priorities of Canadian motorists!

The next version is the SE FWD ($25,298), and it adds blind spot monitor and rear transversal traffic alert. In Canada, it’s also possible to opt for the AWC (All-Wheel Control) system in the ES AWD version ($25,498).

Next up is the SE AWC version, which drops the “small” 2.0L engine of the lower trims in favour of a 2.4L unit, which is better adapted to the chassis; also included is blind spot monitor, rear transversal traffic alert and LED anti-fog lights.

The former Black Edition version of the RVR has been rechristened the Limited Edition AWC ($30,798). This version gets a number of its exterior elements decked in black, while some of the interior components go leather. In this version a heated steering wheel is part of the included equipment.

At the top of the hierarchy sits the RVR GT AWC ($33,998), which features a panoramic roof and a 710-watt Rockford Fosgate audio system with nine speakers. This is also the only version to come delivered with lane departure warning and forward collision attenuation.

No changes under the hood, but…
Mitsubishi has not made any changes under the hood for 2020, bringing back the 2.0L naturally aspirated 4-cylinder that delivers 148 hp and 145 lb-ft of torque. For those needing something more muscular, the available 2.4L engine makes 168 hp and 167 lb-ft of torque. And while the entry-level models make do with two-wheel drive, the RVR can be had with the AWC system for just over $25,000. The only transmission offered is a CVT (continuously variable transmission) unit. 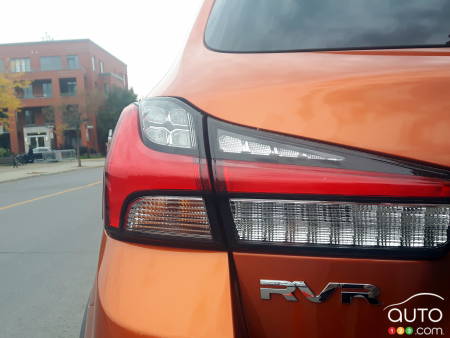 The last word
Already available at Mitsubishi dealers in Canada, the 2020 RVR should logically continue its successful run with motorists in the Great White North, especially with this partial makeover and interior refresh as we await a new generation. That wait should end, logically, within the next two or three years.

Up until now Mitsubishi has sold over 59,000 units of the little RVR in Canada, with a huge chunk of that total in Quebec, where practicality and affordability have been happy handmaidens for decades.

Stay tuned for an in-depth Auto123 review of the new 2020 Mitsubishi RVR in the coming weeks! 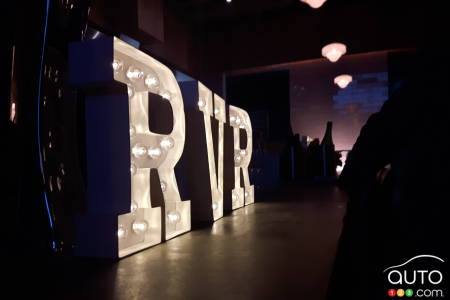 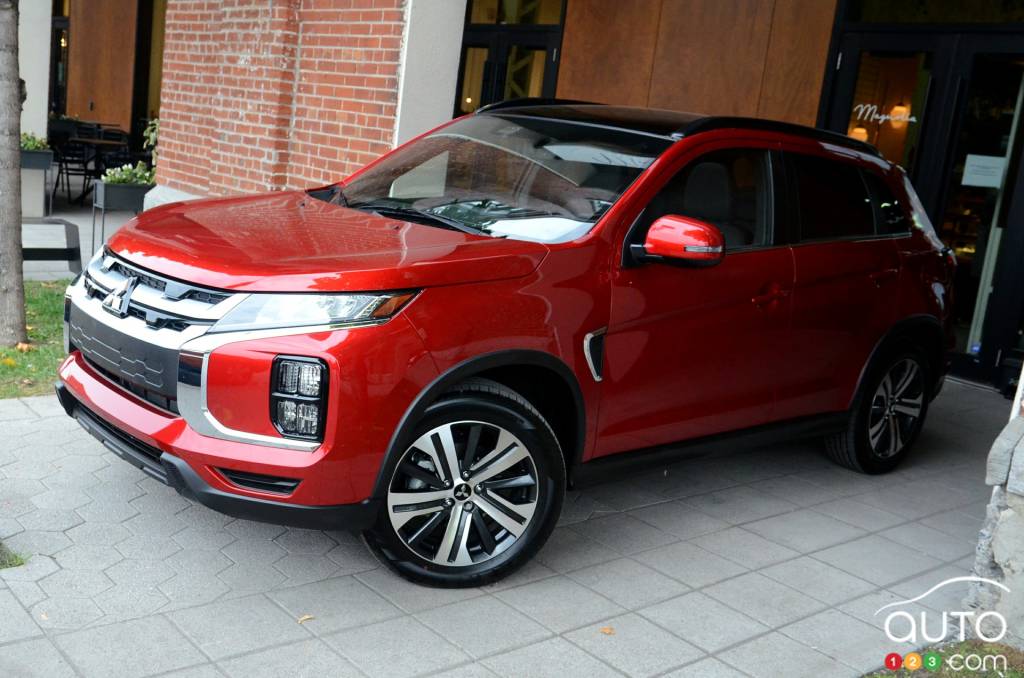 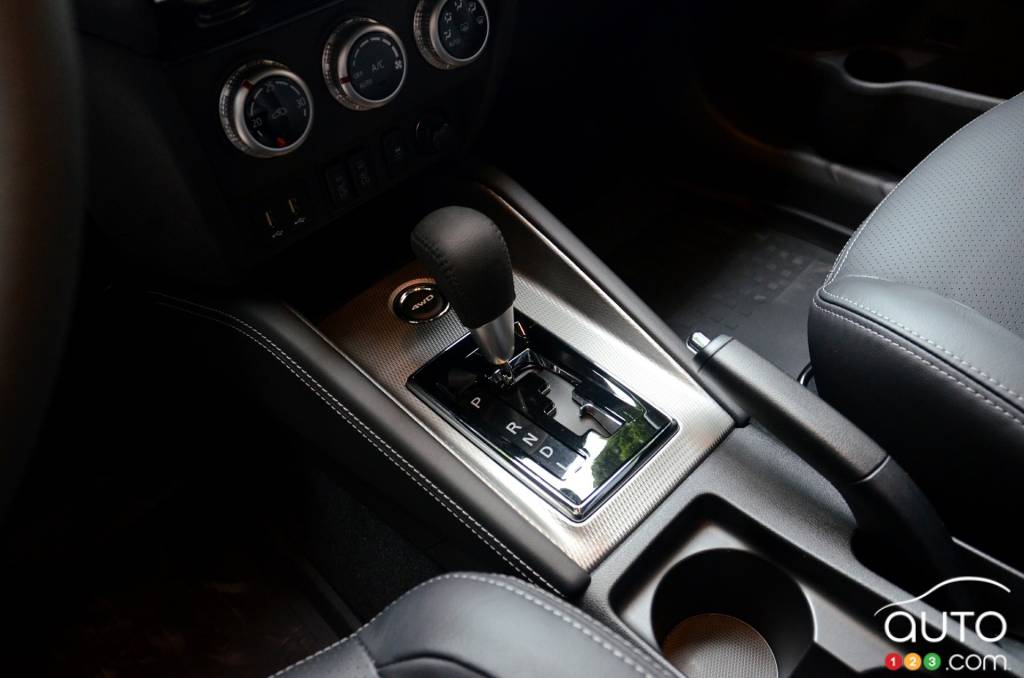 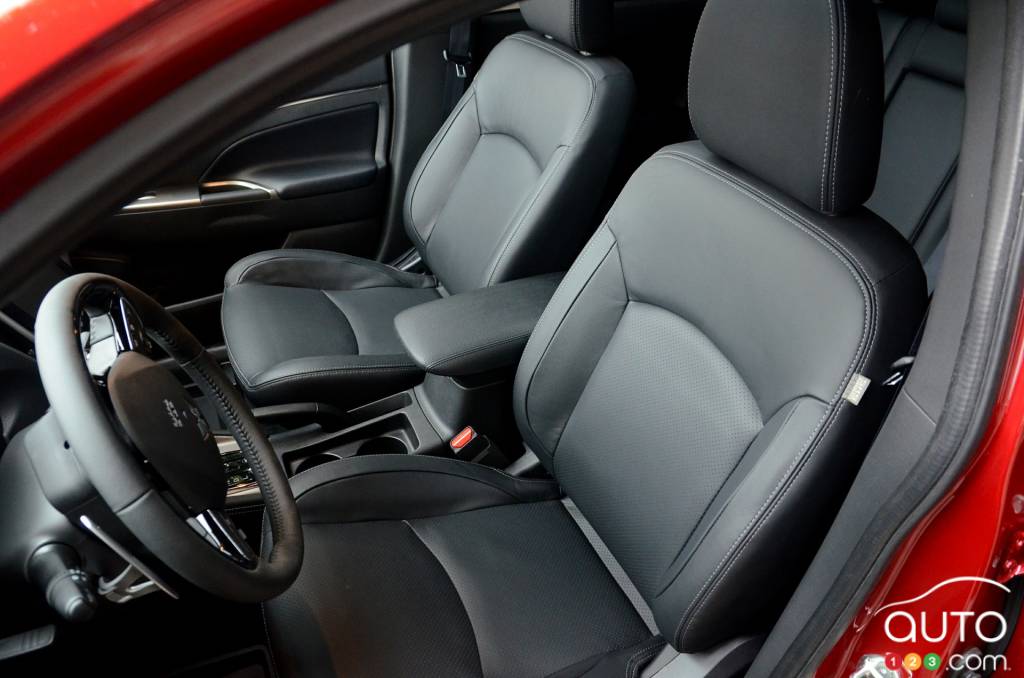 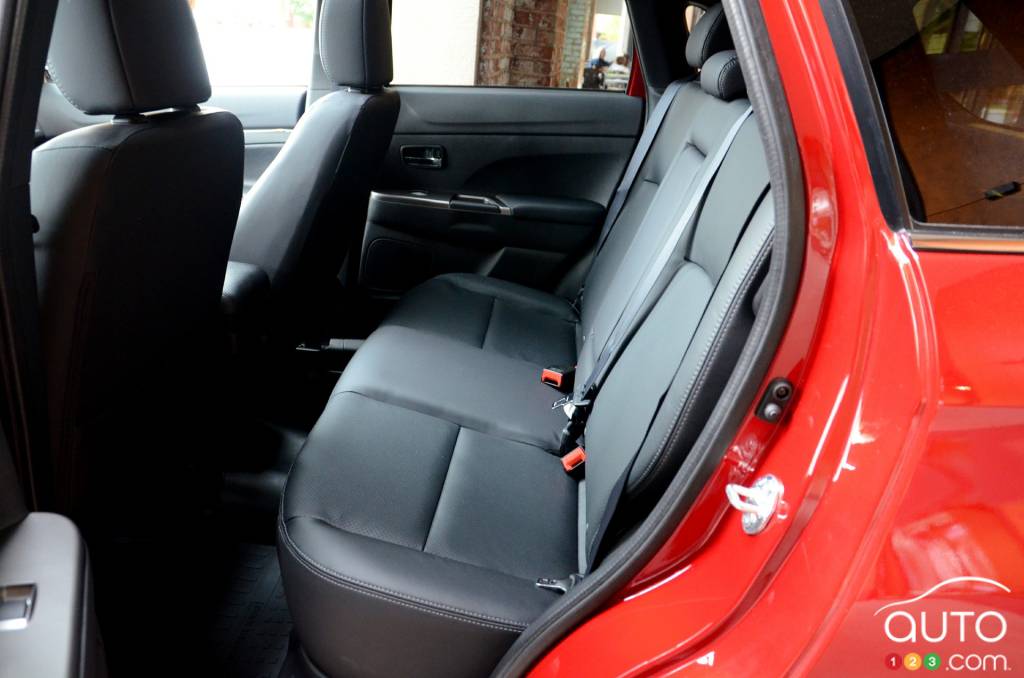