The 2021 Audi Q5 Sportback is unveiled during an online presentation.

The word Sportback is not new at Audi. We've had the Sportback version of the A5 model for a few years now, Audi recently presented a Sportback version of its Q4 SUV, which is set to debut here next year, and Europe also has a Q3 Sportback. At the tail end of last week, the German manufacturer presented the coupe variant of its most popular model, the Q5.

A trend's a trend
Those who follow the comings and goings of the automotive industry know that German automakers are engaged in a mighty battle, and that each is intent on matching the others, model for model. The Sportback version of the Q5 is thus no surprise, and it represents Audi’s equivalent to the BMW X4 and to Mercedes-Benz' GLC coupe.

It consists essentially of the same structure as the Q5, but with a visual difference behind the B-pillar, at which point the roof takes on a more rounded and dynamic shape. In its virtual presentation to invited media, Audi estimated that a third of its Q5 sales could come from Sportback models. "A vehicle for the couple who don't yet have children or for whose children have left home," said Quebecer Dany Garand, one of the Design team behind the model. 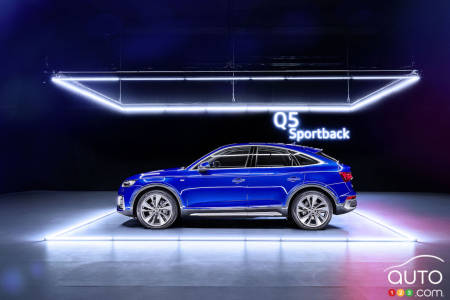 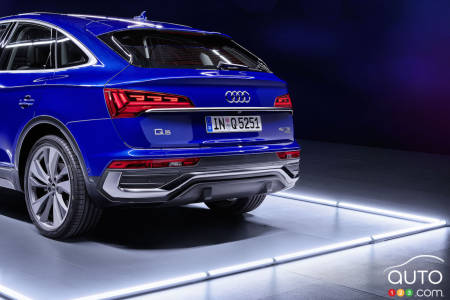 In addition to the rear, which is the most obvious point of separation from the regular Q5, there's also a more tapered, sporty unibody grille with higher air intakes. A wider profile line also emphasizes the more dynamic character of this variant, and the Sportback is also longer overall; its 4.69 meters make it 7 mm longer than the Q5.

On the road, the choices also boil down to the same as you get with the Q5. The Sportback benefits from the same structure and suspension choices, including adaptive air suspension. One small difference: While the Sportback's shape is more visually appealing, it's a little less efficient. 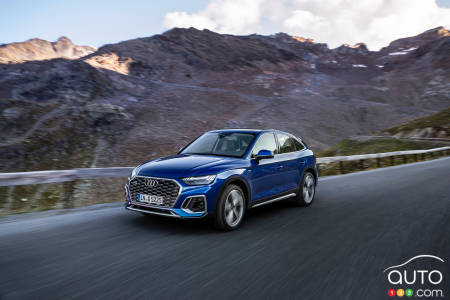 Another difference involves, not surprisingly, cargo volume. Where the regular Q5 offers up 759 litres and 1,710 litres with the seats in place or folded down, respectively, those figures shrink to 510 litres and 1,480 litres in the Sportback model, due of course to the sloping roof that carves off some space. Note that the second row of seats is sliding and allows for an additional 60 litres of space if you move the seats forward fully. 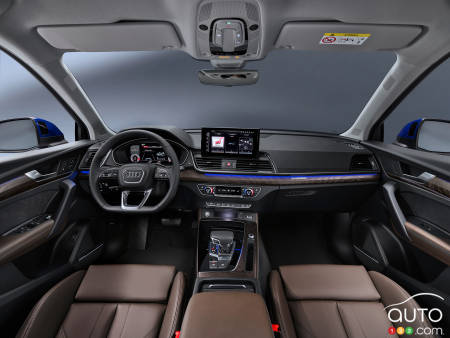 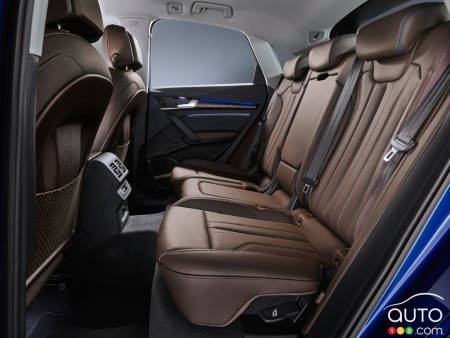 A look inside
You probably won't notice much difference with the Q5 you know. The Sportback uses the same infotainment system with the optional 12.3-inch virtual cockpit and head-up display. There’s also a 10.1-inch centre touchscreen and a voice command system.

No pricing has been announced yet, but it will probably be a little more expensive than the regular Q5, with priority given to better-equipped models. 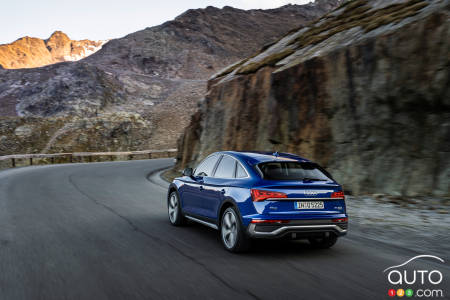 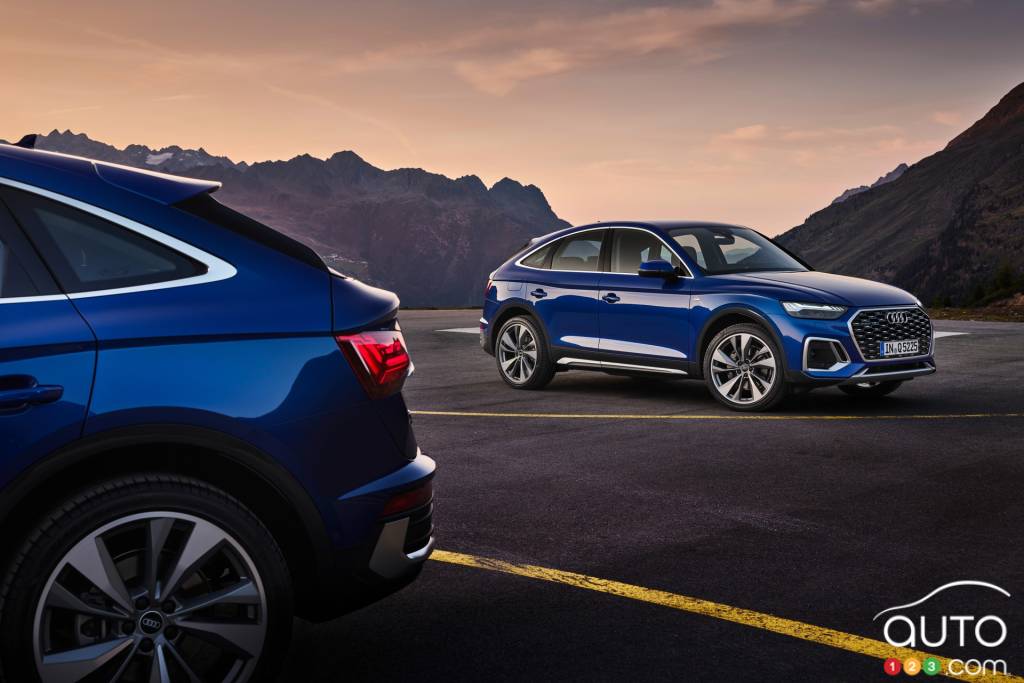 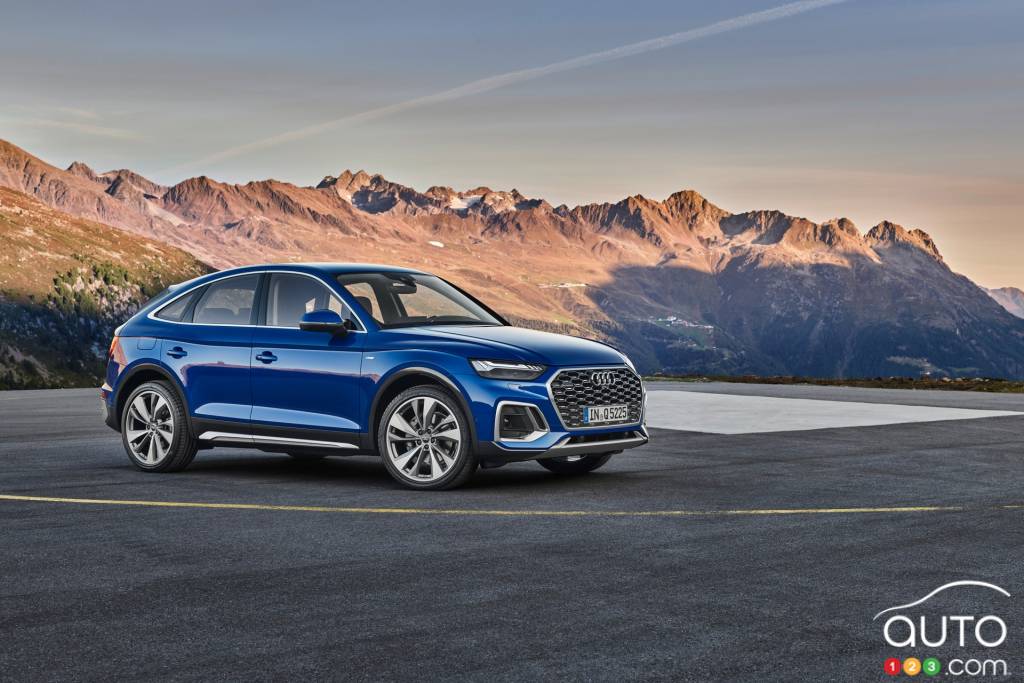 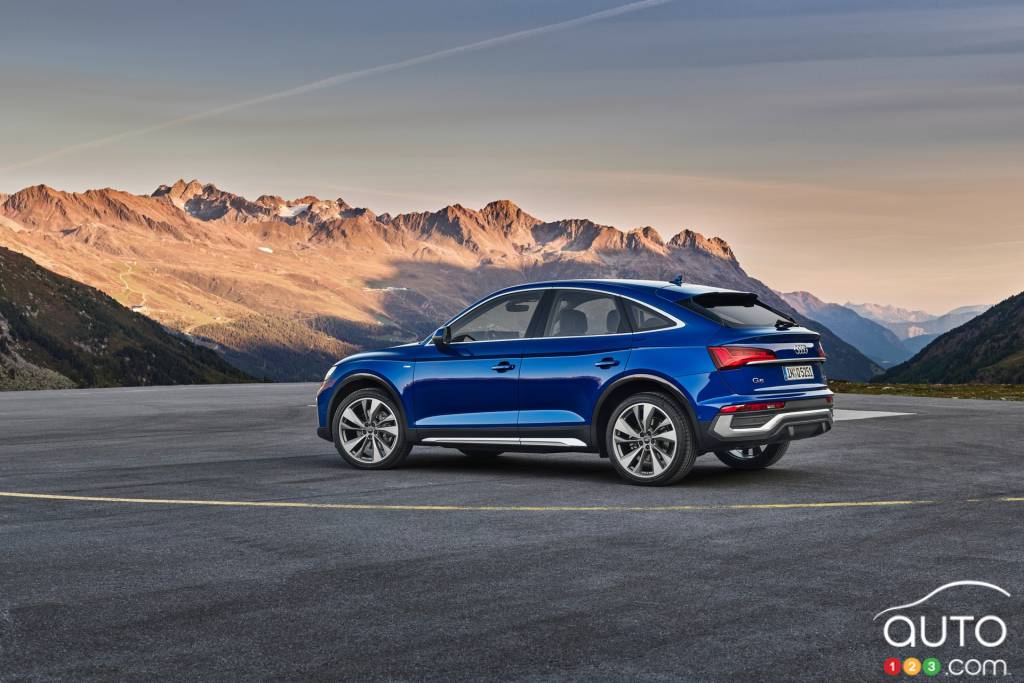 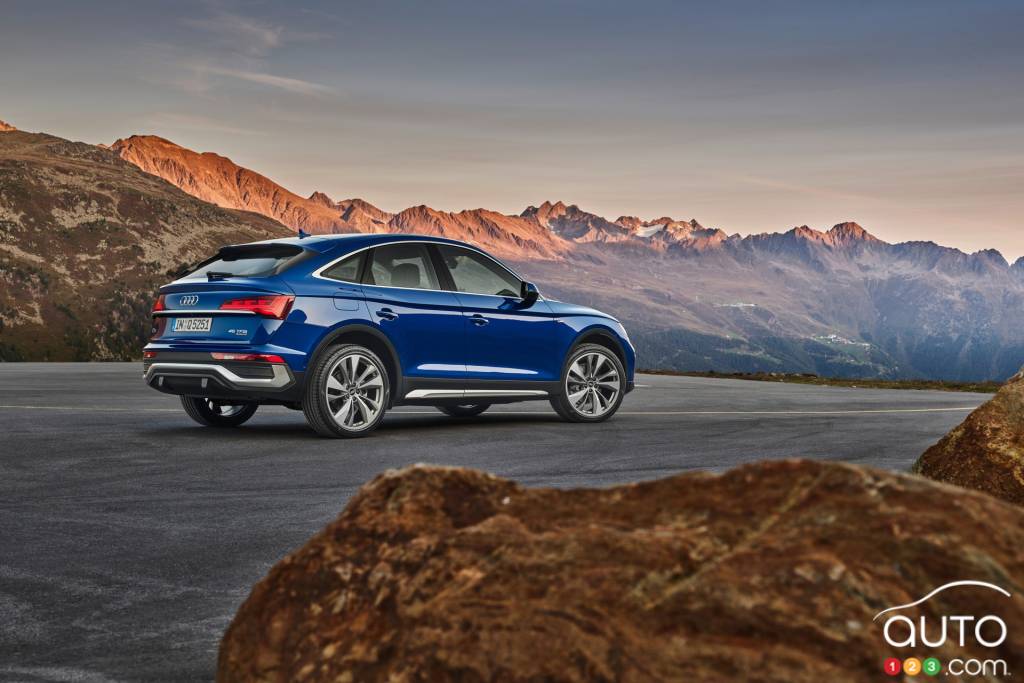 Several improvements have been made to the Jaguar F-Pace 2021 P250 S for 2021. The changes are beneficial and certainly welcome. But we'd like to see two or ...