Earlier this year, Kia revealed some early information about the plug-in version of its Sorento SUV. This week, the company told us more - but the question of whether it will be available in North America remains unanswered.

Mechanically, the Sorento PHEV will be powered by a 1.6L 4-cylinder turbocharged engine and a single electric motor to complete what will be a front-wheel-drive configuration. In total, the Sorento PHEV will generate 261 hp and 258 lb-ft of torque. The 1.6L engine takes advantage of Hyundai's new CVVD (Continuously Variable Valve Duration) technology to increase efficiency and power.

The electric motor is new and improved for this model. It benefits from a new two-step process to reduce noise and vibration levels. A 6-speed automatic transmission manages power.

Kia has equipped the plug-in Sorento with a 13.8-kWh lithium-ion battery. Range estimates are not yet available, but Kia says it "will be sufficient to allow drivers to complete most short trips in electric-only mode”. We’re thinking it will be around 40 km. 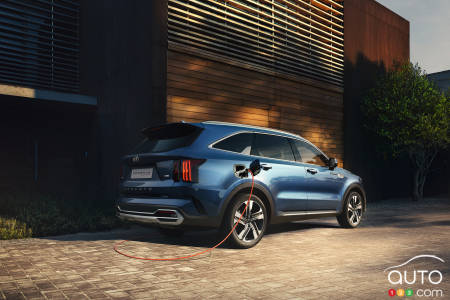 Kia is also introducing new battery technology with this model. The Sorento PHEV will be the first Kia vehicle to use an independent battery water cooling system. The company says the system ensures optimal heat management and battery pack efficiency. The good news is that there is virtually no loss of cargo space with this variant compared to a regular version; loss has been limited to about 4 litres.

Visually, with the exception of the model-specific logos and the presence of a charging port, nothing changes compared to the regular version. The dashboard with a 12.3-inch digital display is modified somewhat to allow for displaying powertrain information. The multimedia system, which comes to life on a 10.25-inch touch screen, will feature a recharging station search function.

According to Kia, sales of the Sorento PHEV will begin in early 2021 in selected markets. As mentioned, no official information is available at this time regarding the U.S. or Canada. 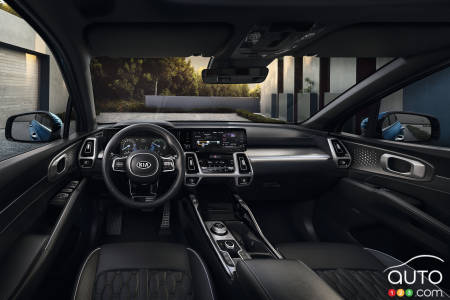 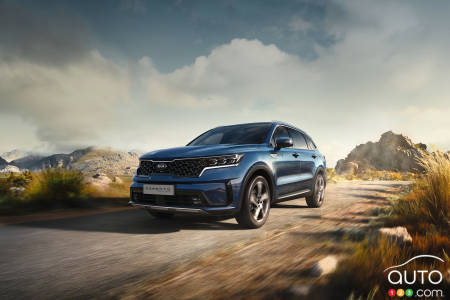 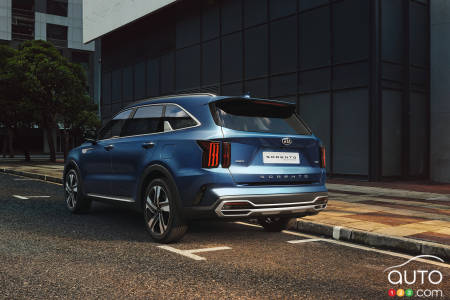 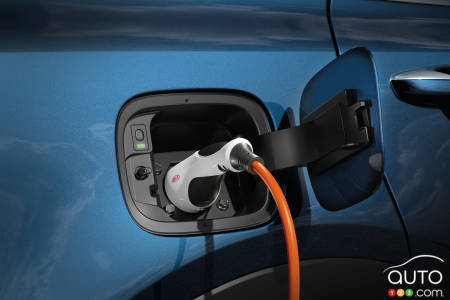