Last Thursday, Nissan rolled out its next-generation 2021 Nissan Rogue SUV in a virtual, online presentation – a sign of the times, and something we can expect to see repeated for the foreseeable future.

For the automaker, the debut of the new Rogue was to be the event of the year. On the schedules of media hacks like us, it was to be one of the major launches for the 2021 model-year.

Instead, we sat comfortably at home and poured over the model's PDF-heavy presentation; not for this day was the powerpoint presentation traditionally given before invited journalists hit the road with the new product.

On this day, we had to make do with the written word… and some images. Hopefully, we'll soon have the opportunity to try out the third-generation 2021 Rogue. The model is important to the brand and this is especially true at this time when Nissan is in dire need of good news. For our part, it's imperative to test drive a model that's being presented to us. Something that can look good on paper might be less impressive on the road.

Photo: Nissan
2021 Nissan Rogue, from above

In the meantime, here's what we did learn about the new Rogue.

Design
The new Rogue changes quite a bit, but it will be recognizable, starting with the V-Motion grille up front. It’s a piece of design that Nissan continues to believe in, although it has thought wise to rework it a bit, notably with a dual approach. There’s a bigger change to the headlights, the design of which is perceptibly more aggressive. In back, the Rogue has grown a more distinctive look, with more character. Other distinguishing features include a floating-style roof and distinctively designed LED taillights.

A lot – OK all – of that is a matter of taste, of course. In describing the shape and contours of the new Rogue, Nissan says it was inspired by the X-Motion concept first presented in Detroit in early 2018 and then at the Toronto Auto Show the same year.

A new foundation
Here we have perhaps the most significant change being brought to the 2021 Rogue: it’s built on a new architecture, one that promises greater rigidity thanks to increased use of high-strength steel - from 19% to 35%, to be exact. The body also benefits from a higher percentage of aluminum; specifically, the hood, front fenders and four doors are made of it. At the very least, the fight against rust will be easier and more concentrated.

Mechanically, the 2.5L 4-cylinder is still the engine of choice, except that it's been overhauled for the new generation of the Rogue. The net result of the tweaks is that power is up 10% to 181 hp, while maximum torque now sits at 181 lb-ft, a 3% increase.

Many of you will be glad to hear that Nissan promises the continuously variable transmission (CVT) that works with the engine is, if not new, at least improved. The CVT now delivers quicker acceleration and better fuel economy, the company says. If it can be quieter as well, we'll really start to be won over. Soundproofing has also been substantially improved, we’re told. That can’t hurt.

Of course, we won’t be able to confirm any of that until we have occasion to drive the Rogue’s third generation.

Safety
There’s no vehicle unveiled today without time being devoted to a presentation of the model’s cutting-edge safety features. The new Rogue is no exception. The Safety Shield 360 safety suite comes standard, thus; it  includes automatic high beams, lane departure alert, automatic emergency braking for both front and rear (with pedestrian detection for the former), as well as both blind-spot and rear-cross-traffic alert.

Adding to the list of safety features is a new system that balances the braking of each front wheel to maintain directional stability. Nissan also promises more-responsive torque in the rear when all-wheel drive is engaged.

Five drive modes will also be at the disposal of drivers: Standard, Eco, Sport, Off-Road and Snow. Each of those is self-explanatory, but we’re most curious to see how sporty Sport mode makes the Rogue.

The interior
A few words about what's on board. Again, it's difficult here to provide you with any kind of informed appraisal until we actually sit down in the darn thing. We are told that there are richer materials, more-sophisticated assembly and more-advanced technology, but we’ll have to wait to confirm it.

Nissan did confirm that the range-topping Rogue model gets a digital instrument cluster with a 12.3-inch screen, in addition to a 10.8-inch head-up display. The Apple CarPlay application is also accessible wirelessly with this trim, as is wireless smartphone charging. A 10-speaker Bose audio system and heated rear seats are also standard.

Below that version, the SV variant comes with the ProPilot Assist semi-autonomous driving system, Nissan Connect services and a panoramic roof, among other goodies.

With the base model, we have to say the offer is generous, and this time, Nissan hasn't forgotten a few essentials that used to be missing, like heated front seats and steering wheel, as well as compatibility for Apple CarPlay and Android Auto applications.

In addition, we're promised a little more space in the back and additional storage options in the cargo bay.

When it comes to colour, however, don't expect miracles. The produce offering will include a few Kicks-style two-tone schemes, but nothing stunning. A total of five shades of grey are available. Not exactly an extravaganza of colours.

Conclusion
Pricing and official consumption ratings for Canada will have to be for another day, just like our driving impressions, apparently.

In principle, we should have the opportunity to test drive the new 2021 Nissan Rogue before it hits the market this fall. You can be sure we’ll have a more in-depth appraisal of the model at that time.

In the meantime, it does seem clear that Nissan has taken a step in the right direction, though perhaps not a giant leap. We'll see. 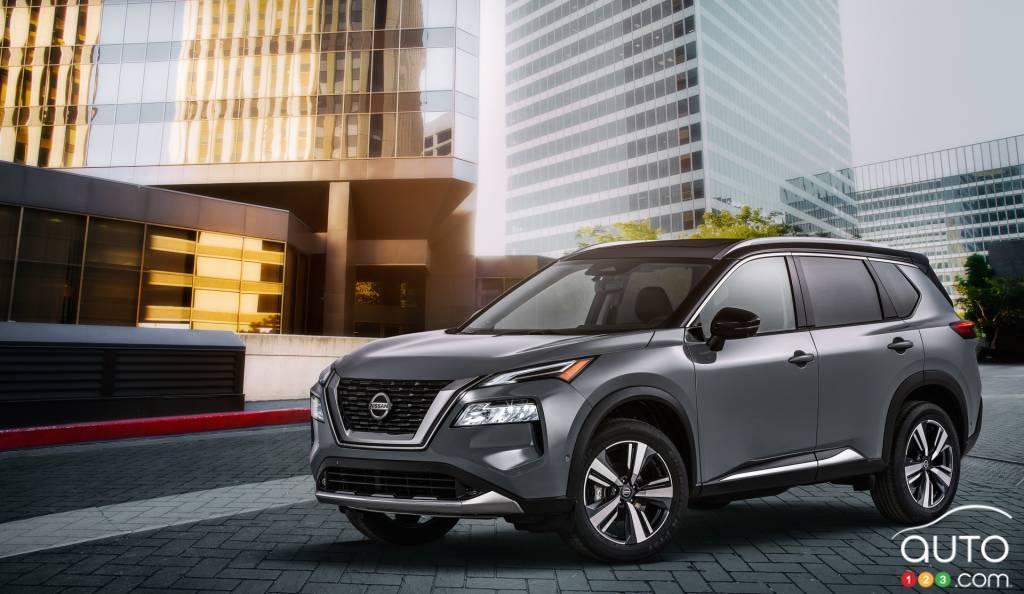 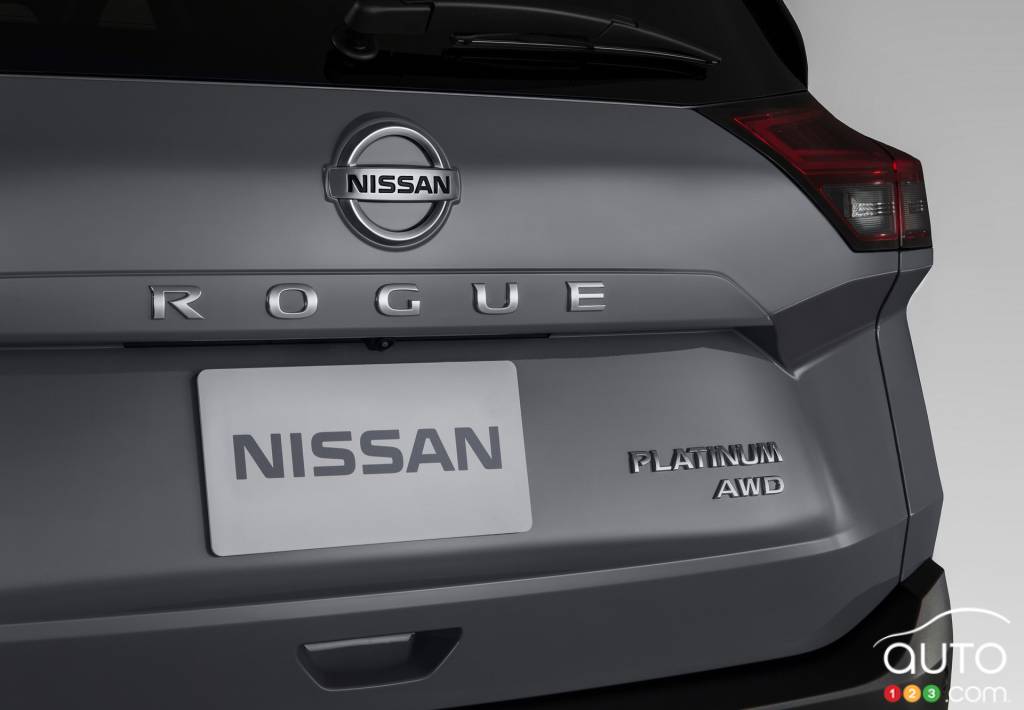 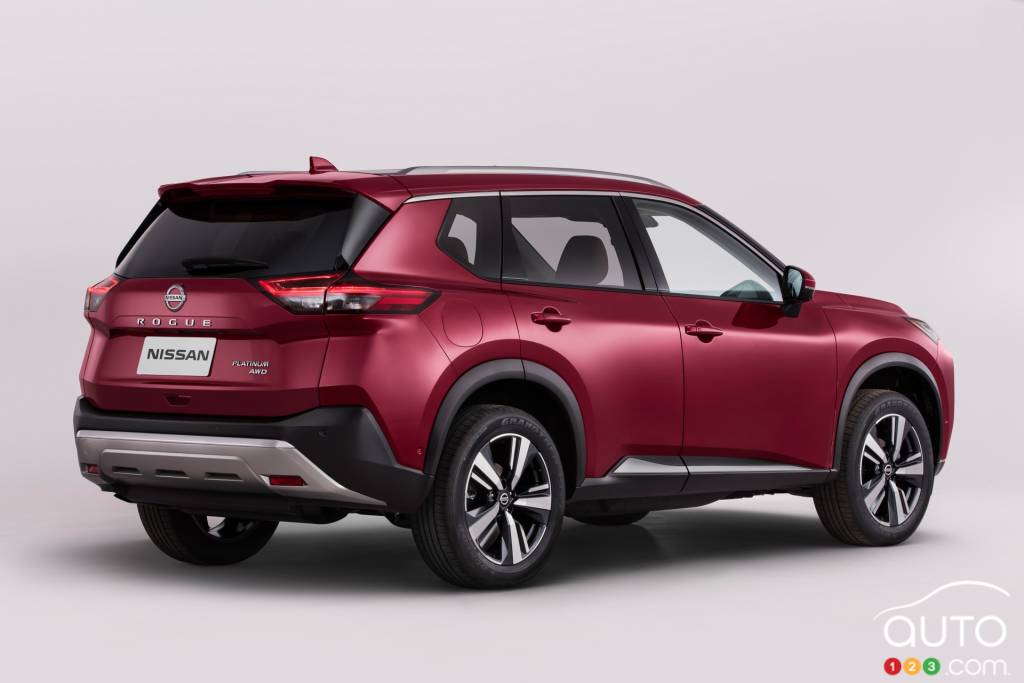 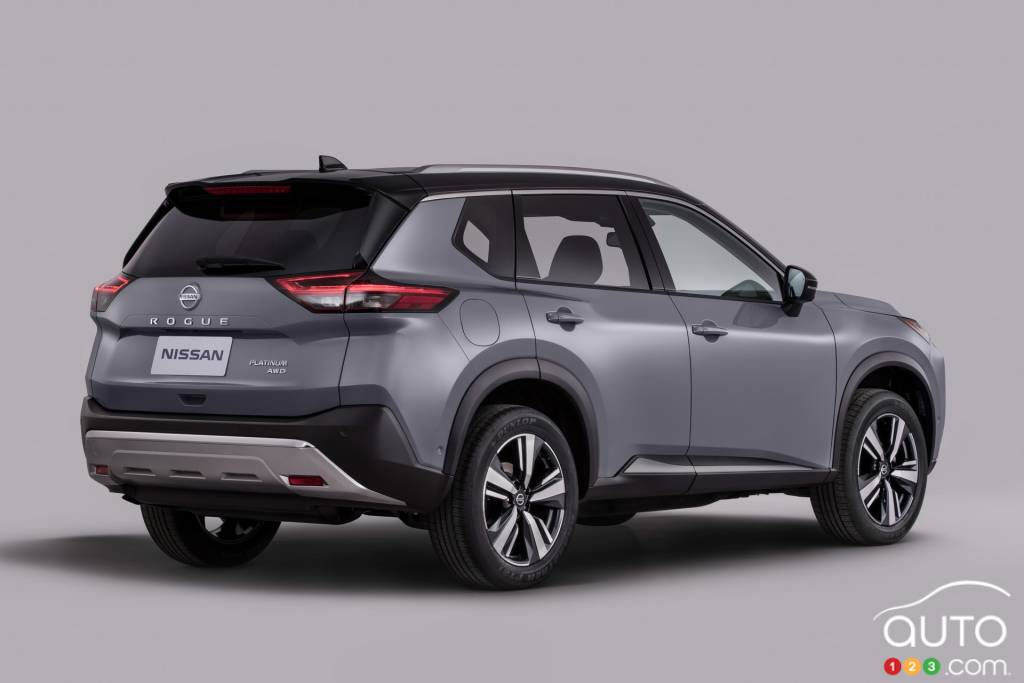 Auto123 finally had occasion to test-drive the new 2021 Nissan Rogue. The exercise allowed us to discover a new generation that is vastly improved and can no...

Nissan Canada has announced pricing for the different variants of its 2021 Rogue SUV, which happens to be the brand’s top seller here. The completely redesig...

Nissan still planning to launch its new Rogue in the fall

Despite the havoc being wreaked by the coronavirus, Nissan still intends to introduce the next generation of its popular Rogue SUV this coming autumn. The mo...