In March 2020, the first automotive event cancelled due to the spreading novel coronavirus was the Geneva Motor Show. The domino effect played its course, so much so that in North America, we’re still waiting for this type of event to return.

It seems possible though that it will happen in Los Angeles next November, although a mini Detroit show will be held at the beginning of the fall.

The Geneva Motor Show also skipped its turn in 2021. This was primarily for Covid-19-related reasons, of course, but there was also much bickering between stakeholders and financial worries for the organizers and the site where the event is held, Palexpo.

In short, there has been no automotive event in Geneva since 2019.

Last Friday, the show's official website announced that the show would return in 2022. 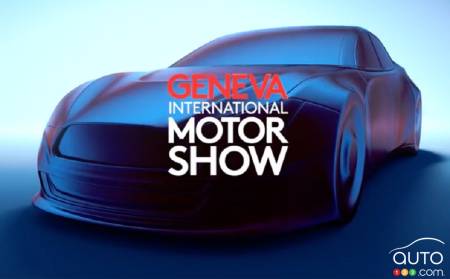 The event, which normally takes place in early March, will be held a little earlier next year. Press days are scheduled for Feb. 17 and 18, while the public will be able to attend from Feb. 19 to 27. The announcement states that exhibitors have until mid-July to register and that the show will be “substantially different from the past”, although no specifics were given.

Among the major international shows, Geneva, which has a history going back more than 90 years, is the only one not held in the backyard of a major manufacturer. This makes it neutral ground of sorts, and given the concentration of international wealth in the country, Geneva is also traditionally the show with the most exotic car exhibitors. These exhibitors are not only looking to attract the attention of the international press. They also want to sell directly to wealthy visitors, a dynamic not really found elsewhere.

It will be interesting to see in what context the Geneva show will open in 2022. Will this tradition be maintained, or more present than usual? Also, depending on the state of the pandemic, will there be a relaxation of sanitary measures? Where will the rate of vaccination be in Europe? What will be the procedure for visitors from other countries?

In short, while normal life is returning tentatively in some places, it’s also clear the “end” of the pandemic will not happen at the same time everywhere and that adjustments will have to be made along the way.

Still, the news is positive. We'll be following this closely, and hopefully we'll have a successful auto show return in North America in Los Angeles in November.

We hope to be there in person to bring you coverage of the show. To be continued.

Organizers of the Geneva Motor Show have cancelled the next edition of the event, which was scheduled for February 2022. The obvious reasons are the ongoing ...

Geneva Motor Show Is Confirmed… for 2023

Organizers of the Geneva Motor Show have confirmed the return of their event for 2023. The event has the distinction of being the first car show to be postpo...

Beijing’s Auto Show Is Postponed Indefinitely Due to Covi...

Organizers of the Beijing Auto Show have officially announced the event is being postponed due to the surging number of Covid-19 cases in China, with no new ...