The Mercedes-Benz C-Class benefits from a fairly major upgrade for 2022. Its maker today unveiled the sixth generation of the luxury sedan to the world, revealing a model that features evolutionary changes to its styling that more than anything bring it into closer line with that of the family's other sedans.

And yes, that’s so even for the AMG variants. 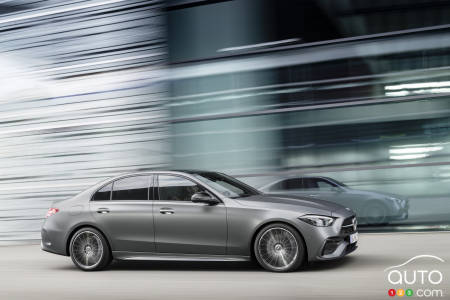 Aesthetically, to find the changes you have to pay attention to the details. Up front, there are scowling headlights and a wider grille, an approach that we've seen with the group's most recent sedans from the A-Class to the S-Class. Similarly, the headlights, thin and wide, are a now-familiar signature of the brand. The hood gains two stripes that add character and the roofline offers a less-pronounced slope toward the trunk. Overall, the C-Class has grown with a 2.5-inch gain in length, one inch added to the wheelbase, and about half an inch added to the width.

The interior reveals a new, distinctive and more-imposing environment, one clearly derived from the new S-Class with its waterfall-shaped panels and massive, horizontally arranged centre touchscreen. The standard screens are 12.3 inches in size for the driver-data screen and 11.9 inches for the multimedia system. 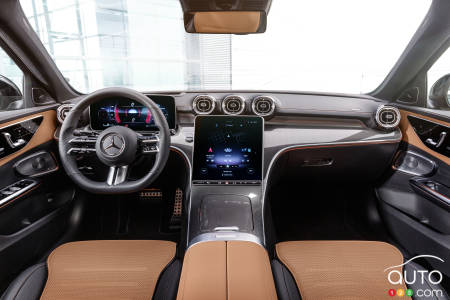 Initially, the C-Class is offered with only one engine, a 2.0L 4-cylinder turbocharged engine. It still develops 255 hp, but now produces 295 lb-ft of torque for a gain of 22. It’s also equipped with a 48-volt starter/generator that produces 20 hp and 148 lb-ft of torque. It allows for smoother starts and stops, as well as regenerating energy at steady speeds and during braking. Despite the increase in torque, the 0 to 97 km/h time actually increases from 5.7 to 5.9 seconds; it will be interesting to see what Mercedes-Benz has to say about this.

The suspension is new, but the multi-link configuration is back from the outgoing edition. The 9-speed automatic transmission is back as well, and of course, models sold in Canada will rely heavily on an all-wheel-drive configuration.

The new C-Class is expected to arrive in late 2021 or early 2022. It will of course be followed by other variants, including those bearing the AMG badge. That's when we'll really see if the wholesale switch to the 4-cylinder engine format proves to be a good thing. 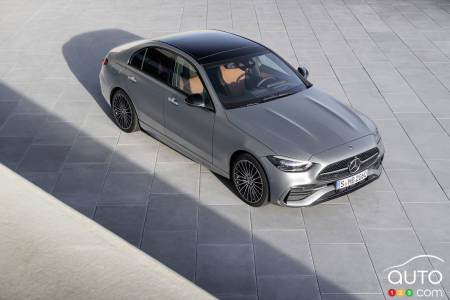 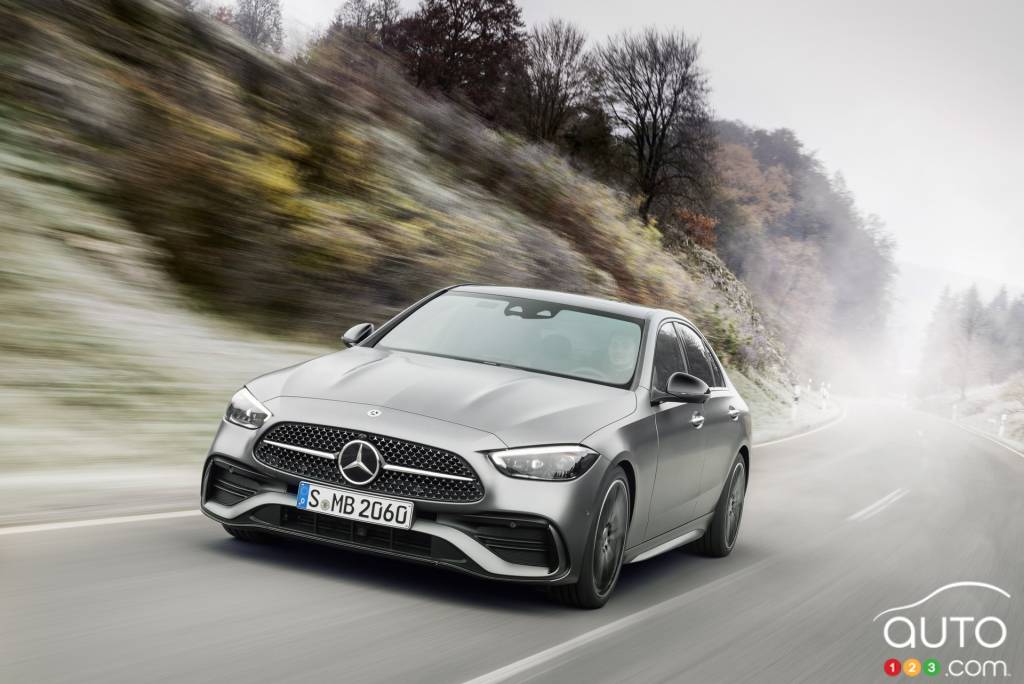 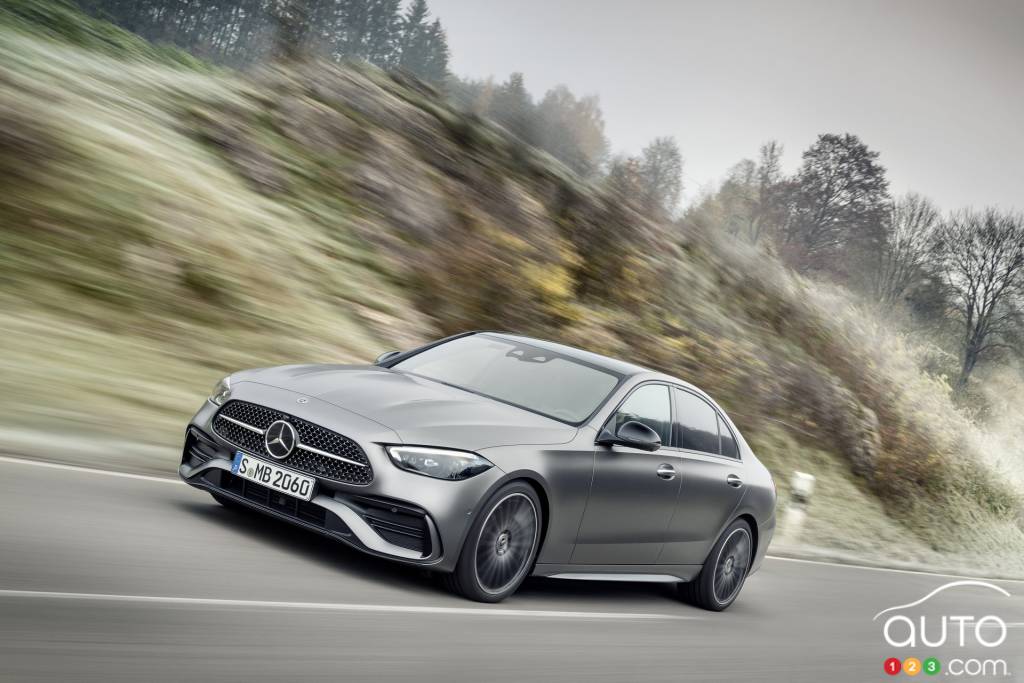 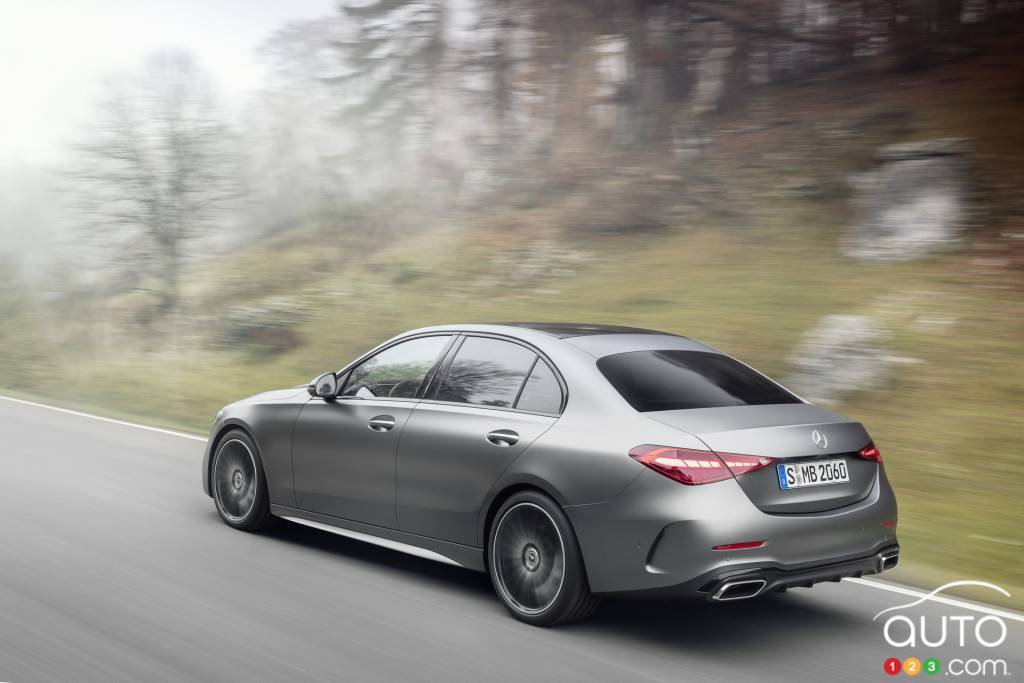 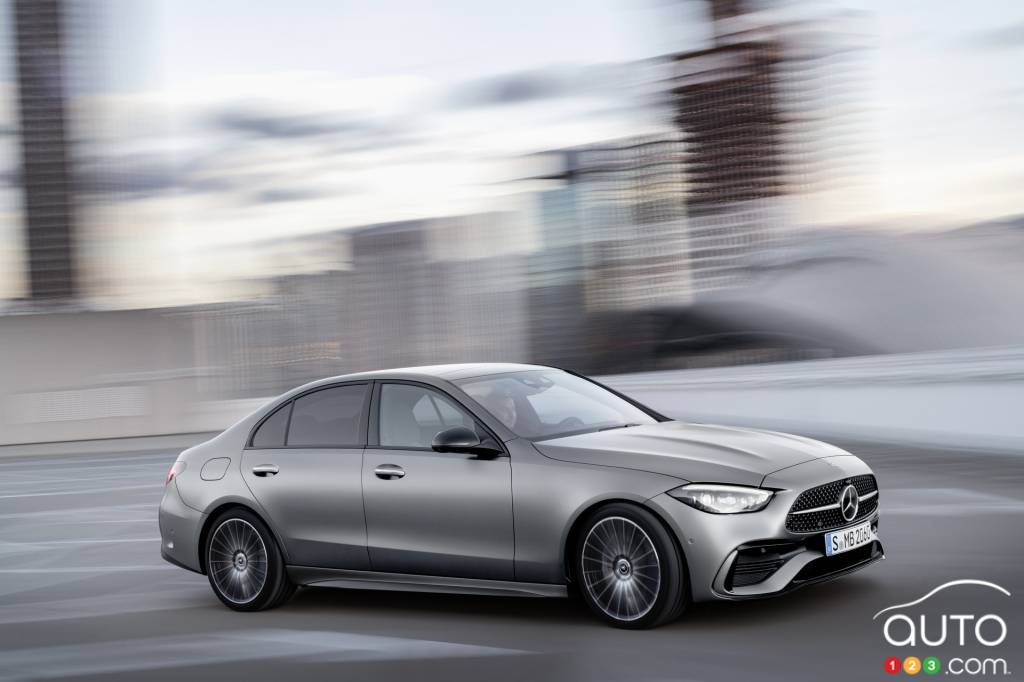 The 2022 Mercedes-Benz S-Class is getting a series of technological improvements developed by the German automaker under the its Innovation by Intelligence b...