The much-anticipated 2022 Nissan Pathfinder has made its official debut. We take a detailed look as we await a first chance at driving the thing.

It’s more than an understatement to say that Nissan’s Pathfinder was in need of a revision. The current model found at dealerships has existed in unchanged form since the 2013 model-year, which of course dates it to even earlier, mid-2012. That’s a long time, especially for a model competing against models get makeovers on average once every three years or so. Fortunately, the wait is just about over, with Nissan planning to have the 2022 Pathfinder ready for customers by this summer. This week, though, we got to meet the fifth-generation SUV… virtually.

A true and proper test drive will tell us a lot more about what the new Pathfinder is made of, of course, but in the meantime here’s what Nissan Canada did reveal to us about the model’s looks, insides and capabilities.

New from top to bottom, front to back
At first glance, you could say that the new Pathfinder moves away from the meek silhouette of the outgoing model to a more adventurous look. The front end still features the V-shaped grille, but there's a subtle nod to the first, 1980s-era Pathfinder with those three small openings at the end of the hood. As for the headlight clusters, they're reminiscent of those integrated into the bumper of big brother the Nissan Armada. Both the daytime running lights (the top ones) and the headlights are LEDs on all trim levels of the new three-row SUV.

As with most other Nissan models, Pathfinder will be available in four trim levels: S, SV, SL and Platinum.

Seen from the side, the new model shifts away from the continuous rear windows to a more aggressive look with a forward-sloping C-pillar. In addition, as with the rest of the lineup, it’s possible to order the vehicle with a contrasting black roof. In fact, Nissan Canada says the offering includes eleven colour combinations, including four two-tone options.

The rear end is actually the most-transformed section of the new Pathfinder, with slimmer position lights, a license plate integrated into the bumper and a tailgate that proudly displays the letters P-A-T-H-F-I-N-D-E-R. The new model can be equipped with 18- or 20-inch wheels, depending on the level selected.

Same engine, new transmission
Under the hood, the model's regulars won't be out of place, as the naturally-aspirated 3.5-litre direct-injection V6 is back with 284 horsepower and 259 lb-ft of torque, but behind it, the continuously-variable transmission (CVT) has been chucked. Few – and certainly not yours truly – will lament its departure. It has been replaced by a nine-speed automatic transmission, which should, in principle, improve the driving experience delivered by the Pathfinder.

Good news on the drivetrain front as well: here in Canada, intelligent all-wheel drive is standard equipment. Like the new Rogue, the Pathfinder also gets a thumbwheel to select among several drive modes (Standard, Sport, Eco, Snow, Sand, Mud/Roof and Towing), except that the Pathfinder gets two more. The towing capacity of the old Pathfinder (6,000 lb) is maintained, while a trailer stabilization system is standard on all trim levels.

A more-inviting Pathfinder?
In general terms, if there's one thing that's greatly improved in recent Nissan models, it's the quality of the interior. And, at first glance, this new SUV is the latest example of that trend. The dashboard adopts a more-linear design, quite in contrast with the slightly baroque “luxury sedan” feel of the previous model. The side climate-control vents set the tone, along with the two screens (one behind the steering wheel, 12.3 inches wide, and the other, touch-sensitive, up to 9 inches wide) or even the gear knob seen in the new Rogue. The head-up display also enters the picture, but only from the SL level on up, with the optional Premium Package.

The 2022 Pathfinder also comes with a third 60/40-split third-row bench seat for added storage flexibility, while Nissan promises a second row seat that's even easier to operate thanks to the EZ FLEX system, which can be activated with a single button. Not surprisingly, the SUV's soundproofing has been reworked, notably through the use of laminated glass and more material to insulate the cabin.

Of course, the SUV's interior can be upholstered in fabric, leather or premium leather (in the Platinum trim). Also note that the seats, side mirrors and steering wheel are all heated, starting with the base model.

What about technology?
These days, even a subcompact car is expected to come with a certain level of technology. The Pathfinder is, unsurprisingly, well equipped in this regard. The in-house Safety Shield 360 system is installed on all Pathfinder models; that package delivers a long list of safety systems. ProPILOT Driver Assistance is also integrated into all trim levels, while ProPILOT with Navi-Link, an option on the Rogue Platinum that uses navigation to reduce vehicle speed on the approach to curves and intersections in particular, comes standard on the SL level.

The 2022 Pathfinder also includes Apple CarPlay wireless and Android Auto systems - the wireless version is coming soon, we are told -, as well as NissanConnect services with wireless internet connection. Other gadgets include inductive smartphone charging, a 13-speaker Bose audio system and much more.

But the ultimate test will take place when the weather turns nicer outside. Nissan Canada is preparing to debut the new 2022 Pathfinder this summer, and it's a good thing - the brand's lineup needed it. 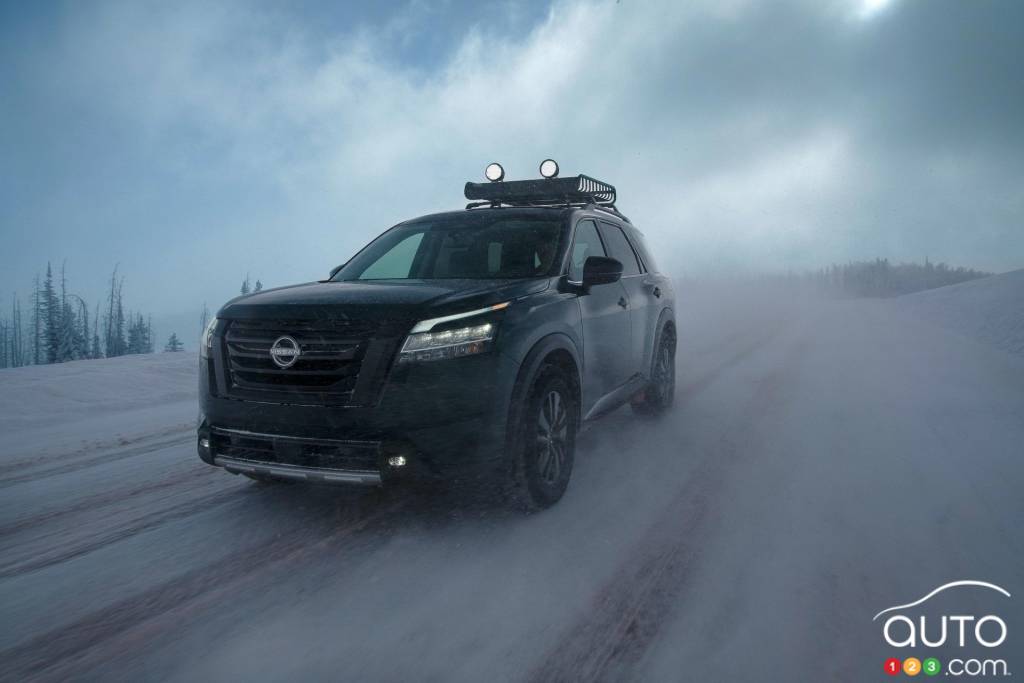 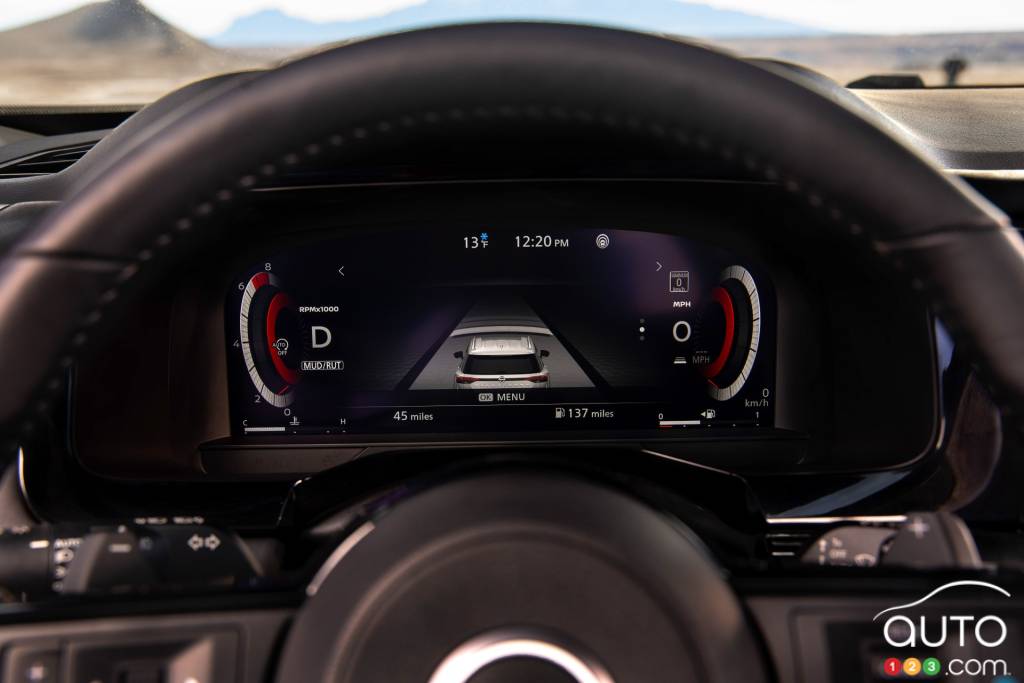 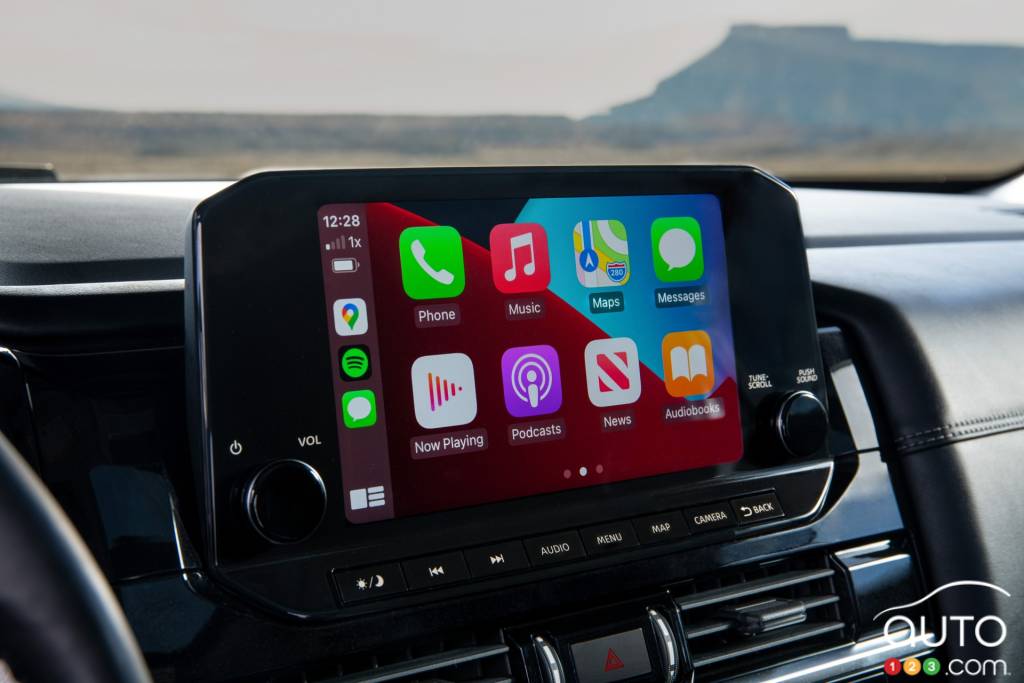 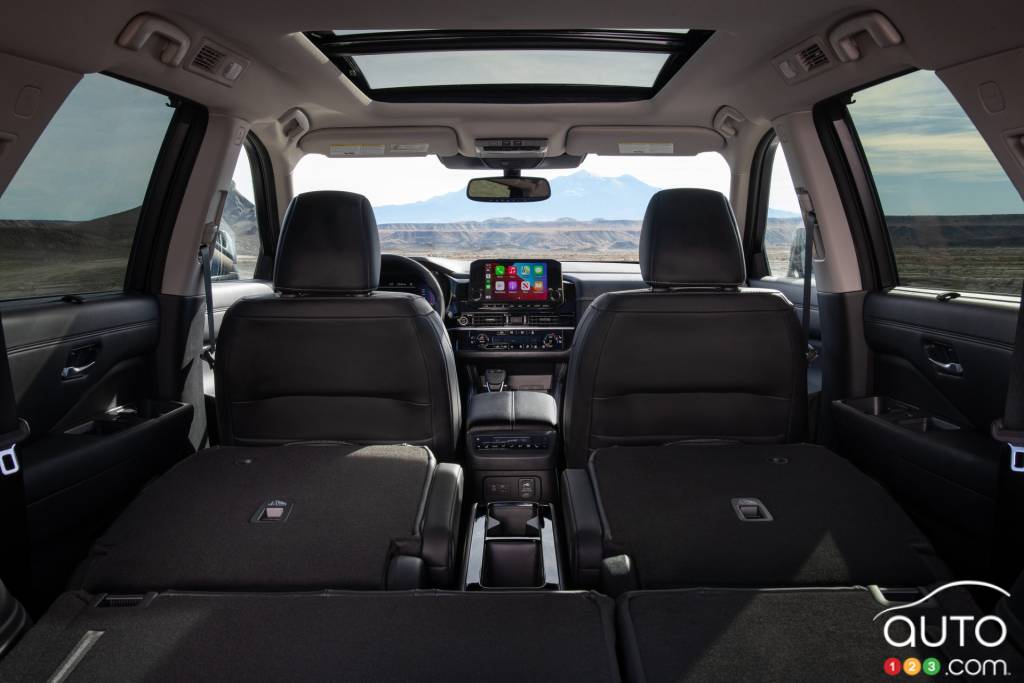 The 2022 Nissan Pathfinder is getting a much-needed, well-deserved and long-overdue makeover. It's safe to say that the SUV is now properly equipped to go to...

Nissan Canada has just announced pricing for its new 2022 Pathfinder. The next-generation SUV is expected to hit dealerships this summer and will carry a sta...