Rumours started circulating last year that the current Volkswagen Tiguan was going to get a mid-cycle redesign. VW has now confirmed that to be true, and so Europe will get an updated and revised Tiguan next year, while North America will have to wait until 2022 to see it.  Here’s what we’ve learned about the new Tiguan.

Immediately noticeable are changes made to the front and rear ends of the SUV. The images released by Volkswagen are of the short wheelbase version of the model, however, so we’re left to imagine the slightly longer product that will also hit dealerships late next year.

Otherwise, there are new streamlined headlights that seem to be one with the front grille. The bumper is much more massive, especially in the case of the R-Line version. Volkswagen has also modified the emblem of this variant. New wheel designs will also be offered with all trim levels. LED headlights are standard and new colours are being added to the catalogue. 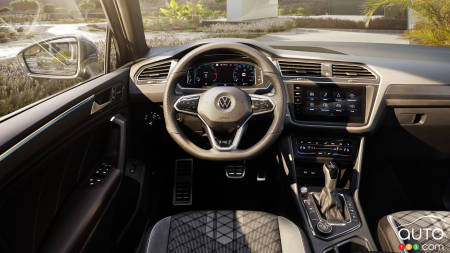 The interior has also been redesigned. Silver and grey dominate, but new colours for the seats - Hazelnut (brown) and Cinnamon (light beige) - will add a bit of life on board. However, it's the technological improvements that are the real appeal of this update. Volkswagen has made the 8-inch digital dashboard a standard feature, completely abandoning traditional gauges. A 10.25-inch screen is even offered, but you'll have to upgrade to a higher trim (SEL R) to get it. Of course, the information is embryonic, as we'll have to see how the offer will look at home.

The latest generation of Volkswagen's multimedia system (MIB3) will also be on board. A new steering wheel with touch controls will be standard, and you'll also be able to enjoy ambient lighting with 15 colour choices.

The base version (S) will inherit more standard features, including heated seats, a keyless entry system and almost all the driver assistance systems available from Volkswagen. 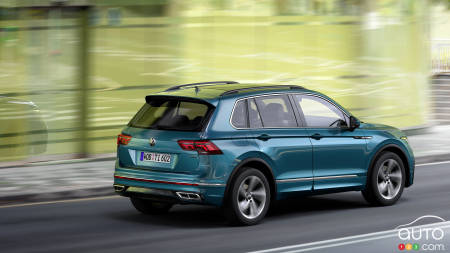 Mechanically, there should be no changes, but the company said it has made some software adjustments to the engine and transmission to "improve handling". The 2.0L turbocharged 4-cylinder will still deliver 184 hp and 221 lb-ft of torque, and it will once again be mated to an 8-speed automatic transmission. Fuel consumption will also be the same at 10.7L/100 km city and 8.0L/100 km highway.

It remains to be seen what fate will befall the other versions that will be marketed in Europe, namely whether they'll make the crossing to North America. There are mainly two of interest: the Tiguan R performance version and the plug-in hybrid variant. In these two cases, output is 315 and 241 hp, respectively.

Considering that the current model's output is average at best, the arrival of reinforcements on this front would be welcome. The same goes for a more-compact version of the Tiguan, although we know that Volkswagen is currently working on a sub-compact SUV for our market.

Patience is in order here as far details and a launch date go; but if you're looking at replacing your vehicle in 12 to 18 months, you at least now have an idea of what to expect with the new Tiguan. 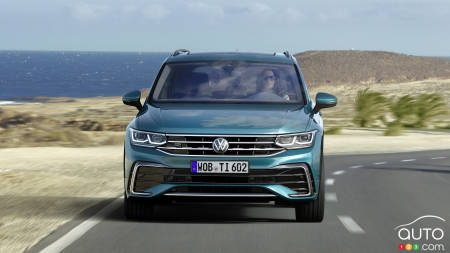 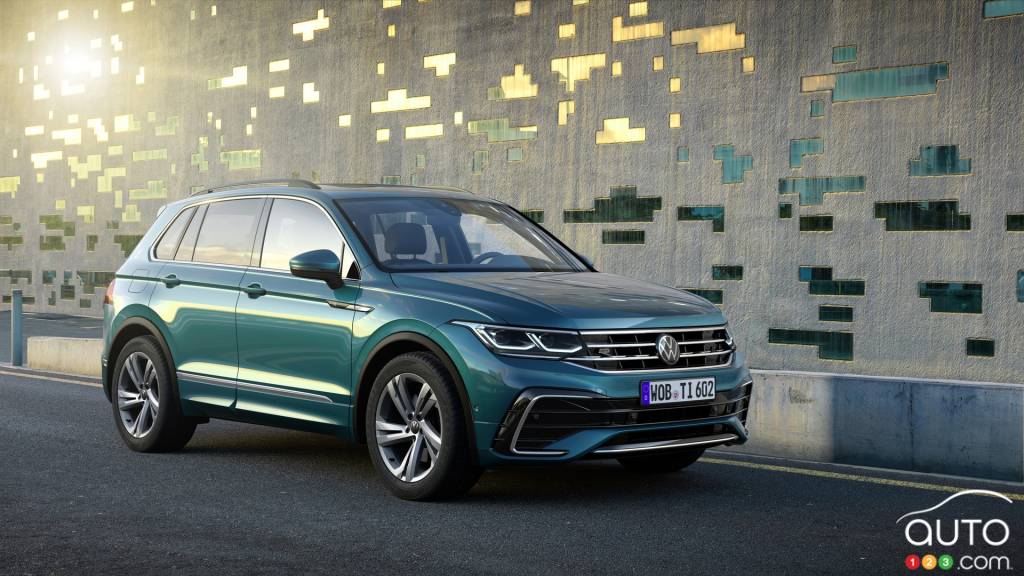 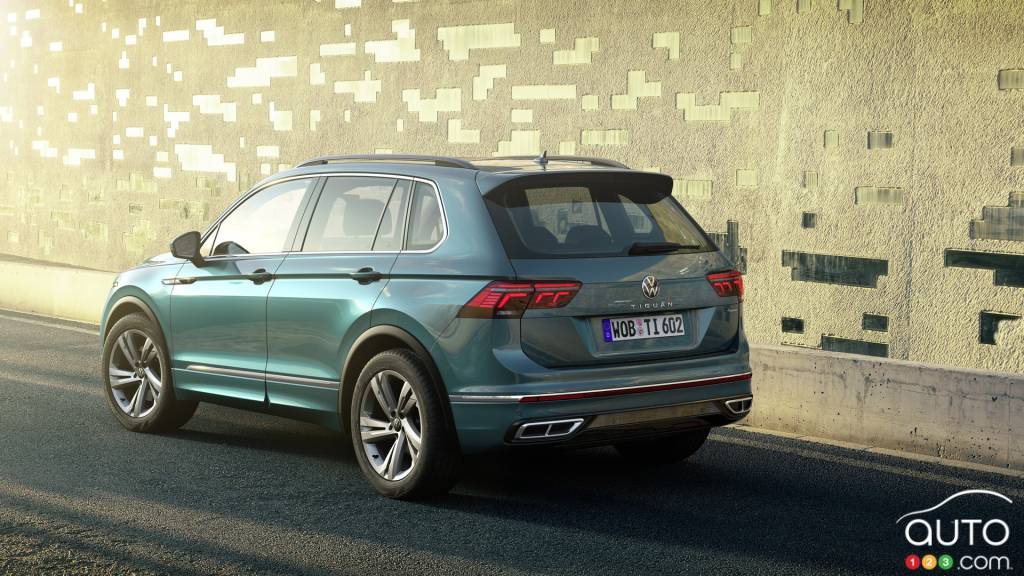 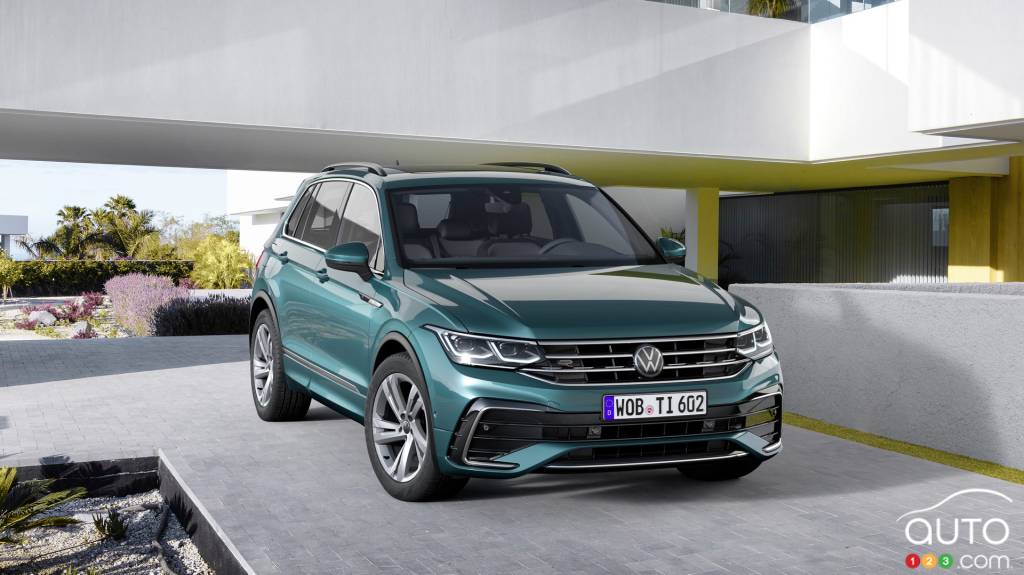 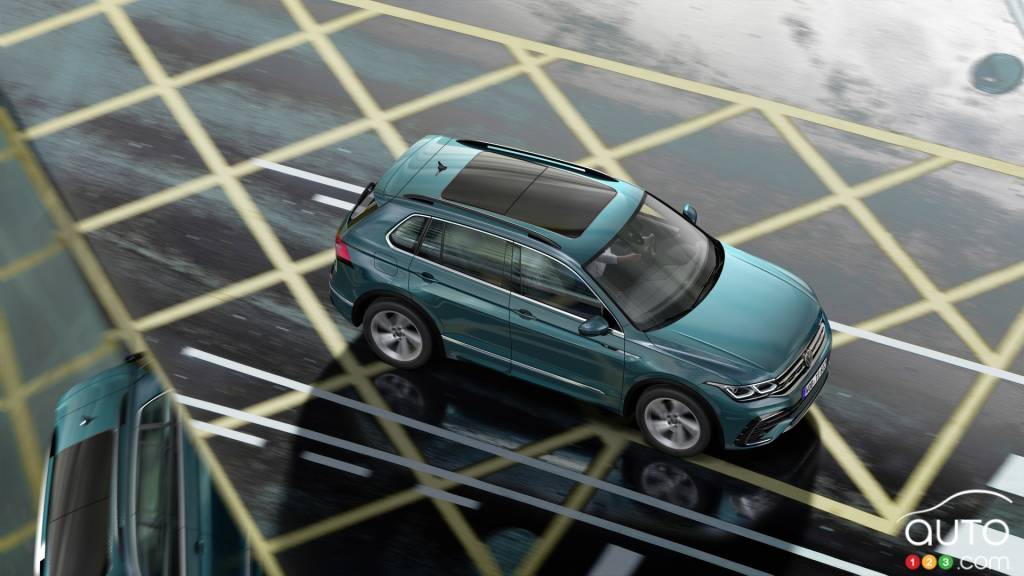 An Update for the Volkswagen Tiguan in 2022

Volkswagen is preparing an update of its most popular model across the planet, the Tiguan. The European version of the SUV should be presented before the end...

The all-new 2022 Volkswagen Taos SUV was given a virtual premiere presentation today, and so we get a fuller image of the compact SUV that will slot under th...