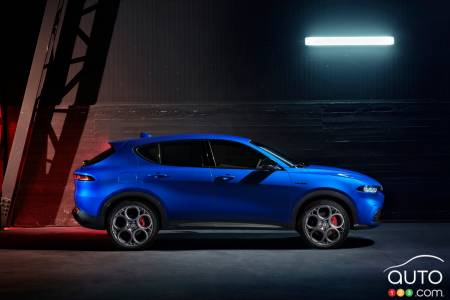 We've been hearing about this one for a while now, but it's finally made its public debut. The 2023 Alfa Romeo Tonale is now officially among us.

Obviously, for a brand with only a handful of models under its wing, the arrival of a new one is big news. Even more so when you consider the segment the Tonale will compete in. The luxury compact SUV segment is booming and the boom shows no sign of letting up.

Now, does the model rolled out (virtually) today have all the tools to succeed?

Aesthetically, this Tonale isn't much different from the concept we first saw in 2019. We find the brand's main design elements, for instance the inverted triangle at the heart of the fascia and rims that adopt the surface of an old rotary phone dialer as a theme. 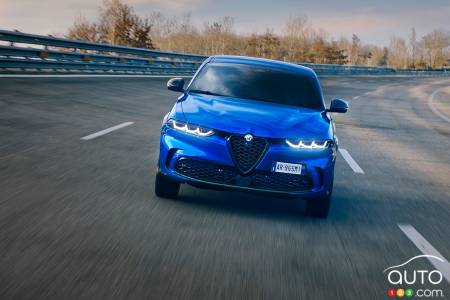 Mechanically, the options are numerous and they vary around the world. Here in Canada, there will be two proposals in the offering, starting with a plug-in hybrid configuration comprising a 1.3L turbocharged 4-cylinder offering 180 hp going to the front wheels, as well as electric motor good for 121 hp to drive the rear wheels. In total, combined output is 272 horsepower.

The electric motor draws its energy from a 15.5-kWh lithium-ion battery. A 6-speed automatic transmission manages the whole and the proposed range in all-electric mode is estimated at 48 km for our market.

Three drive modes will be available, by the way - one that combines the combustion and electric motors, a second for purely electric travel, and a third, dynamic, for maximum performance of both engines.

The second option open to Canadian buyers is a 2.0L turbocharged inline-4, this time paired with a 9-speed automatic transmission. This block will offer 256 hp and 295 lb-ft of torque, with power going to all four wheels.

Alfa Romeo promises that the Tonale will be sporty to drive, and of that, we have no doubt. 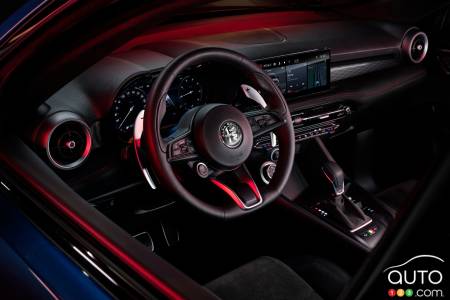 On board, everything seems to have been done to put the driver at the centre of the experience. A few things stood out during Alfa’s online presentation, namely the presence of the Uconnect 5 multimedia system on a 10.3-inch screen. For those who remember the pretty mediocre systems included in the Giulia and Stelvio when they debuted, this is good news.

Also, a 12.3-inch digital gauge cluster sits in front of the driver. The interesting touch is that one of the options will bring out a retro instrumentation, which explicitly evokes the brand’s rich past. The odometer takes on the look of the wheels we used to see on Alfas, while the tachometer shows slanted numbers as seen with the brand’s sports cars of old.

Of course, Apple CarPlay, Android Auto and wireless smartphone charging are standard. The Uconnect 5 system even includes Amazon's Alexa virtual assistant. It will even be possible to have packages (the physical kind) delivered to your vehicle, which can literally be used as a reception area if you're otherwise occupied. Quite original.

Count on a comprehensive suite of drive assist and safety systems, of course. 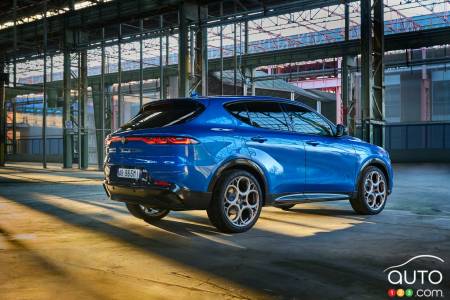 The Tonale will be offered in two trim levels: Sprint and Veloce. The first version can receive a number of options that allow the buyer to personalize the model. The second variant is a more all-inclusive offering. We'll be looking into the makeup of each in greater detail later one, but at first glance, the model looks very promising.

To be built at the Giambattista Vico plant in the Naples region of Italy, the Tonale will make its first appearance in Europe this spring and is expected to arrive in North America just before the end of the year.

The Tonale will be followed by other electrified vehicles in the Alfa Romeo lineup. In fact, this SUV represents the beginning of a new era for the company. 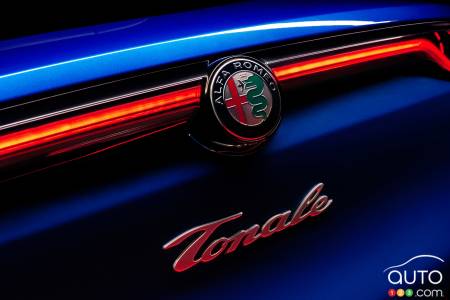 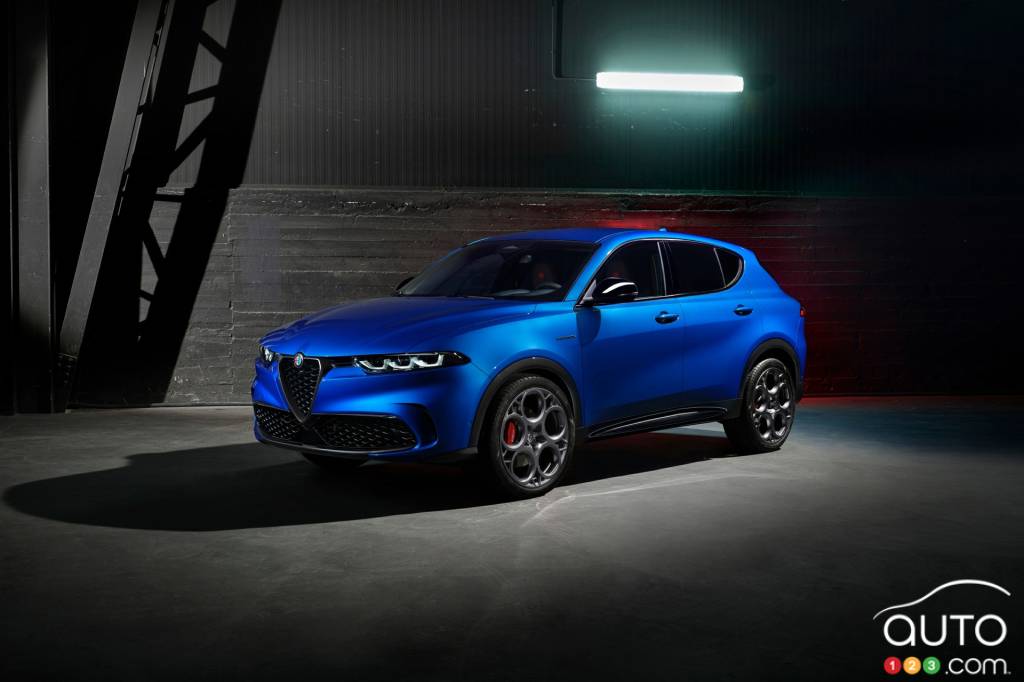 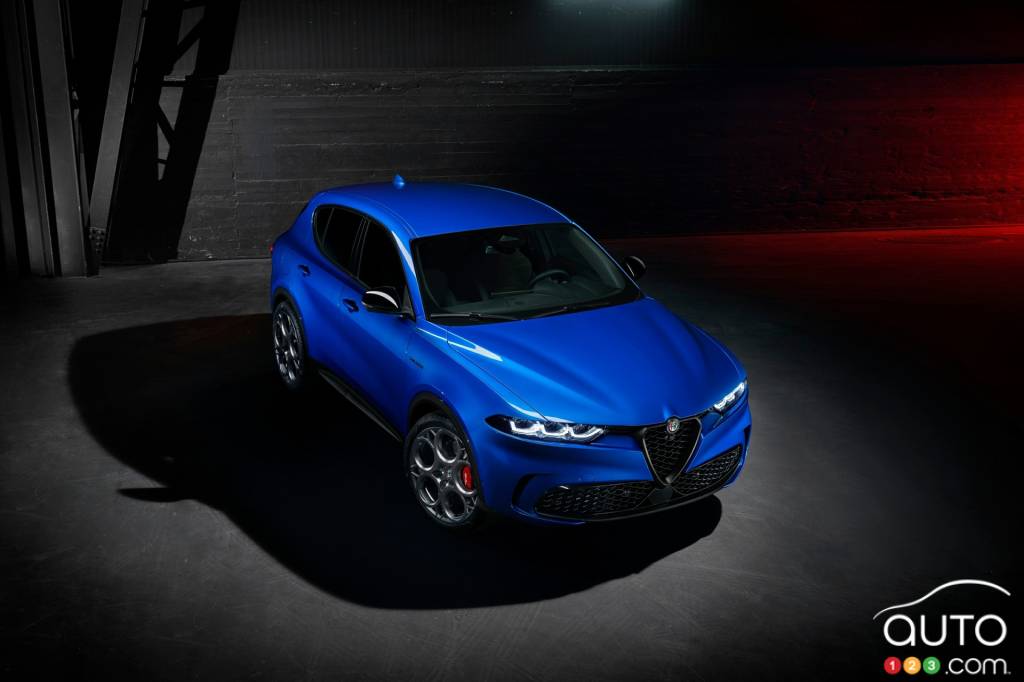 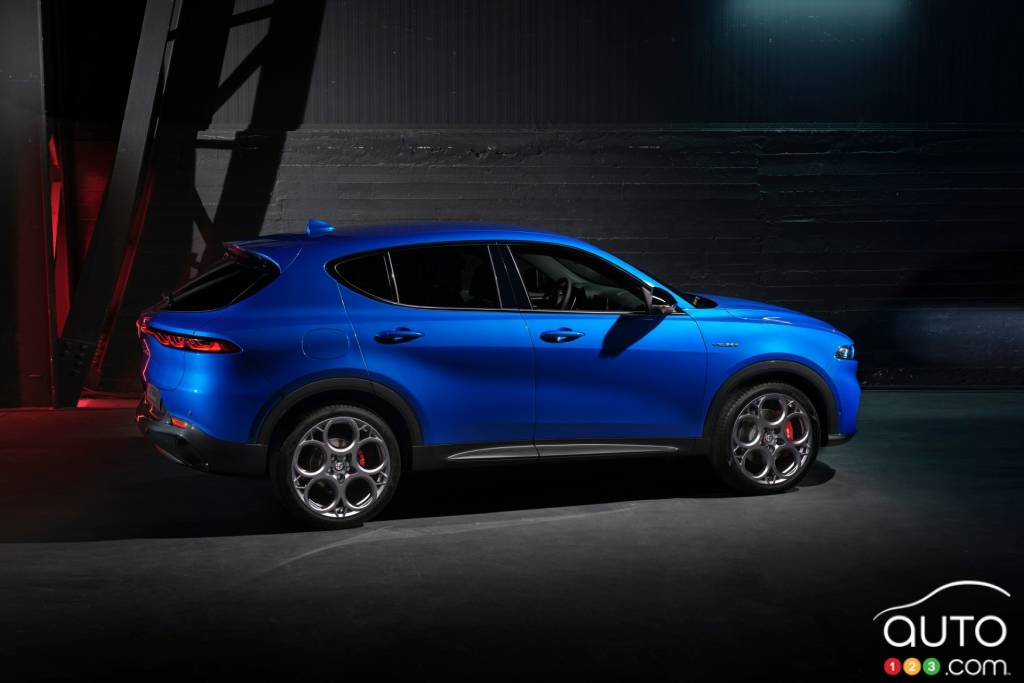 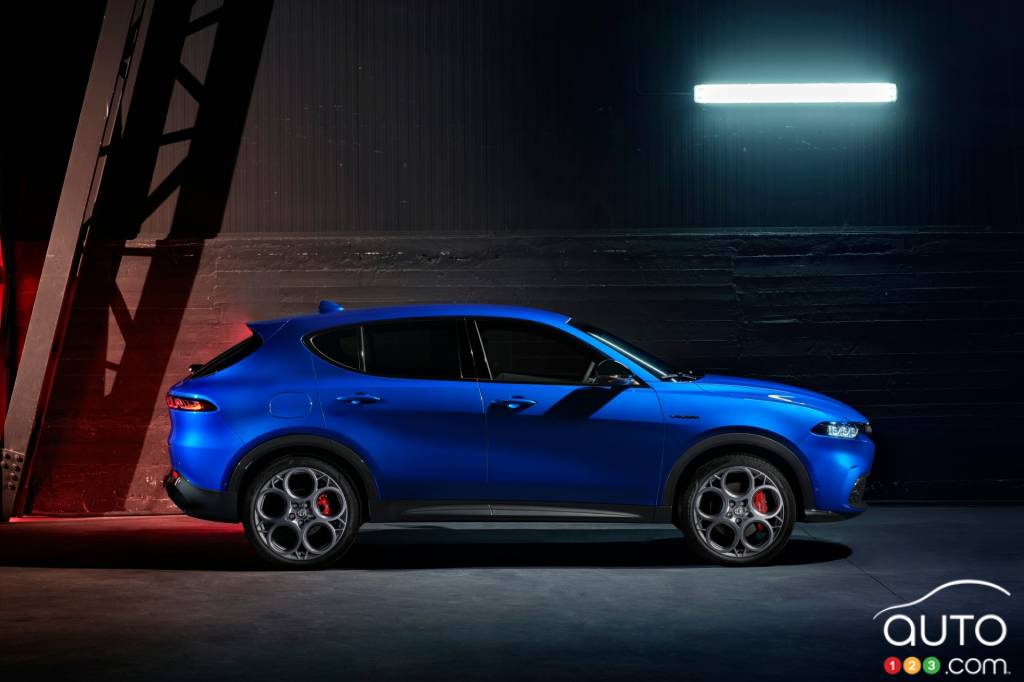 Alfa Romeo Will Introduce the Tonale SUV on February 8

Alfa Romeo will present its much-anticipated Tonale SUV on February 8th. After three years of development and the occasional teaser, we'll finally get a look...