Good news from Alfa Romeo is a bit rare these days, but here’s some: the Stellantis-owned Italian brand has announced it will officially present to the world its new Tonale SUV on February 8.

The reveal comes after a few delays, which is fairly par for the course in this pandemic age.

The Tonale was first unveiled in concept form at the 2019 Geneva Motor Show. The production version was supposed to debut last year, but it was delayed due to a few issues. One of those was the unhappiness of Alfa Romeo's CEO with the way the plug-in hybrid system worked. Then, the microchip shortages that affected almost all high-tech equipment manufacturers further delayed the arrival of the new SUV. The images seen here are of the concept version, of course, and one of the big items of interest on February 8 will be how closely the production version hews to that early prototype.

The Tonale is actually a derivative of a Jeep design, so we’re expecting a model that takes the general shape of the Compass and uses one of the plug-in hybrid systems that model’s European version uses. Two variants offering different outputs are expected, one around 190 hp, the other about 240.

The Tonale will be an important addition to Alfa Romeo's small lineup, especially because of its subcompact size, a format that is very in vogue with consumers these days.

Stay tuned for all the details in early February. 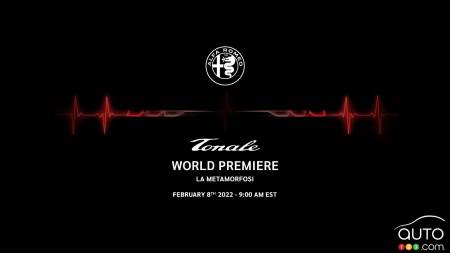 Alfa Romeo has finally debuted the Tonale, the latest new SUV to join its lineup. It will slot in beneath the Stelvio, and it will be offered in a plug-in ve...

Land Rover’s Defender 130 Will Be Unveiled on May 31st

Land Rover will unveil the next version of its Defender model on May 31st. The 130 will have a longer rear end and will be able to accommodate eight people i...