More than a year after the unveiling of the 11th-generation Civic, Honda finally completes the portrait with the presentation of the high-performance version of the model, the Type R. After the regular versions and the Si variant, the Civic range is now complete.

The catch is that it's not that big of a surprise, as we've seen versions of the model in testing. What's more, based on what was done with the other variants, we had a good idea of the direction Honda was going to take with its performance variant.

Still, this was an official debut. For sure, much remains to be divulged, including the price range and another bit of information that is pretty central for a performance model: its powertrain and output.

For this second North American edition, the 2023 Civic Type R has been extensively tested, to the point of recently setting a new track record for a front-wheel drive production car at Japan's Suzuka Circuit, home of a Formula 1 race.

This is the best performing Civic Type in history. And how did Honda manage that? For one thing, the new Type R benefits from a lighter body and increased rigidity, which improves its stability at high speeds. The model responds better than ever to its driver's commands, says Honda. In addition, the suspension elements and steering offer an even greater level of precision than before.

Considering how precise the outgoing model is to drive, this sounds promising. The car was tested on the famous Nürburgring race track in Germany, so it's ready for the road AND the track.

Mechanically, it will still be powered by a 2.0L turbocharged 4-cylinder engine that will work exclusively with a 6-speed manual gearbox that has also been updated and upgraded. The engine speed synchronization system will still be present during downshifts.

The disappointment today is that Honda didn't share details regarding the power of the engine. We can guess that it will be more than the 306 hp and 295 lb-ft of torque of the current edition, but we're still waiting.

The styling
Aesthetically, the shared images speak for themselves. Compared to the previous model, the new Type R is longer, lower and wider. The aerodynamics have been improved to provide more downforce. Reducing the drag coefficient was another priority. There are also wider tires and a unique rear signature of three tailpipes, as well as a redesigned spoiler and a new rear diffuser.

Inside
Inside, this is basically an upgraded version the regular Civic, but there are signature elements exclusive to the Type R, for example suede upholstery that limits body slide when pushing the car hard. The model number plate, which was found on the console with the previous model, is visible on the dashboard.

A data logger (Honda LogR) provides real-time information on the work of the mechanics and the behaviour of the vehicle based on drivers' actions. Other key features include a stopwatch to record lap times and the ability to share driving videos.

The 2023 Civic Type R is scheduled to debut in the fall, at which time pricing will be shared for the Canadian market, along with other details including standard and optional equipment, engine capabilities, fuel consumption ratings and more. 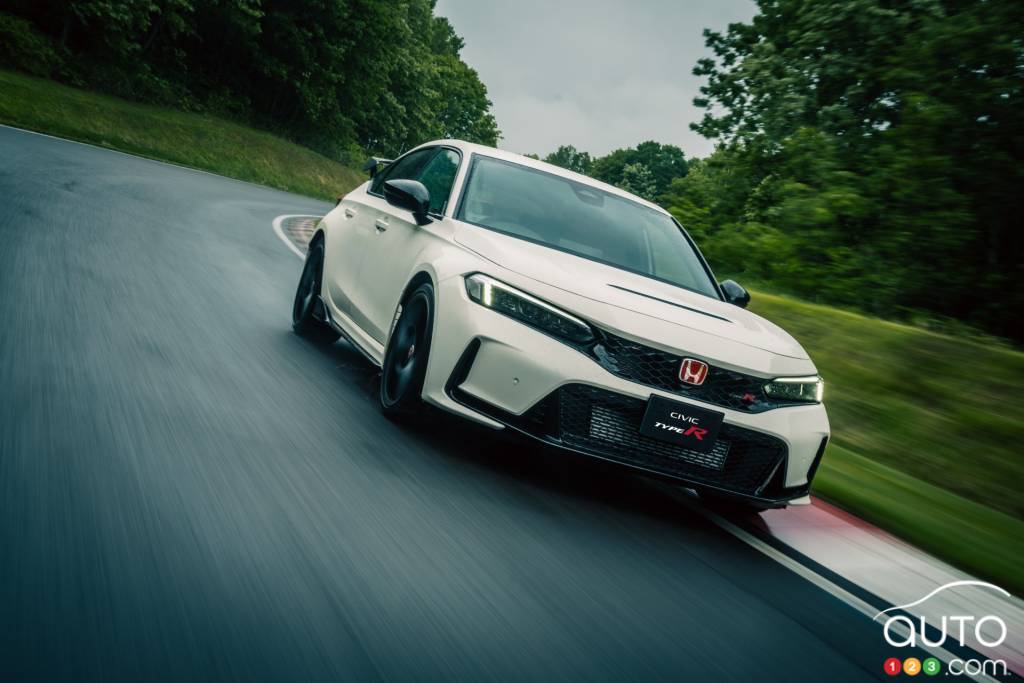 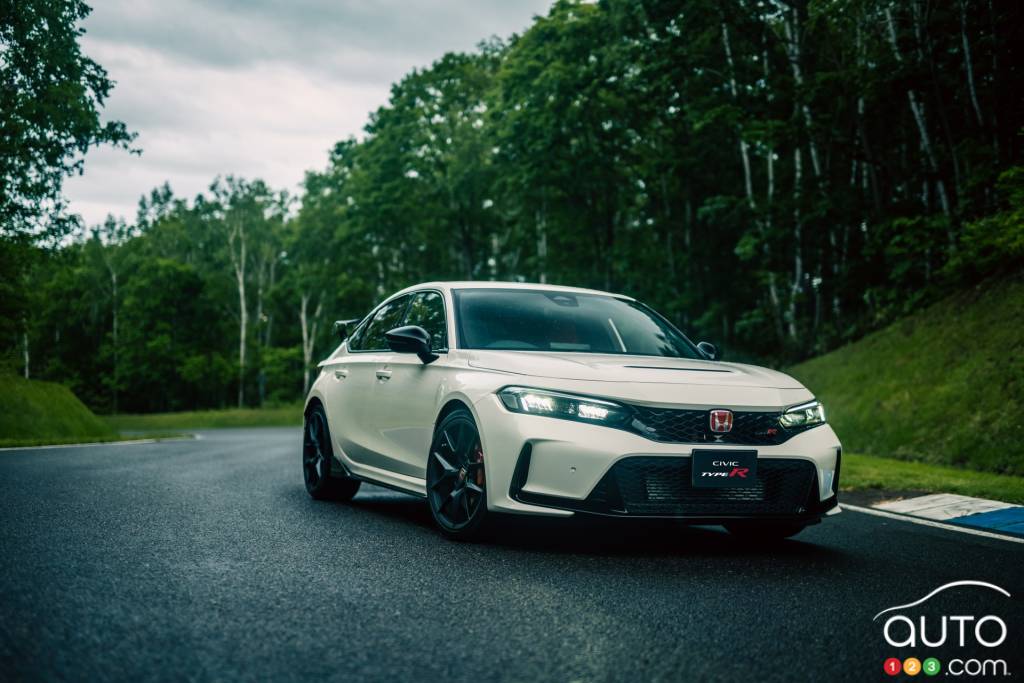 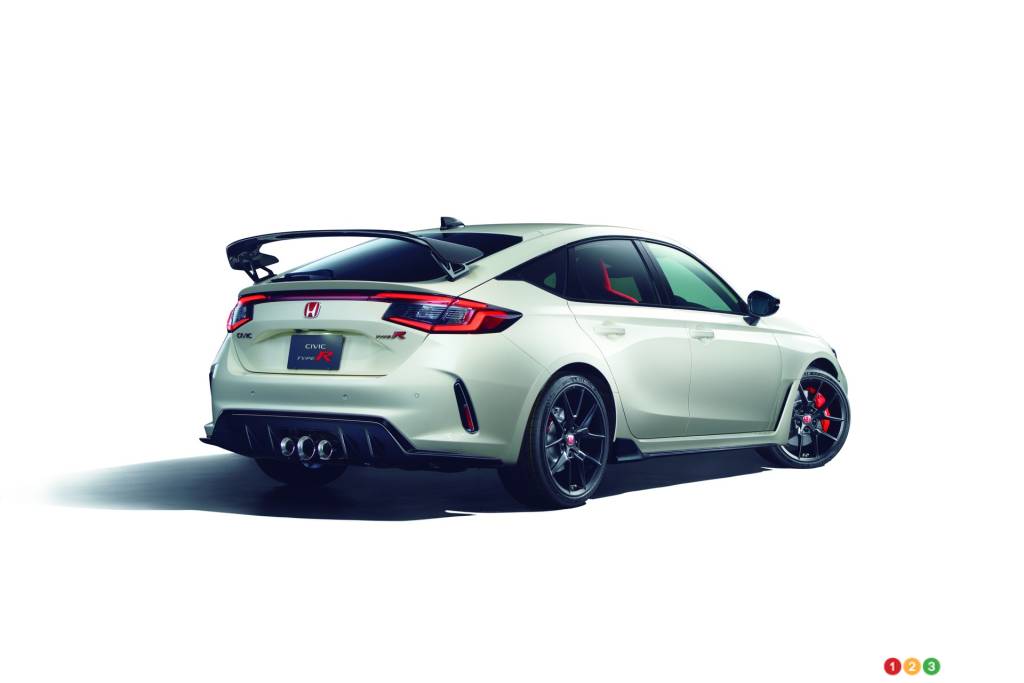 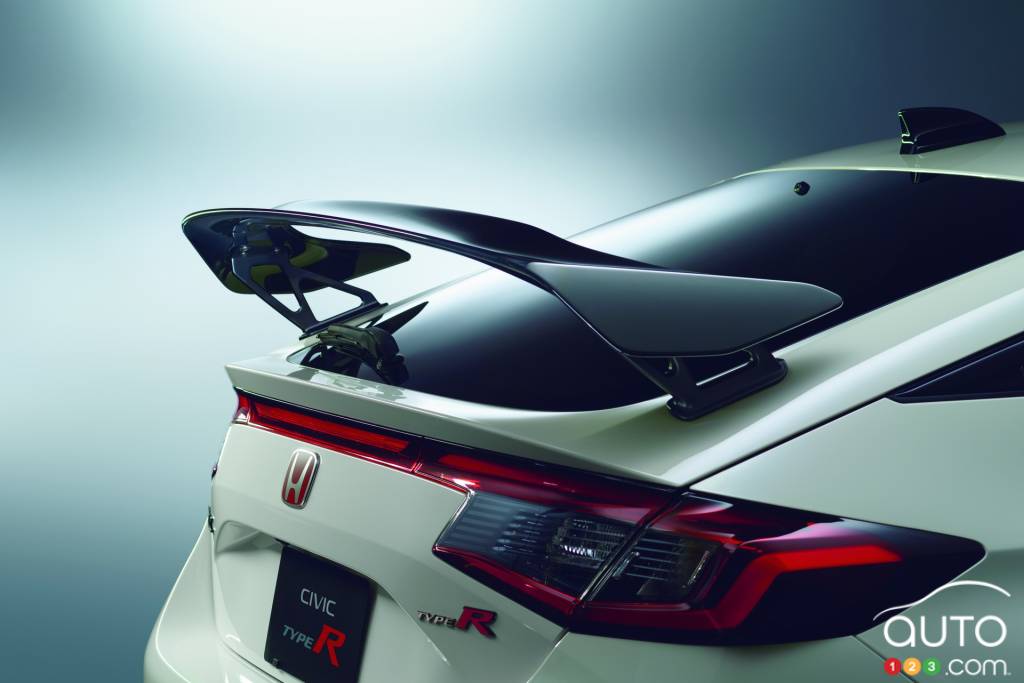 The next-gen 2023 Honda Civic Type R is more restrained in appearance than the outgoing model, but it’s just as exhilarating on the road as before. Indeed, H...

Honda will roll out the next Civic Type R on July 1st. The model will show up in prototype form, with a camouflage outfit, on the occasion of one of the stop...