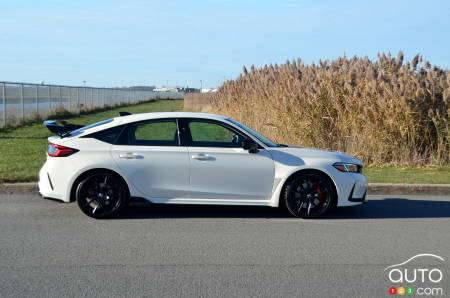 In the pantheon of cars that tend to earn thumbs up - and even a few invitations to partake in illegal street racing - the Civic Type R is definitely a VIP member.

A little over 48 hours is all Honda Canada gave me to see for myself just how much better the new hopped up Civic is than its predecessor. That it's better is already a given.

That's the case with all sports cars that "evolve" over the years. You remember the Mitsubishi Lancer Evolution, for example? The Japanese sedan was aptly named, and the Type R follows in that same vein. 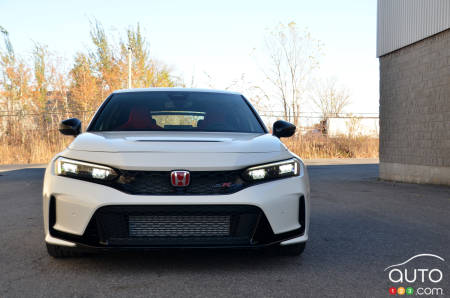 A new generation
This new Civic Type R is actually the sixth generation of the performance model, but it’s only the second one to be offered in Canada. Elsewhere, the variant has been around since the late 1990s, the result of Honda’s wish to inject a more sportiness into its popular car model.

Given the success of other super-compacts, Honda had plenty of incentive to develop its own version to compete in a category inhabited, not so long ago, by a fine selection of exciting little sports cars like the Ford Focus RS, Subaru WRX STI, Mitsubishi Lancer Evolution and Volkswagen Golf R.

Suffice to say that the first Canadian Type R was met with great enthusiasm.

Ok, there was some grumbling from those who found the design was too vulgar with all the mesh and exaggerated aerodynamic appendages, but that's one of the missions of a top-level sports car: to attract attention.

And even though Honda hasn't sold as many Type R's as Civic sedans here, the company can say it hit the target it wanted to hit. This car has its legions of loyal fans. You can bet that the few units of the Type R FL5 (codename of the model) coming to Canadian dealerships won’t stay unsold for long.

Here's what struck me during those two days of testing in November when daytime temperatures hovered around 10°C. That’s not ideal grip weather, but it didn’t stop me from getting out to some of my favourite roads to put the car’s handling to the test. 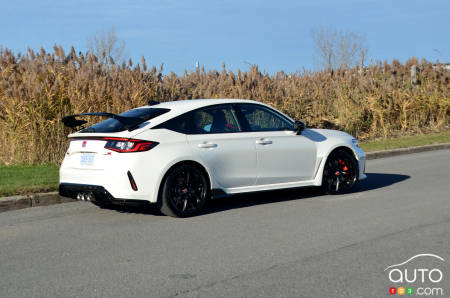 Sober, more mature design
While the previous generation's slightly off-kilter silhouette did rub some purists the wrong way, this new design will probably be more widely loved, if only because the style is more sober, more mature.

The rear spoiler is still there, but for this Civic variant, it almost looks like the car has been developed around the spoiler, so much so that it seems to be taken straight from motorsport. Rest assured, there's more to the Type R than that large black spoiler bolted to the end of the tailgate.

Up front, the bumper is more aggressive with a bigger opening under the grille, while the obligatory red "Type R" badge is in full view. The fenders are also wider than those of the five-door version on which the car is based, to better accommodate the 19-inch diameter wheels (one size smaller than the old Type R).

Behind these extra-wide shoes, we find a braking system worthy of a race car, and one befitting a car powered by an amazing turbo 4-cylinder engine. Those red Brembo calipers do a lousy job remaining hidden behind the matte black rims. The rocker panels are also exclusive to the R, as is the large diffuser that also accomodates a three-pipe central exhaust system.

The aluminum hood no longer has an air intake like on the previous model. On the other hand, there's still a ventilation hatch to get the hot air out of the engine compartment. 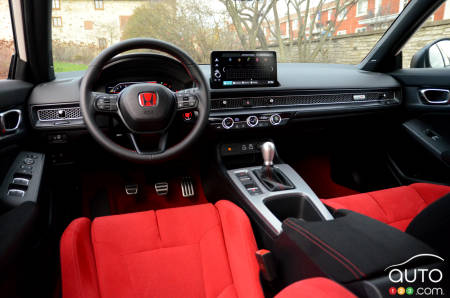 A more inviting interior
Simple story here: the interior is the same as in all other Civics, led by a very linear dashboard. The central grille still houses the ventilation nozzles, while the central touchscreen is placed on top of this strip and the daily controls are now installed under this median line.

What's most striking is the abundance of red, from the hyper-wrapped seats to the carpeting that covers the entire floor. As before, the rear seat is dressed in black corporate fabric, but with red seat belts as well.

The other feature - not surprisingly - that will make dynamic driving enthusiasts happy is the superb driving position that can be found quite quickly, even though there are no power adjustments. The steering wheel and shift knob fall perfectly in hand and that's all the customer wants.

As for the central touchscreen, it's easier to use than in the previous model. But, at the risk of repeating myself, when driving a performance car, it's best to stay focused on the road ahead. The applications on the centre screen can wait until the next traffic light. 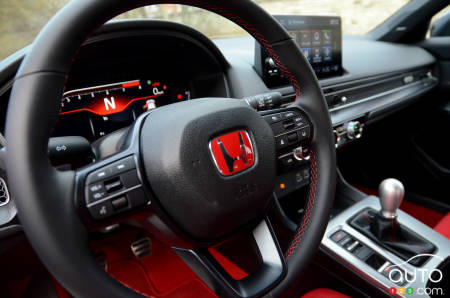 Driving a street-legal race car (take 2)
A few years ago on Auto123, I likened the Civic Type R to a car designed for racing. The Type R would have no trouble withstanding a day at the track, but it's a long way from being a true motorsport car to being a stripped-down, incredibly firm monster.

One of the most striking aspects of the car is the firmness of the suspension, which is a definite advantage when driving on a closed circuit, but which has an impact on everyday comfort. This time around, the more extensive shock absorber adjustments at least allow the Type R to deal with the heavily worn portions of our Canadian road network, especially when you put the car in Comfort mode.

The +R mode, on the other hand, is really only appropriate for closed-course use. On a slightly bumpy road, the car becomes almost impossible to drive. The beauty of electronics is that you can adjust the car's multiple settings by selecting the Individual mode. This is the mode I chose, keeping the mechanical reactions at their most pleasurable level, and the firmness of the suspension and steering at their softest. The heaviness of the steering should also be reserved for closed course sessions. 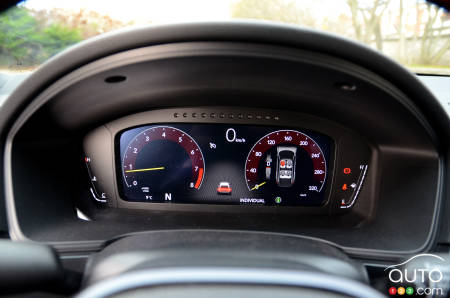 As expected, the 2023 Civic Type R is a superb front-wheel-drive sports car. This Honda once again demonstrates how well a "two-wheeler" can hold its own on a twisty road. In fact, where I think the most powerful Civic in history is most impressive is in tight corners where the front tires seem to be guided by rails.

There is still a sense of torque effect when you push hard on acceleration, but it's very minimal. On the other hand, you have to deal with performance tires that force the driver to keep both hands on the wheel when there are ruts in the road. 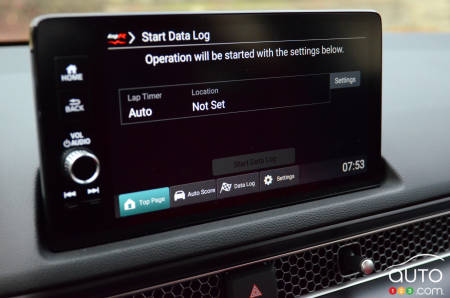 Other than that, driving a Type R on a daily basis doesn't require too many sacrifices from the driver. The interior is that of a compact hatchback, so it's possible to carry larger items on occasion. And the comfort in the front row is not bad at all, and the same goes for the back row.

The steering wheel is also very pleasant to hold, but the piece de resistance remains the brushed aluminum shifter. It's precise, light and its position is simply perfect. I must admit that I preferred the shape of the gear knob of the previous version, but this is a simple detail that can be easily corrected. Not surprisingly, I found the same joyful handling of the gearbox lever of the previous version: light, very precise and very easy to handle. 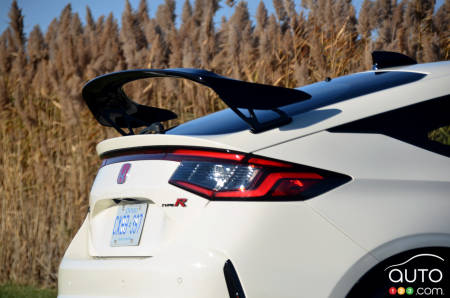 The final word
Once again, Honda pushes the limits of understanding with its new 2023 Type R. In fact, the excellence of this compact sports car reminds us how much we're going to miss these thermal bombs 10, 15, even 20 years from now when the car fleet will have been largely electrified. Get a Type R right away if this kind of beast appeals to you, because the few examples destined for Canadian consumers are going to be gone, and believe me, there won't be any manufacturer's rebate!

The thrilling handling of the manual transmission
315 horses... in a Civic!
The incredible grip 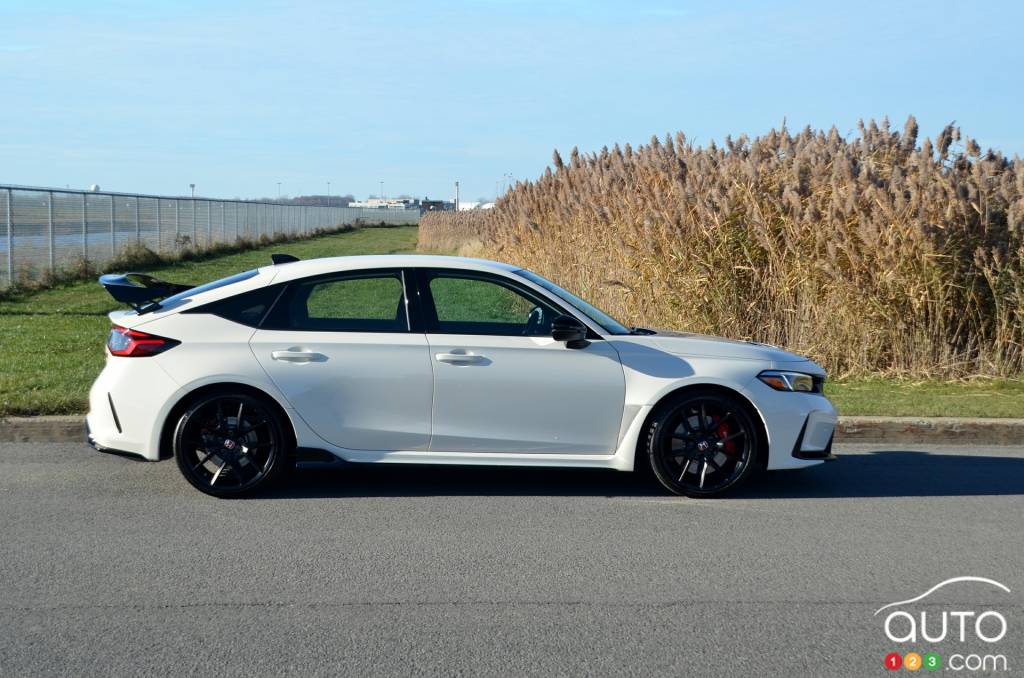 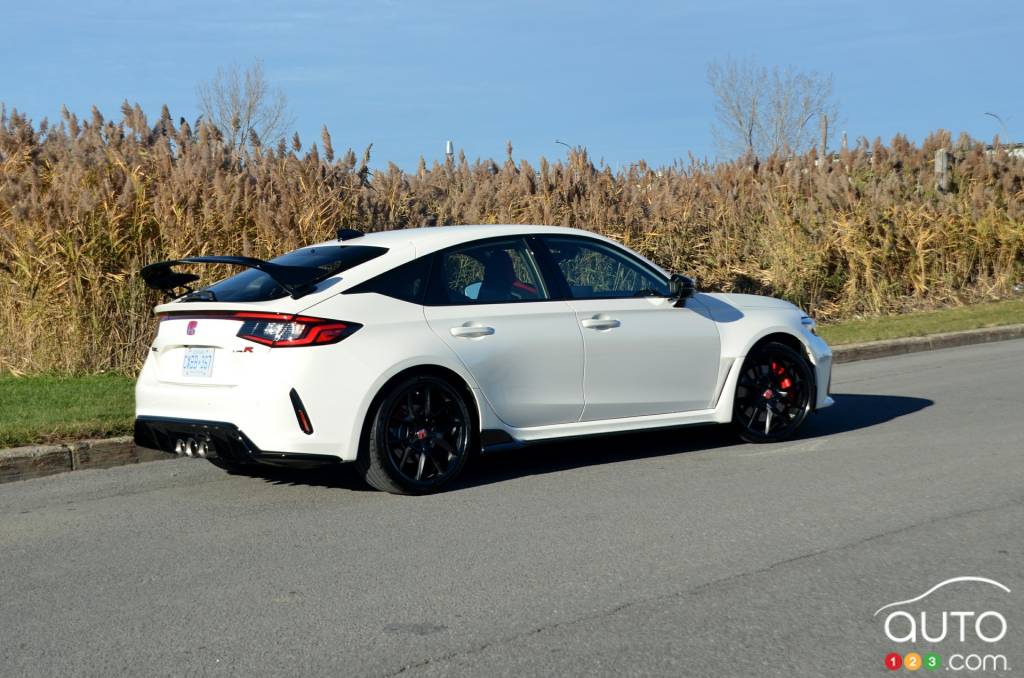 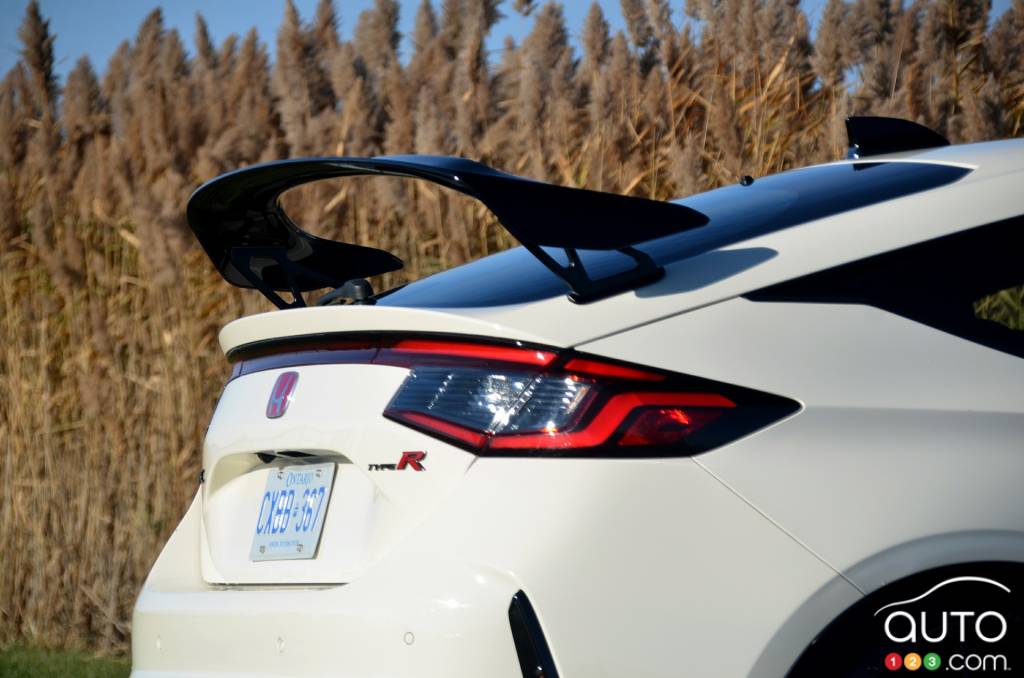 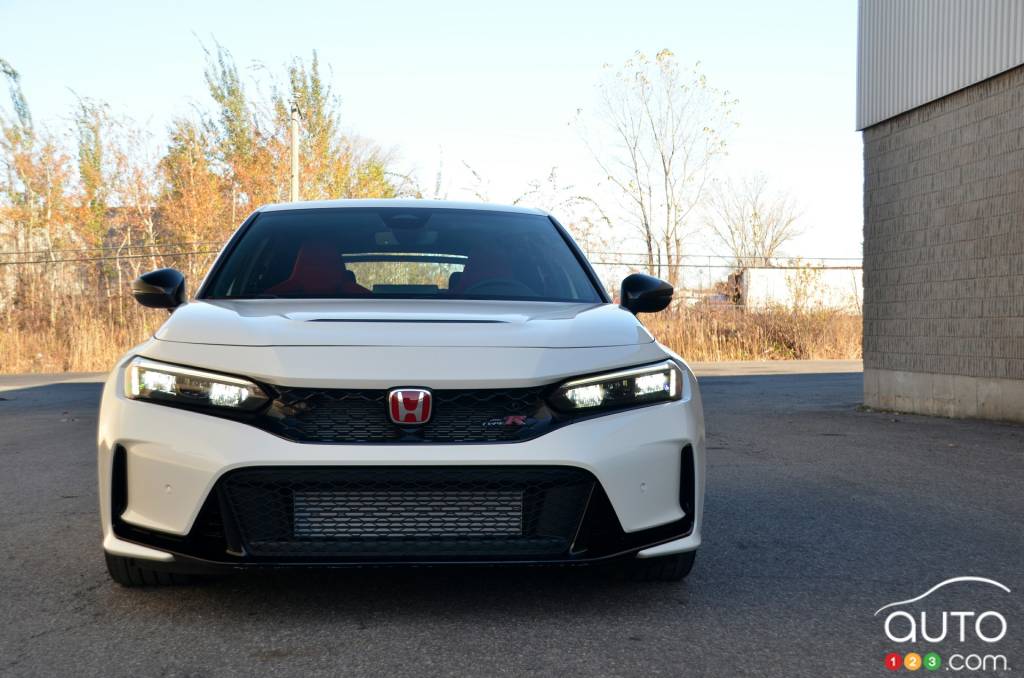 Honda has finally lifted the veil on the next-generation Civic Type R. It all looks very promising, but there's more information yet to come, as we still don...

The early birds get the yellow worm: Last week Honda Canada started taking online reservations for the limited edition of its 2021 Honda Civic Type R; it too...