Finally, after the requisite series of teasers, Honda has finally lifted the veil on its next-gen CR-V SUV. This is the automaker’s top-selling model, so how the new edition is received matters. The last complete redesign was for 2017, so the compact SUV was ripe for a major update.

Of course, there’s major and there’s major. Honda is always conservative when it renews a model, and its overhaul of the popular CR-V is no exception. That said, the improvements are numerous and, at first glance, welcome.

Dimensions and styling
The new CR-V is longer (2.7 inches) and wider (0.4 inches) and gets a more-assertive stance (1.6-inch longer wheelbase). This is in line with the new signature from Honda, as see on the Ridgeline and Passport Trailsport, and it includes a lower horizontal beltline and a stretched front end.

Available versions
The 2023 CR-V will come in four flavours: EX, EX-L, Sport and Sport Touring. The first two inherit the 1.5L  turbocharged 4-cylinder engine from the outgoing model, with output unchanged at 190 hp and 179 lb-ft of torque. The other two models get a 2.0L 4-cylinder engine and two electric motors for a combined output of 204 hp and 247 lb-ft of torque.

This means of course that if you want a hybrid model, you'll have to pay more.

Re the hybrid variants, Honda says the new system is more efficient and it anticipates that 50 percent of sales will be for the two electrified versions. Aesthetically, their front and rear fascia is more aggressive and the grille has black accents. The Sport and Sport Touring models are the only ones with rectangular exhaust tips.

The interior
The company promises a high level of finish, quality materials and must-have technology features for the interior. Comfort and soundproofing are also taken to another level, the company promises. In addition, the new “body-stabilizing” front seats are designed to reduce fatigue and improve posture.

In terms of volume, enthusiasts will be happy to know that this will be the roomiest CR-V in history; it was already a benchmark in that regard, which is good news.

As for the design, the presentation is inspired by Honda's new design direction, first seen in the new Civic. The grill hiding the air vents is here, for example. The CR-V also promises to be more comfortable and welcoming in back than ever. The rear seats now offer eight reclining angles for added comfort.

And there seems to be a lot of thought put into small details, such as a front space to accommodate two smartphones side by side - a recognition of today's reality.

In terms of safety, we get the Honda Sensing suite, with a new camera offering peripheral vision and radar, as well as new-generation front airbags, new rear side airbags and knee airbags. New features like driver attention monitoring and rear seat reminders can also be included.

Equipment
Depending on the trim level, you can expect to find more features and amenities than ever before, among them a standard digital display instrument cluster, 7-inch screen with Apple CarPlay and Android Auto (9-inch screen and wireless connectivity with EX-L and Sport Touring models), and a few tech items such as a new Hill Descent Control as well as a new snow driving mode.

Cargo volume
A big selling point with the current-generation CR-V was the rear cargo space. There were 1,110 litres behind the second row seats and 2,146 with those seats down. With the new version, those figures grow slightly, to 1,113 litres with the EX and EX-L models, whose load floor can be lowered (1,028 litres with the other versions), and 2166 litres with seats down.

The CR-V continues to be a reference.

On the road
Honda says the driving experience will be more interesting and, we hope, a little more inspiring. The 15-percent increase in torsional rigidity won't hurt and should improve overall ride characteristics, including handling, cornering and solidity.

The MacPherson strut front suspension and variable ratio steering are now mounted on a new, stiffer subframe that repositioned the steering rack to improve feel and precision. It's bound to be a winner.

The hybrid CR-V
The big news, of course, is the hybrid approach that comes to Canada this time. There's a slight increase in power (3 hp and 15 lb-ft of torque), but it's all new for Canadians. The same goes for the new towing capacity, announced at 1,000 lbwith this engine. There's no information to share yet regarding fuel consumption ratings, sadly.

The gasoline engine also benefits from tweaks and improvements, as does the continuously variable transmission. Finally, an upgrade to the real-time all-wheel drive improves handling on slippery roads. The system can now send up to 50 percent of engine torque to the rear wheels.

The new CR-V will be builtat three North American plants: East Liberty Auto Plant in Ohio, the Auto Plant in Indiana and Honda's Canadian facility in Alliston, Ontario. Since 2006, Honda has produced more than five million CR-Vs in North America, about half of which have been destined for the U.S. market.

For the rest, we'll get back to you once we get behind the wheel of the model. The 2023 Honda CR-V is expected later this summer, while the hybrid version will follow before the end of this year. 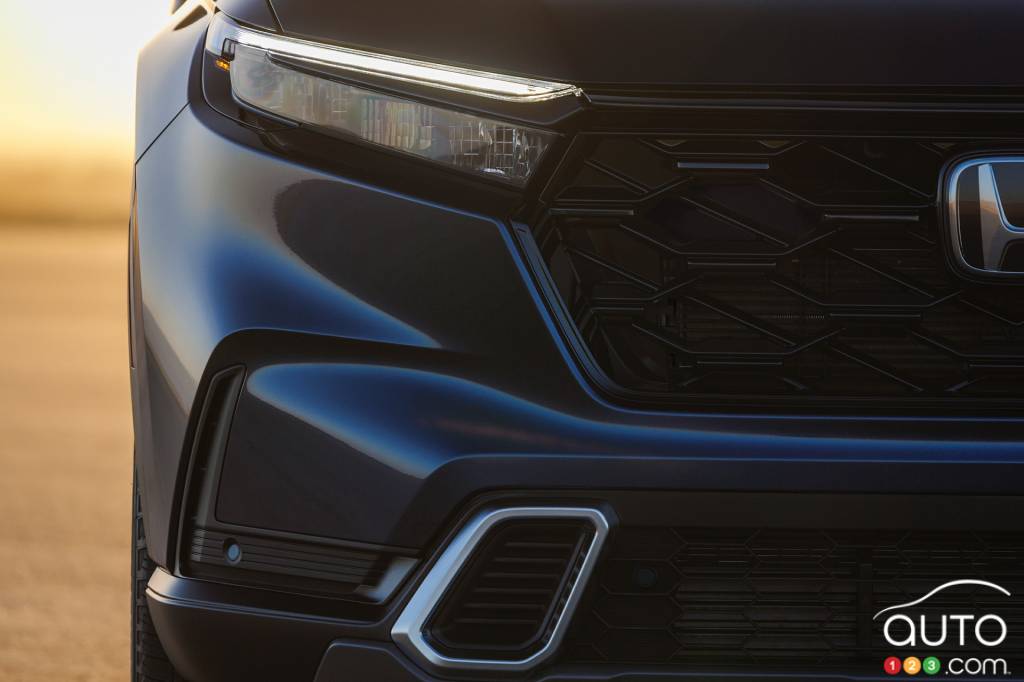 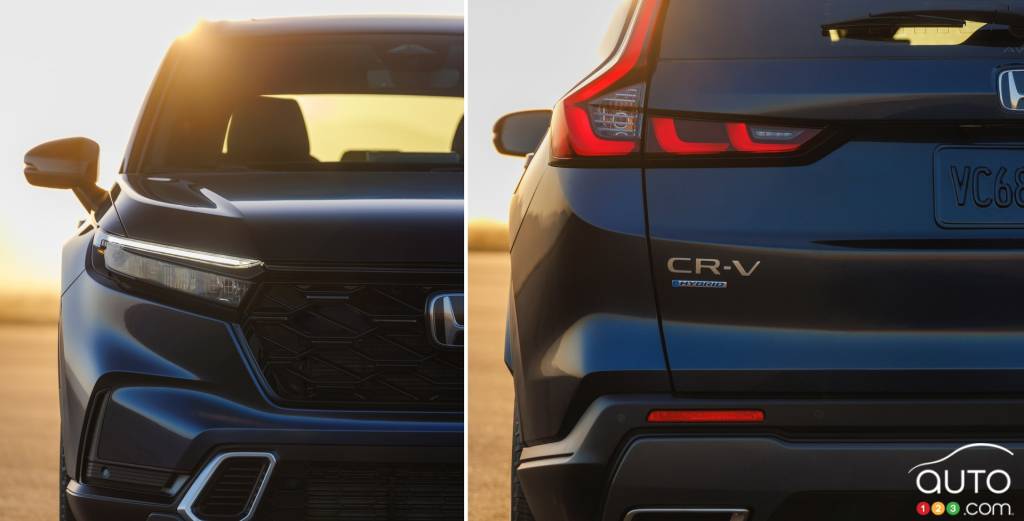 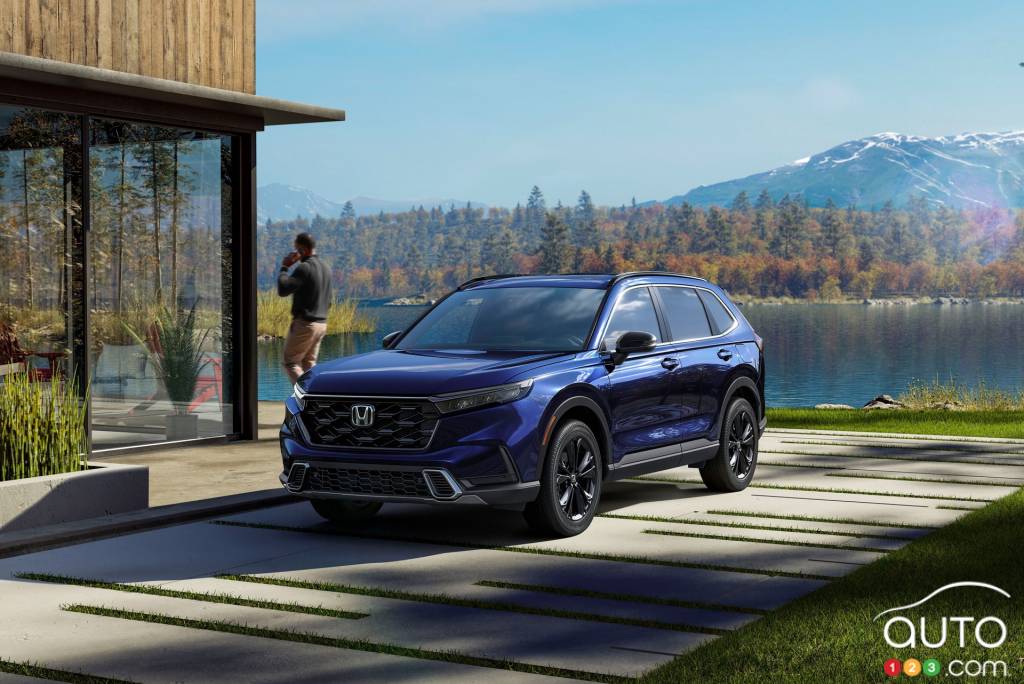 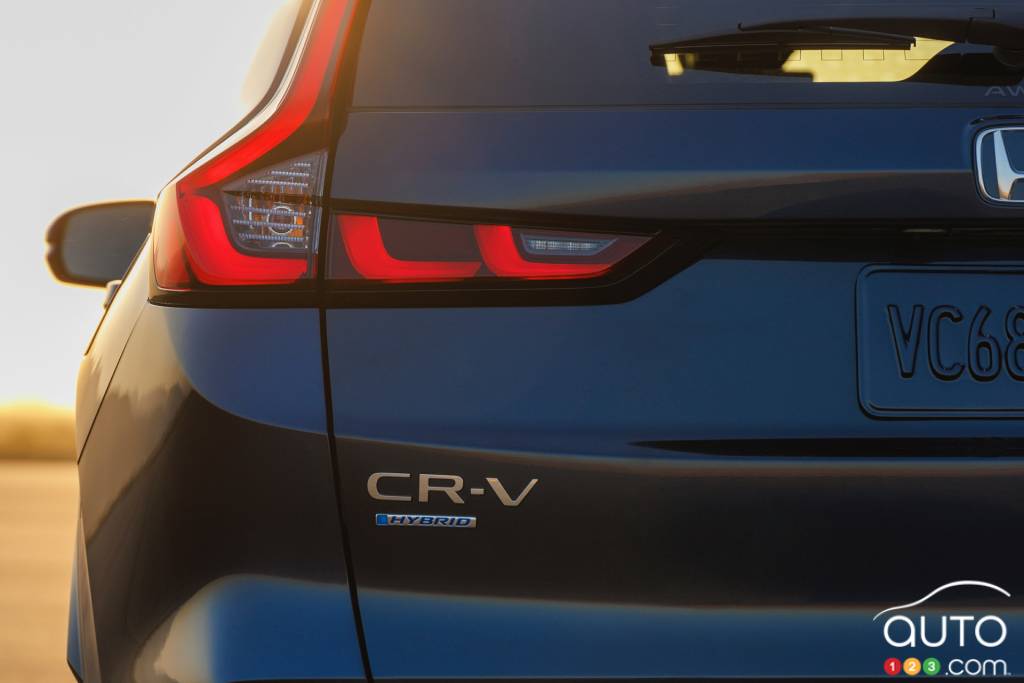