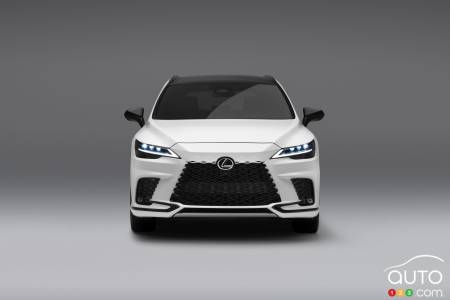 Lexus' best-selling vehicle and its flagship SUV in North America is getting a makeover for 2023; yesterday, the company introduced the next-generation RX. While it's more of an evolution than a revolution in terms of styling, there are a number of changes being brought to the model.

More details will be available once we see the model in the flesh and have occasion to drive it, but for now here’s what Lexus has shared.

The highlights include new engines, a new platform, a new design and a completely redesigned and modernized interior. 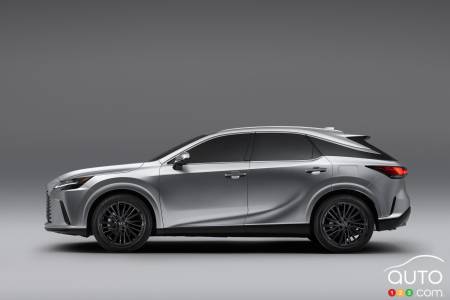 Let's start with the jettisoning of a valiant warrior, the 3.5L V6 engine that has served the model since seemingly forever (1998, to be exact). It is being sacrificed for the new generation.

The base RX 350 models are now powered by a 2.4L turbocharged 4-cylinder engine (275 hp and 317 lb-ft of torque), paired with an 8-speed automatic transmission.

As for the hybrid version, the offer is getting stronger. The model we know as the RX 450h becomes the RX 350h, and it’s powered by a 2.5L 4-cylinder engine and electric motors (delivering all-wheel drive), with output listed at 246 hp and 233 lb-ft of torque.

A new RX 450h+ (plug-in hybrid) joins the lineup in 2023. Lexus hasn't detailed its powertrain yet, but its nomenclature is the same as the NX’s, which uses a 2.5L 4-cylinder. We can therefore expect it to inherit the RX 350h's engine, but that a larger battery pack will be present to offer more power, as well as an all-electric-power range. 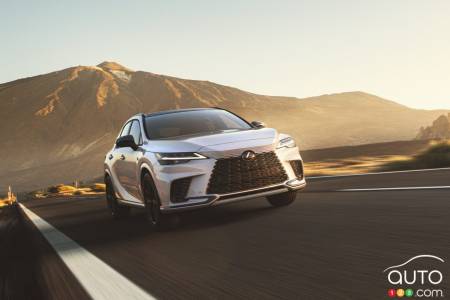 Then, an F Sport version is again include in the offering. This time, we're talking about the RX 500h F Sport Performance. The 4-cylinder engine is also featured here, but this time coupled with two electric motors and a 6-speed automatic transmission. Power is said to be 367 hp and 406 lb-ft of torque, and more-powerful brakes (six-piston front) will be included. We shouldn't expect to see this model compete with the BMWs and Audis of the world, but for those looking for more punch from their Lexus SUV, it could be interesting.

As for the structure, we're talking about Toyota's GA-K (TNGA) platform. This is the platform that the ES sedan is based on. The new structure lightens the RX by 198 lb compared to the current model thanks to a mixed material design. It won't hurt!

Meanwhile, the wheelbase gains 2.4 inches, but the length of the vehicle remains the same. This translates into more rear-seat legroom, as well as more cargo space, assures Lexus. However, the company sacrificed the three-row version.

In terms of styling, the brand's new signature introduced with the NX s evident, but we also see some elements of the RZ electric SUV. 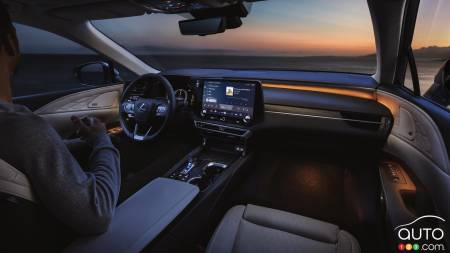 On board, the images show an impressive space, and the fact that the new multimedia system interface no longer uses the Lexus touchpad (which has made us blaspheme outrageously over the years) is reason to cheer.

We'll have a chance to revisit the on-board experience and the intricacies of the multimedia system during our test drive to come. 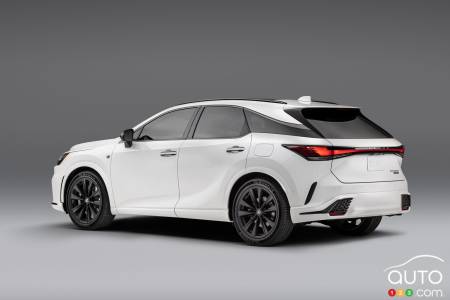 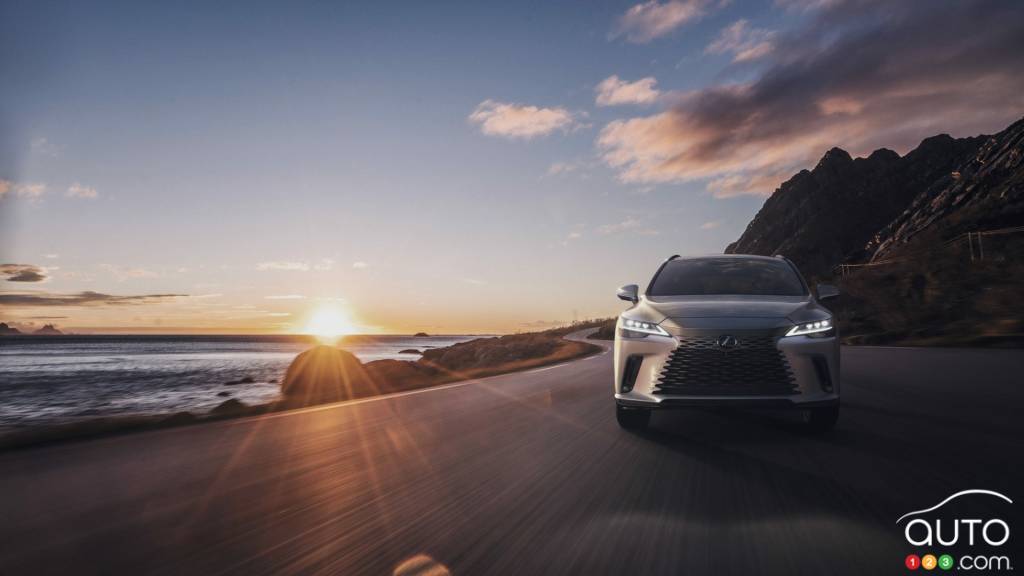 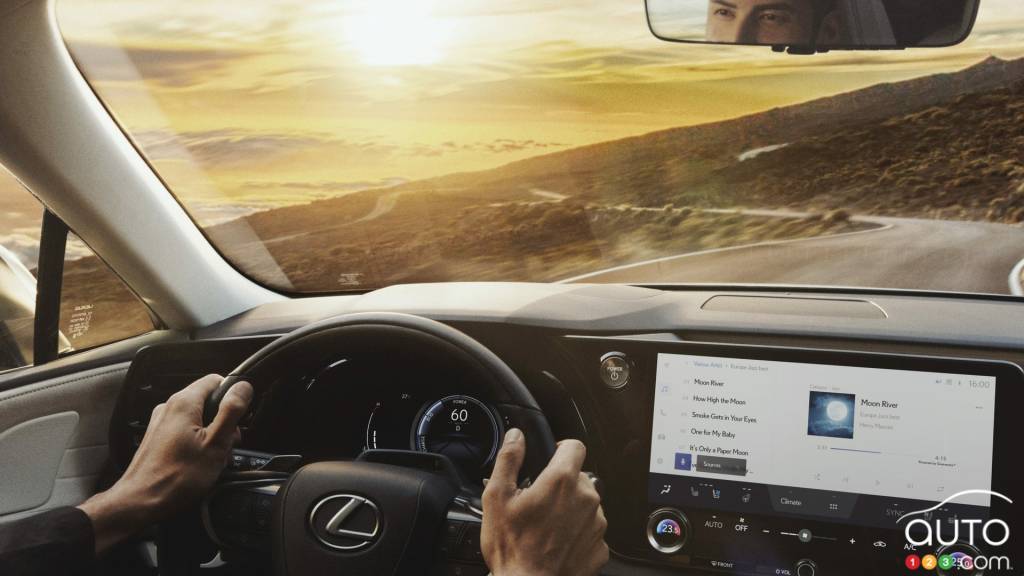 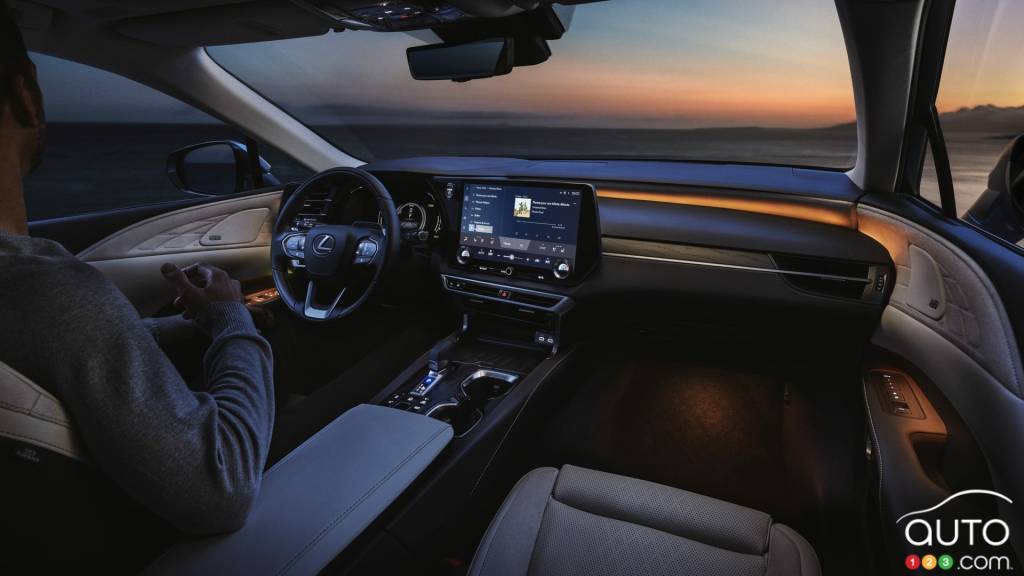 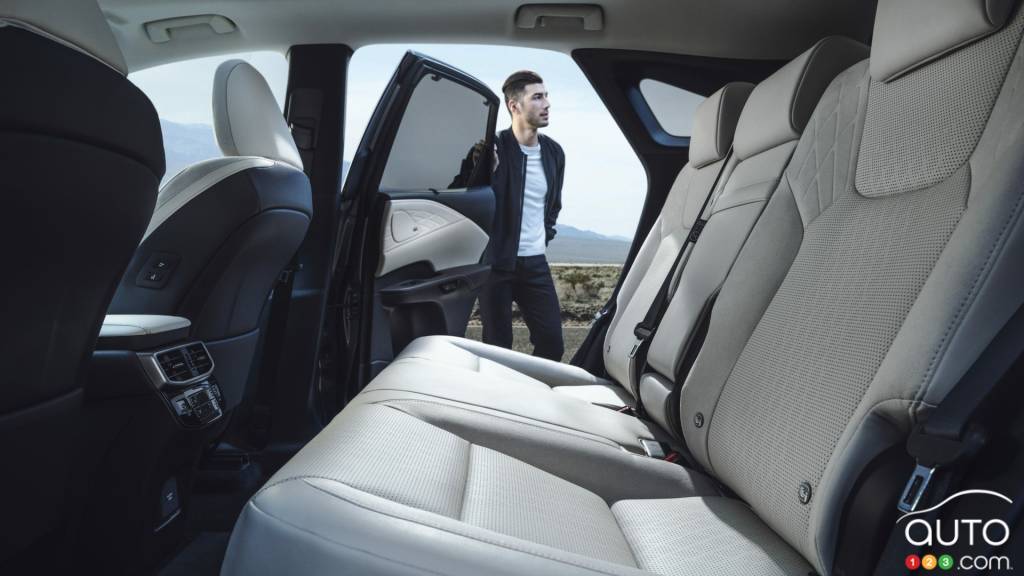 Lexus is making some important tweaks to its UX model for 2023. The notable changes include structural improvements for stronger performance, as well as upgr...