If you’re not familiar with it, the Nissan Navara is the pickup offered by the Japanese manufacturer outside of North America. On our continent it goes by the name of Frontier, and this version is a frankly outdated one that first debuted in the mid-2000s (the European-sold Navara got a refresh in 2015).

When Nissan does finally decide to deliver a new Frontier, it will, barring any big surprises, be the Navara. Hence our interest in the AT32 off-roader unveiled by the manufacturer this week in Birmingham. 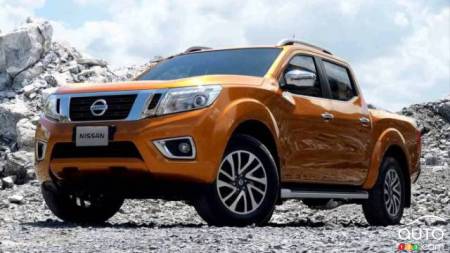 The backdrop to this is the rough-and-tumble current environment in the pickup segment. Since 2015, only Toyota and GM have renewed their product offering, along with Honda and its Ridgeline, a model with more modest ambitions we should point out. Ford will for its part be bringing back its Ranger shortly, while Hyundai and Volkswagen are both busy preparing their rivals for the Ridgeline.

In this context, it would be shocking for Nissan to keep its pickup entrant in hibernation much longer. 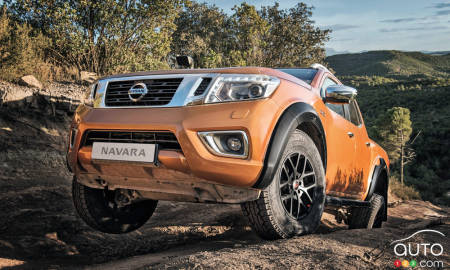 This week, the company introduced a new, tougher edition of the Navara. The AT32 Off-Roader will take on the Raptor version of the revived Ford Ranger, set to debut in the next few months.

The AT32 has increased ground clearance and larger wheel arches, as well as an anti-lock front differential. The name of the new off-roader, by the way, refers to the Icelandic firm Arctic Trucks, specialists in 4X4 trucks modified to operate in extreme conditions. The 32 signifies the size of the tires the new edition rests on.

Other changes made to the AT32 include a suspension raised by 2 cm, and an approach angle that at 35 degrees is 4.6 degrees steeper than the regular Navara. In back, the breakover angle is also increased. Under-vehicle skid plates help protect the gas tank, oil pan, transmission and differential.

Nissan had nothing to say about the mechanics of the new version, so we’re going to assume at this point that it will stay the same as the regular Navara, which delivers 188 hp and 332 lb-ft of torque.

The Ford Ranger Raptor is expected to provide 210 hp and 368 lb-ft of torque. 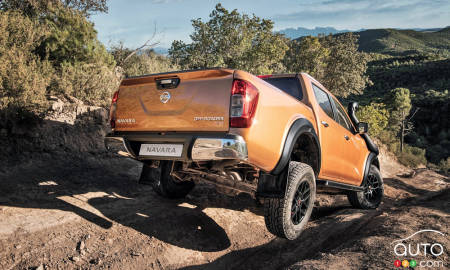 For the moment, the Navara AT32 will be available in Europe only. But as mentioned, the pickup category is extremely active in North America at the moment, so we’ll be keeping an eye on this off-road model.

First things first, of course: Nissan needs to come up with a new Frontier first.

The rumours have succeeded one other over the years regarding a next-gen Nissan Frontier. The latest hints at a new Frontier on the horizon, possibly next ye...