The Porsche 911, the latest generation of which just debuted at the Los Angeles Auto Show, will get a hybrid variant within the next four years. The confirmation came courtesy August Achleitner, head of development of the 911 range for Porsche.

The latest edition of the 911, code-named 992, was designed for the possibility of adding an electrified variant. Achleitner told British magazine Auto Express, “"It will be the next evolution of this car.”

The executive provided no technical details, of course, but he did mention that the aim is for the model to be one of the more high-performance versions of the model family, and not be positioned as a fuel-economical entry model.

"When I am thinking about a hybrid version of the 911, I do not mean like the Panamera and the Cayenne. I mean like the 919 Le Mans car."

According to Auto Express, Porsche would electrify two versions of the 911. The first would serve as an alternative choice to the 911 Carrera, while the second would be range-topping variant alongside the 911 Turbo.

For those who worry about what would happen to weight distribution in a 911 loaded down with batteries, Porsche points to the expertise gained from its experience with the 918 Spyder and says that the technical challenges have been properly met. 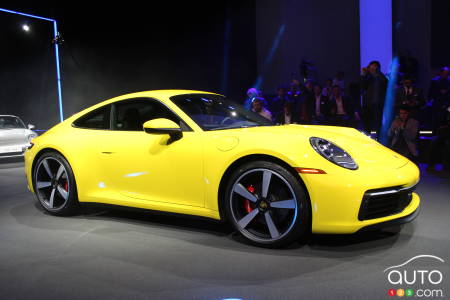 We test out the 2021 Porsche 911 Turbo S, hot off the presses and a veritable thoroughbred, albeit one that’s been given good table manners. First up to bat ...