Big words from Porsche’s CFO Lutz Meschke this week, as he stated that the company intends to invest over 6 billion Euros in the next four years to electrify its lineup of vehicles. This comes even though, for the moment, the company’s upcoming Porsche Taycan is the lone all-electric-powered vehicle in its lineup.

The executive said, moreover, that by 2025, the company wants electric vehicles to make up more than half of its sales.

First up will likely be an electric SUV, to be launched by 2022. As it happens, the popular Porsche Macan crossover is due for a second generation in the next three of four years, so speculation is that it will be built on the new electric platform currently in development jointly by Porsche and Audi.

This would be followed by the transformation of the Panamera and Cayenne models to electric powertrains. Eventually, the company would look to do the same with its mid-engine 718 Cayman and Boxster models.

The move to electrification may also, in the long run, spell doom for the brand’s combustion-engine vehicles (see also: Jaguar contemplating all-electric future).

A future automotive industry in which Jaguar and Porsche and who knows who else are all-electric brands? It would have been hard to imagine even five years ago… 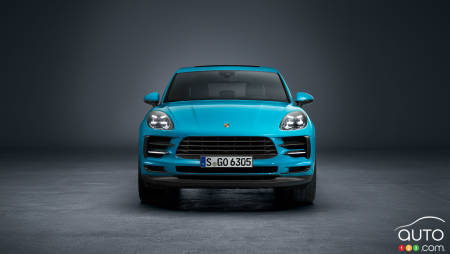 Porsche’s Taycan Is Outselling its 911 This Year

Here’s a Fun Friday Fact for you: During the first nine months of the year, Porsche sold more units of the Taycan electric model than of the iconic 911. That...