The reborn Toyota Supra is one of the most anticipated cars of recent years, and every bit of news about it gets racing and performance car fans excited. It appears that the model will make its debut as part of the Goodwood Festival of Speed in the UK, which begins on July 12th.

Meanwhile, Toyota has announced that the Supra will make its maiden appearance in NASCAR next season. The event will take place on February 16, on the legendary Daytona International Speedway. The reborn Supra will race in the American racing giant’s Xfinity Series, part of the larger Monster Energy NASCAR Cup Series. 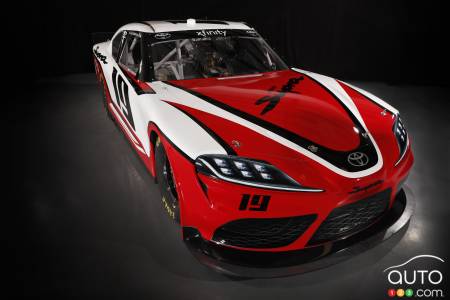 The race-car version of the Supra will be powered by a 725-hp V8, an engine that will unfortunately not be made available on the production model.

The Supra will replace the Camry in the series and compete against the Mustang and Camaro models used by the Ford and Chevrolet teams, respectively.

The variant that will join NASCAR was developed jointly by Toyota's TRD (Toyota Racing Development) division and Calty Design Research. One of the biggest challenges that designers faced was scaling the Supra's body to comply with NASCAR's specifications. As a result, we should not expect too-similar looks between the race model and the production model that will be unveiled later this week.

In fact, Supra’s entry into NASCAR should be seen as an excellent marketing operation. Since the 1950s, there has always been a close correlation between sales of a production model and participation in a NASCAR series. At the time it was said "Win on Sunday, sell on Monday".

The presence of the Supra in the Xfinity Series will certainly help its popularity with racing enthusiasts. 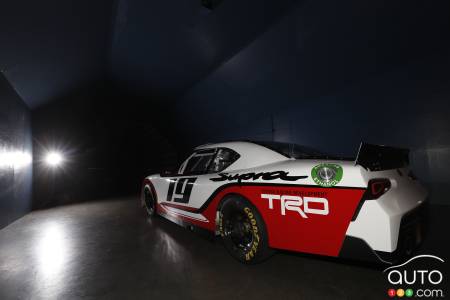 NASCAR Relaunches its Season with 7 Races in 10 Days

NASCAR will resume racing starting May 17, with a packed scheduled that will see seven races run over a 10-day span. The first event will be the Southern 500...

Behind the Scenes at the 2019 Grand Prix de Trois-Rivières

The 50th edition of the Grand Prix de Trois-Rivières was indeed special as local favourites the Dumoulin brothers shone in the NASCAR Series. Auto123 went be...

Officials of the NASCAR Canadian Tire stock car series have released the 2014 schedule which will start on Victoria Day weekend on Canadian Tire Motorsport P...