A Twitter announcement and one teaser image is all we have to go on for the moment. But Toyota has confirmed that it will be showing up at the 2018 Los Angeles Auto Show with a new TRD edition tucked under each arm. And the models chosen to get the TRD treatment are interesting, to say the least.

Toyota’s two biggest sedans, the Camry and the Avalon, will get TRD’ed, and from the teaser image, we know that that will include black wheels not hiding bright red brake calipers and splitters under the front bumpers.

We can expect that the two sedans will benefit from modified performance capabilities, particularly involving handling (ie, stiffer suspension and firmer springs, bigger brake pads, etc.), as we’ve seen in other TRD editions from Toyota. What those other models don’t offer, however, is vastly increased power, so we’re guessing that will the same here.

We’ll have to wait for the official presentation at the Los Angeles show at the end of this month.

Meanwhile, we have to salute Toyota's ongoing attempts to make its product line more exciting than it has been in recent years, for example with the new Toyota Supra that is returning to the market, and ot the recently presented new 2019 Toyota 86, which will also get a TRD treatment.

Pricing and details for the 2019 Toyota Camry 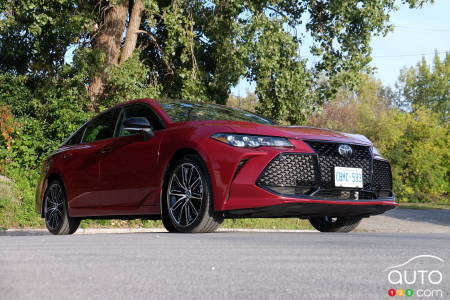 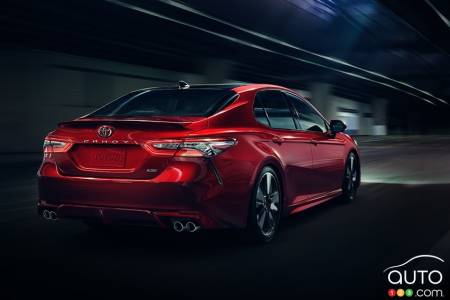