Toyota plans to introduce into its production vehicles a new wireless technology that allows cars to talk to each other when at close proximity. It is believed that such systems could help prevent thousands of road accidents annually.

The US Department of Transportation will be called to on to decide if it will legislate the presence of such a system in all future vehicles.

Toyota is hoping that a majority of its products will be able to “talk” to each other; it also hopes that by announcing its plans it will incite other manufacturers to follow suit. 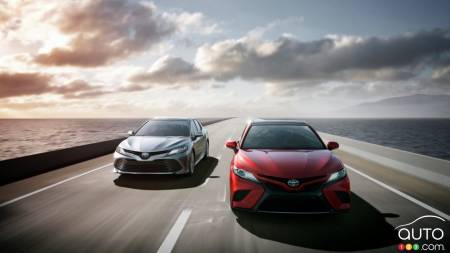 In December 2016, the Obama administration has proposed that automakers be required to adopt the technology, and gave them four years to conform. The proposal also obliged companies to ensure all of them used a common language and technology.

Andrew Coetzee, Vice President of Product Planning & Strategy at Toyota Motor North America, told Automotive News magazine that Toyota’s announcement was made with the goal of compelling other manufacturers, governments and road infrastructure stakeholders to combine their efforts to move development of the new system forward, even if no laws currently oblige them to do so.

The idea of cars communicating with each other is not a new one. In fact, as far back as 1999, automakers were allotted a block of spectrum in the 5.9 GHz band that would be reserved for vehicle-to-vehicle and vehicle-to-infrastructure communication. The ensuing years have seen numerous studies carried out, but very little if anything has actually been applied in the real world.

In 2017, Cadillac began integrating communication between vehicles in its CTS model. This is the only model to offer the technology to date.

Concretely, vehicles that communicate with each other can do so at a distance of up to 300 metres and inform each other of their geographical position, the direction they are traveling in, their speed and their surrounding environment. Data is transmitted 10 times per second to other vehicles and can be used to identify potential collisions, especially at intersections.

In Japan, Toyota has installed the technology in over 100,000 vehicles.

According to the National Highway Traffic Safety Administration (NHTSA), the U.S. counterpart of Transport Canada, a vehicle-to-vehicle communication system could add between $135 and $300 to the price of a vehicle. It adds, however, that it would also prevent an estimated 600,000 accidents, resulting in a $71 billion cost saving.

The NHTSA said last year that it had made no regulations in regards to the technology, and did not anticipate doing so before December 2018.

Toyota Putting its Money Where its RAV4 is, to the tune o...

Toyota is putting its money where its RAV4 is. Newly announced investments totaling $1.4 billion will go to modernizing its two plants in Ontario dedicated t...

Toyota is investing $170 million USD in its Blue Springs, Mississippi facility to modernize the plant and begin assembly of the next-generation Toyota Coroll...

Best Vehicle Models of 2018, According to Consumer Reports

Consumer Reports released its latest annual report ranking the best vehicles choices for each of ten categories. And which names stands above the rest for 20...