Some very interesting news appeared online this week, as Automotive News reported that Acura is working on its first electric SUV, and that it would use General Motors' (GM) BEV3 platform and Ultium batteries.

Automotive News, citing sources familiar with the project, also reported that GM would do the assembly work, as it would for a second electric SUV, this time with the Honda badge on it.

According to the sources, Acura's SUV would go into production in 2024 at GM's Spring Hill, Tennessee plant, the same location where the Cadillac Lyriq will be assembled starting in 2022.

Honda's SUV is scheduled to go into production in 2023 at GM's Ramos Arizpe plant in Ramos Arizpe, Mexico, where the company currently builds the Chevrolet Blazer and Equinox.

Both SUVs would be based on the Cadillac Lyriq format. 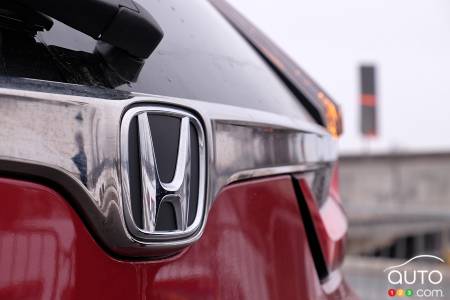 For those who wonder where the links between GM and Honda come from, recall that last April, the two automakers shook on an agreement to produce two electric vehicles on GM’s new platform. At the time, the manufacturers stated that GM would be responsible for producing the vehicles, but that Honda would handle the design and development of the driving characteristics. The first of the two vehicles to come out of the deal is expected to be a 2024 model.

It will be interesting to see what form all this will take, because the BEV3 platform offers a lot of possibilities. It can handle a variety of vehicle types, from compact cars to SUVs to pickup trucks. It can also offer a lot of power (over 1,000 hp) and Ultium battery capacity can range from 50 to 200 kWh. The maximum range can be around 600 km.

Since their April announcement, Honda and GM have strengthened their ties in North America. In September, the automakers proposed an alliance in the areas of platform and powertrain sharing, as well as in research and development, purchasing and related services. The two manufacturers have also been collaborating in the fuel cell domain since 2013.

When contacted, a Honda spokesperson told Automotive News that the automaker would announce more details about its plans for electrification in North America later in 2021.

The Hummer name’s return to be confirmed during Super Bowl

The return of the Hummer name within the GM family will be made official during the next Super Bowl. Rumours are pointing to the name being used to designate...

GM is looking at possibly bringing back the Hummer name, but as part of a range of electric-powered vehicles created for off-road use, this according to a re...