Talks between Apple and the Hyundai-Kia group on partnering to develop and build a car are progressing well, according to a report by CNBC. In fact, the two companies are believed to be close to reaching an agreement that would entail Kia building an Apple-badged electric, autonomous vehicle at its assembly plant in West Point, Georgia.

According to CNBC’s sources, the eventual agreement depends on one important detail, namely that Apple controls both the technology of the vehicle and its physical appearance. In other words, we would not be getting a recognizably Kia or Hyundai model equipped with Apple's signature technology, but rather a distinct Apple vehicle built by the Korean manufacturer, in the United States, under Apple's direction.

The nuance there is important.

If Apple joins forces with Kia, it could use the E-GMP platform that Hyundai recently introduced as the basis for the future electric vehicles it will build. If that's the case, Apple would not have to develop its own electric architecture. Recall that for its part, Hyundai and Kia plan to introduce 23 electric vehicles worldwide by 2025. 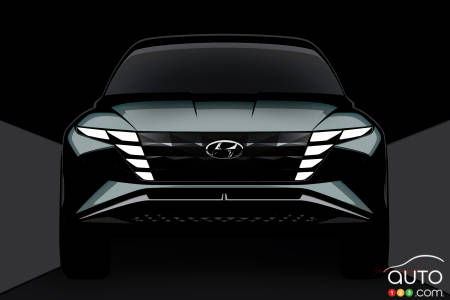 Would you like to own and drive your own Apple vehicle? We don't want to disappoint you, but there are many ifs with this project. For one thing, the vehicle that would be built would have no seats or controls for the driver. Sources told CNBC that Apple wants an electric, self-driving vehicle to meet mobility needs – translated, you would be more likely to get into an Apple vehicle to be transported in it than to drive it.

Although the rumours point to an imminent agreement, no deal has yet been shaken on, and there’s always the possibility that Apple could change its mind and partner with another manufacturer. It could simply pull out of the deal if it doesn't get what it wants, and opt for coming up with its own design. In that case, the project could take several years to come to fruition.

We will be watching this closely. Stay tuned.

Apple is apparently planning to produce its long-talked-about self-driving electric car by 2024. This is not the first time we’ve heard about such a project ...