We knew it was in the works because it will be the foundation for a range of future electric vehicles from Hyundai, Kia and Genesis, as well as for the new Ioniq brand, but now it’s been officially rolled out. Meet the E-GMP modular platform for electric vehicles developed by the Korean automotive giant.

The architecture’s name is short for "Electric Global Modular Platform". As for the engine and powertrain combo that will go with it, it adopts the acronym PE for "Power Electric".

The interesting thing about this platform is that it is basically designed as a propulsion system. And like we’ve seen with Volkswagen and Tesla electric models, the basic configuration includes a rear-mounted engine to power the wheels and the battery pack will be placed in the floor between the front and rear wheels. All-wheel drive will be available on certain models with the addition of a second front-mounted engine. The latter will be able to disconnect mechanically from the drive axles when not required, which will reduce mechanical drag and make driving more efficient (and thus deliver more range).

Hyundai promises impressive performance will result from the E-GMP and the batteries and motors that come with it. The company says a car built on the platform could be capable of achieving 0-100 km/h acceleration in about 3.5 seconds. This will vary depending on the motors, of course, and it’s already known that three different motors are in development.

Hyundai hasn't divulged anything yet regarding the kWh capacity of the batteries, or the power that will be delivered by the EV powertrains. The battery is composed of standardized modules that can be added or subtracted according to the needs of the vehicle.

The E-GMP platform would also allow fast recharging up to 800V and 350 kW, so that 80 percent of capacity could be recovered in just 18 minutes. Bi-directional recharging will also be supported, so your Hyundai or Kia electric vehicle could provide up to 3.5 kW of power to various devices or even another electric vehicle. According to Hyundai, it will be possible to run an average-sized air conditioner and a 55-inch TV for 24 hours with an E-GMP-based car.

We won't have to wait long to see the first vehicle based on this structure. The Ioniq 5, whose design will be based on the Hyundai 45 concept, is on track to launch next year, after that, the Ioniq 6, based on the Prophecy concept, should arrive in 2022, followed by the Ioniq 7 in 2024. The first Kia model will be an SUV scheduled to be introduced in 2021. All of this is part of the automotive group's electrification program, which calls for the launch of 23 electric vehicles by 2025.

Not all of the group’s electrified models will be built from the new platform, however. The architecture underpinning the Hyundai Kona and Kia Niro models will migrate to other models produced by the automakers. 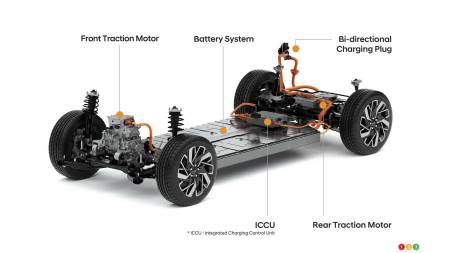 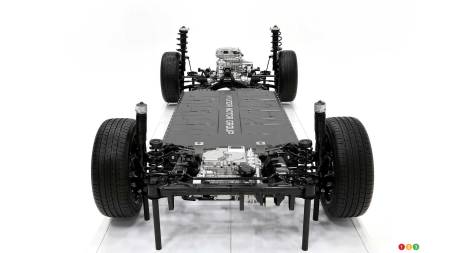 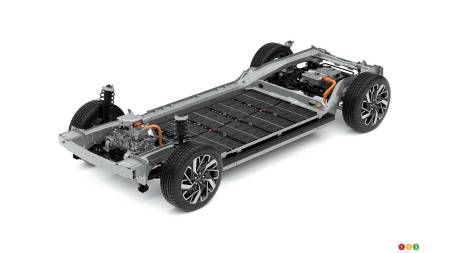 Hyundai and Kia are recalling their new Ioniq 5 and EV6 electric models to fix a problem with the gear shifter. A software issue could cause them to roll awa...