After having titillated car fans with sketches showing the front and rear sections of its upcoming new Q8 SUV, Audi has finally lifted the veil fully on its brand-new utility entry on the market, via a series of photos that provide a full-in, 360 look of the model, as well as revealing the future design signature the German automaker will be using.

The official presentation took place in Shenzhen, China, during an event held to celebrate 30 years of Audi manufacturing in that country, which had debuted with its 100 sedan. 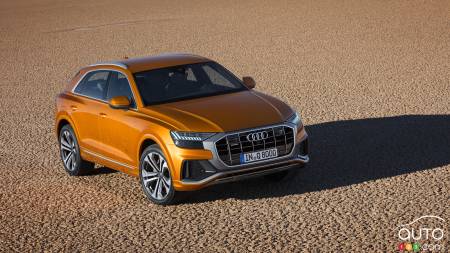 Audi explained that the new Q8 sports the firm’s new design signature that will feature on all its SUV models. In other words, the upcoming e-tron and Q4, the production of which will get underway this year and in 2019, respectively, will be heavily inspired by it.

You can just feel the fresh air blowing over the Audi brand, which had been a little too frozen in time style-wise.

The Q8 is in a sense the big brother of the Q7, with which it shares a platform. The new model, which will be tasked with taking on the BMW X6 and Mercedes-Benz GLE Coupe, among others, is 16.4 ft long and 6.6 ft wide, even while its roof reaches only 5.6 ft. It will feature only two rows of seats. With the second row folded down, cargo volume is a hefty 1,756 litres.

For the moment, the only mechanics announced by the manufacturers involve two 3.0L V6 engines. One runs on gasoline, the other on diesel. Performance-focused variants, the SQ8 and the RS Q8, are expected further down the road, in keeping with Audi tradition. 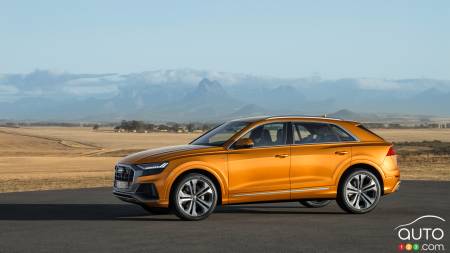 All of the Q8s offered at launch will benefit from a light-hybrid system that includes a motor-generator fed by a belt. This motor helps at start and also supports the engine when the vehicle is loaded down. It can also store energy inside small lithium-ion batteries when braking is applied.

All-wheel drive is offered standard and the distribution of torque is such that 60% of it is sent by default to the rear wheels. When necessary, the majority of it is transferred to the axle that most needs it. Also standard are adjustable shocks, which can be accompanied by an air suspension system.

The Q8 will be assembled at the Volkswagen plant located in Bratislava, Slovakia – the same facility that produces the Q7. The model will be made available for sale this fall in Europe, with the first models crossing the Atlantic for the North American market by spring of 2019. 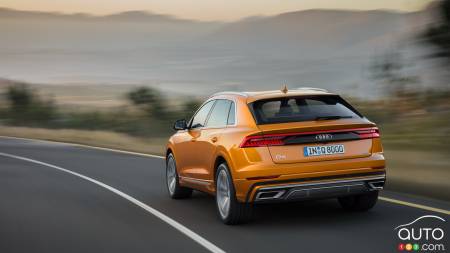 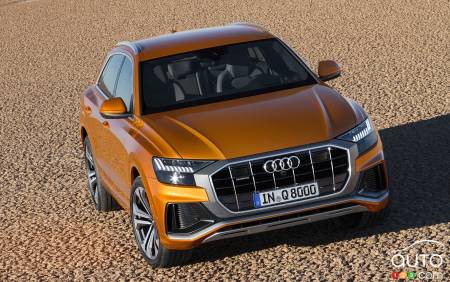 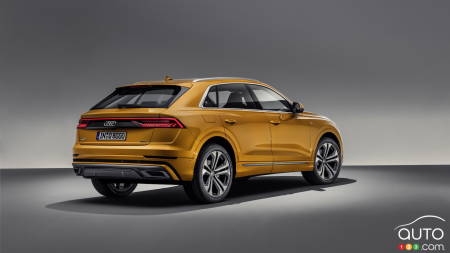 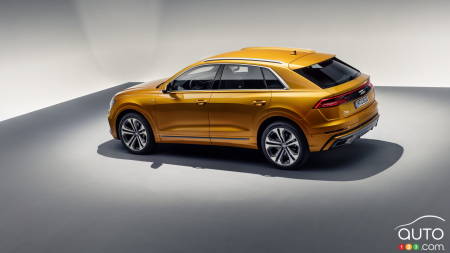 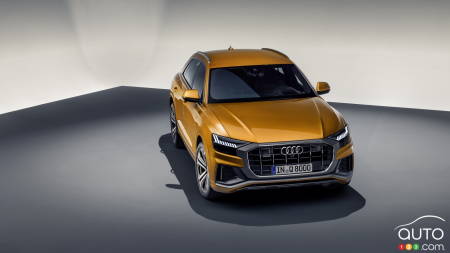 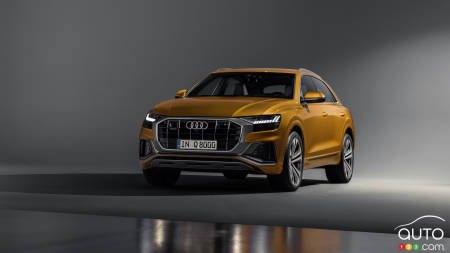 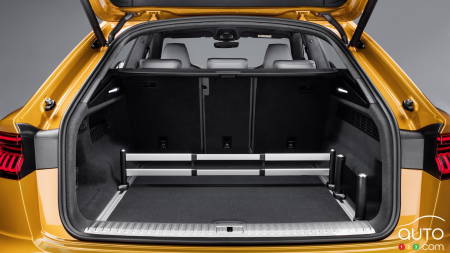 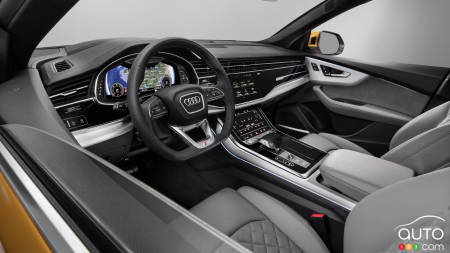 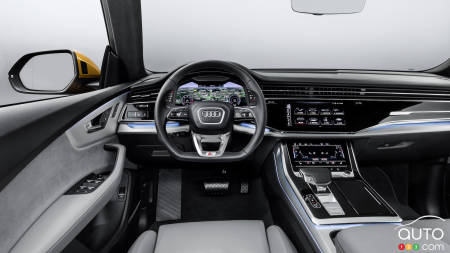 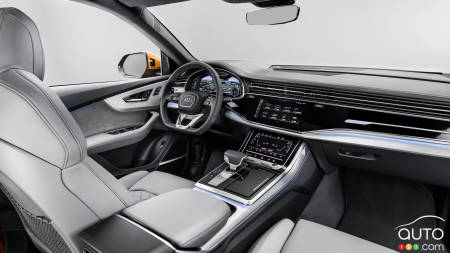 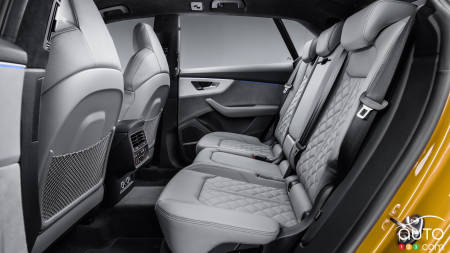