Cadillac President Steve Carlisle told brand dealers earlier this week that the company will be presenting an all-electric midsize crossover this coming April, according to a report by Automotive News.. The model will be sold globally and be the first vehicle that comes as part of the next wave of vehicle rollouts from the luxury brand.

Recall that last January, Cadillac showed some images of the model or its embryonic prototype when it unveiled the XT6 crossover in Detroit. At that time, the company promised this will be the first of several new EV launches from GM, with Cadillac being explicitly positioned to lead the way into electrification for the American automotive giant. GM has promised to produce 20 all-electric vehicles globally by 2023. 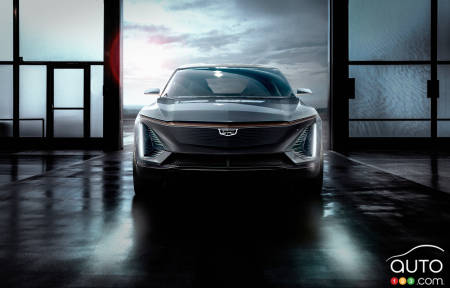 In his address to dealers, Steve Carlisle repeated his oft-stated vision that has Cadillac entering “this decade as an internal combustion engine brand. We want to position ourselves to exit as a battery-electric brand, so we have to manage both at the same time."

And so even as the XT6 and the CT4 and CT5 sedans prepare to enter the market, Cadillac continues to position itself to transition quickly to electric powertrains.

The obvious choice for a launch of the as-yet-unnamed Cadillac electric crossover in the month of April would be the New York auto show, but then again might Cadillac put on a stand-alone reveal at some other point in the month? Other automakers are adopting that strategy, so we’ll see.