It's not just in the world of passenger vehicles that the electric revolution is breaking out. Over in the lucrative delivery van sector, we already know that Amazon, in partnership with Rivian, is preparing its version of an all-electric van. Ford and Mercedes-Benz already have all-electric variants of their Transit and Sprinter vehicles in the works.

And, sure as day, there will be others. Take for instance this vehicle just presented by the fledgling automotive startup Canoo. In fact, the company presented two models with truly futuristic looks. The MPDV1 is the size of a sub-compact SUV, but its shape allows it to offer an impressive cargo space of about 200 cubic feet (5,663 litres). As for the MPDV2, imagine something the size of a minivan like the Toyota Sienna, for example. Here, we're talking about a volume of 450 cubic feet, or about 12,700 litres. 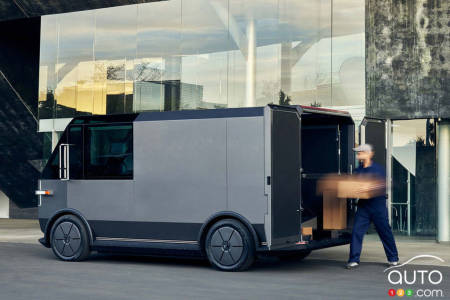 Both vehicles will be powered by a single motor on the front axle, a unit developing 200 hp and 236 lb-ft of torque. The MPDV1 will be equipped with batteries ranging from 40 kWh to 80 kWh and will offer a range estimated between 250 and 400 km by the EPA (Environment Protection Agency). The MPDV2 will offer less, between 150 and 300 km, certainly because of its larger size and weight.

According to Canoo, the 80 kWh battery will take 28 minutes to quickly recharge (from 20 percent to 80 percent energy). Since these vehicles will be called upon to travel around mainly in cities to make deliveries, range is less of an issue and will also require brake regeneration, which could add kilometres depending on the route.

Canoo says the first limited availability of the vehicle will happen in 2022, with production at full capacity in 2023. The company had previously unveiled a an-electric passenger-carrying van, the MPDV3. That model will launch at a later date and looks likely to be used mainly as an airport and hotel shuttle. 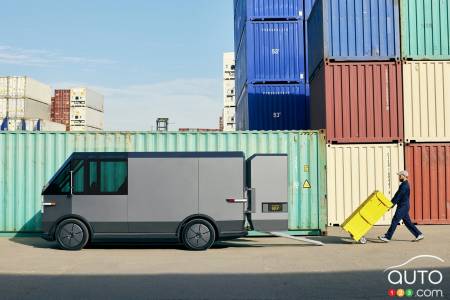 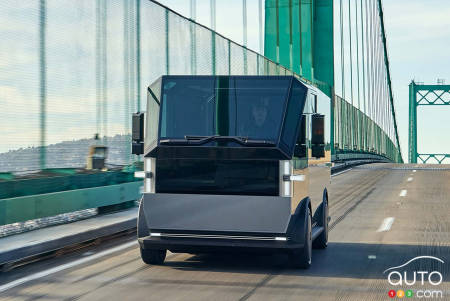 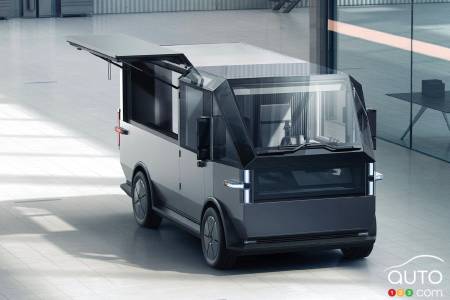 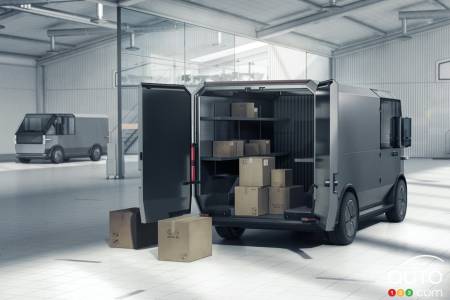 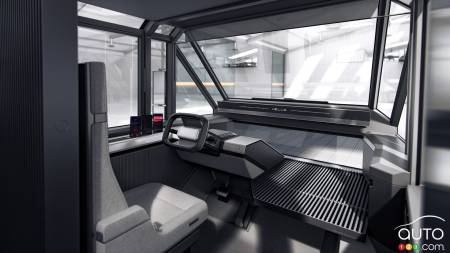 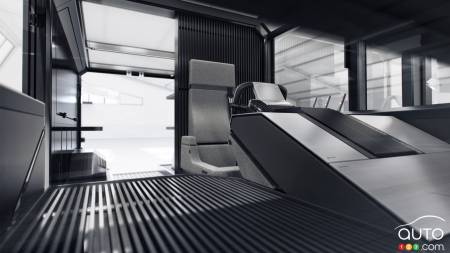 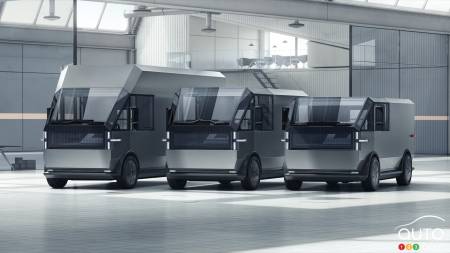