About 15 years ago, a nicely styled concept was presented in Geneva under the Dodge banner, and it was dubbed the Hornet. Last used during the AMC era, the name still resonates within the automotive market. Although, that prototype, while earmarked to become a production model, never saw an assembly line.

Since then, the Hornet name reappears on occasion, a bit like Halley's comet though more frequently. This time, however, the rumours seem pretty well-founded.

According to the Italian website Passionne Auto Italiane, the Hornet name is being earmarked to designate a Dodge model that would be a version of the new Alfa Romeo Tonale we've been waiting for a few years now. The sources cited by the site of course asked that their names be kept secret, but enough detail has leaked out to suggest that this is for real. We know, for example, that both models would be built at the same factory, in Pomigliano d'Arco, near Naples.

The report also specifies that the model bearing the Hornet name would not be sold in Europe, simply because Dodge has not been operating there for some time now.

Under the hood would be a 2.0L turbocharged 4-cylinder engine; front-wheel drive would be standard and all-wheel drive would be optional. A hybrid version could also appear in the product offering, as the Tonale was recently delayed by Alfa Romeo boss Jean-Philippe Imparato, who made the demand for better performance from the hybrid system. Such a model would help the Dodge brand reduce its footprint, as it offers many vehicles with V8 engines.

If the Hornet is presented here as a variant of an Alfa Romeo product, it would use components from the Jeep Compass to complete its metamorphosis. In other words, don't expect a luxury product here.

Obviously, no one at Dodge has commented on the rumour. The Hornet name was registered again by the company in 2020, which adds a little credibility to the reported news, even if registering a name doesn't always mean that a vehicle adopting it will arrive soon.

If it does come to pass, the Dodge Hornet could arrive in 2022 as a 2023 model. We'll wait for more official information to be hatched before counting any chickens, though. 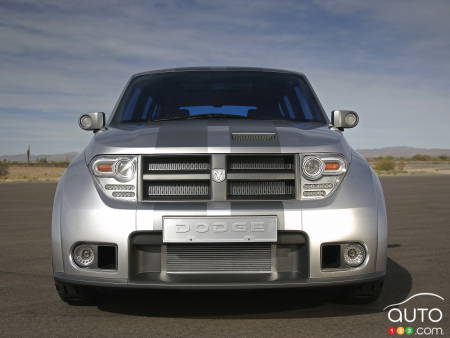 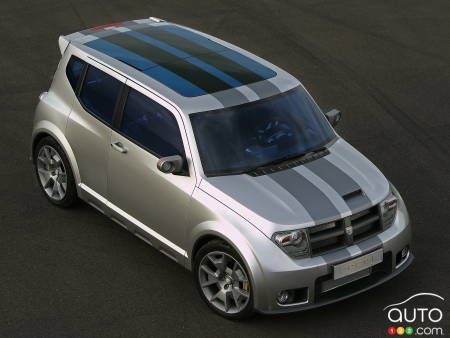 Leaked images of what appears to be the future Dodge Hornet have surfaced online, and its resemblance to the upcoming Alfa Romeo Tonale is uncanny and undeni...

Alfa Romeo has finally debuted the Tonale, the latest new SUV to join its lineup. It will slot in beneath the Stelvio, and it will be offered in a plug-in ve...