It is common for manufacturers to reserve names with official authorities. We don't always mention them, because in many cases the requests are routine and don't necessarily lead to the arrival of new products. However, on some occasions, they are very useful for discussions.

This is the case with what has been going on at FCA (Fiat Chrysler Automobiles) ; it has come to light that the firm registered a well-known name, Hornet, for the American market but also for Canada and Mexico.

The Hornet name became known in the early 1950s when automaker Hudson used it, but it was also used within the AMC (American Motors Corporation) family of products during the 1970s.

The only time Dodge has used the name Hornet was for a concept, presented at the Geneva Motor Show in 2006. That vehicle intended for the European market had a 170-hp engine developed in collaboration with BMW. Response from the public at the time was very positive, leading Chrysler to look at finding a way to take the concept into production. 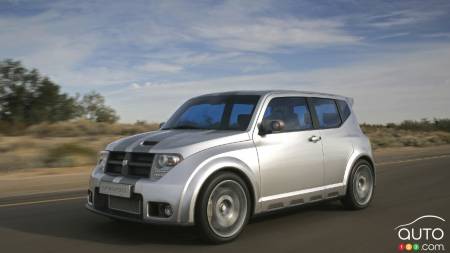 The next three years were a succession of attempts to develop a model, on a variety of different platforms - first with the Chinese manufacturer Chery, then with Nissan. Eventually Chrysler threw in the towel.

In 2009, it was thought that with Fiat's entry on to the stage, the Hornet project could be reborn with one of that Italian manufacturer's European platforms, but again, nothing came of it. FCA instead chose to resurrect another historic name, Dart. We know the rest of that story.

If Dodge goes ahead with a model bearing the Hornet name, it’s safe to assume it will take the form of an SUV. With the Grand Caravan and Journey coming to the end of their lives, the brand is clearly going to need fresh faces.

Another possibility being speculated on is a larger product based on the Chrysler Pacifica platform, which would help keep down development costs and maximize the capacity of the Windsor, Ontario plant. Then again, a future Hornet model could be a reworked PSA group (Peugeot Société Anonyme) vehicle. The possibilities are many.

Of course, it’s also plausible that Dodge won’t do anything at all with the name at this time. In order to keep the rights to a trademarked name, it is necessary for companies to renew these kinds of applications.

Chrysler reserved the name once again in 2005, but gave it up in 2010. It filed yet another new new application in 2011, before abandoning it again in 2015. That same year, you guessed it, the automaker filed a new application. That expired, unrenewed, in 2018. Will the 2020 registration finally translate into the appearance of an actual model called Hornet? 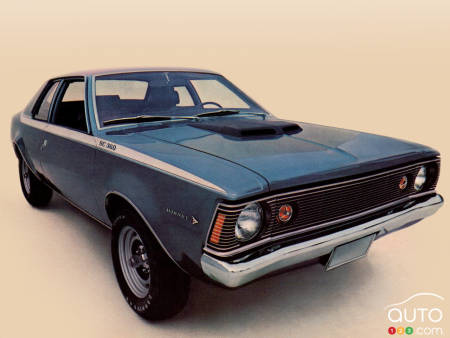 The FCA Group has trademarked the name Cuda, this for the third time in ten years. The exercise might be meaningless right now, but then again it could also ...