The FCA Group (Fiat Chrysler Automobiles) will recall over half a million Jeep and Ram vehicles the windshield wipers of which could come loose and malfunction as a result.

The models
Even more specifically, the affected models include 2019-2020 Jeep Compass and Ram 1500 vehicles, as well as a Ram Classic trucks built before March 3.

The problem
In some vehicles, improperly fitted windshield wipers might not be able to fully clear the windshield of water. As well, they might not come back to the proper initial position after the driver turns them off, which can affect visibility for the driver and increase the risk of an accident, according to a statement issued by the NHTSA (National Highway Traffic Safety Administration), the American equivalent of Transport Canada. As of now, no official statement has yet appeared on the Transport Canada website.

The fix
Dealerships will need to tighten the screws holding the windshield wipers in place. For the moment, the identity of the supplier that supplied the defective parts has not been divulged.

FCA will start informing owners of affected vehicles of the recall over the course of the next few weeks. 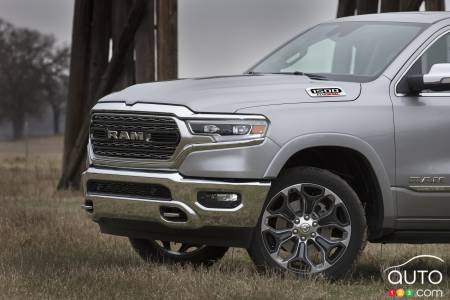