Since its debut on the New York Stock Exchange in 2015, Ferrari has seen its stock rise from $52 to just over $168. It’s clear that the company is making considerable efforts to satisfy its investors, notably by increasing production and entering new segments- namely, the potentially lucrative SUV categories. The first such model from Ferrari is expected to debut in 2021.

For years, the company's annual production was limited to 7,000 units by its then president, Luca di Montezemolo. Successor Sergio Marchionne opened the valves on production, as has current president John Elkann., and this explains why Ferrari has just broken the 10,000-unit sales barrier in a given year for the first time in its history.

The Italian firm announced Tuesday that its results for 2019 were 10,131 units, up 9.5% over the previous year. These generated 4.1 billion Euros in revenue and 917 million Euros in profit.

And Ferrari doesn’t intend to stop there; its SUV could become one of the most popular models in its lineup. A product to replace the LaFerrari model is also in the works. 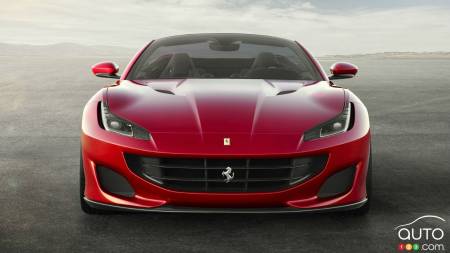 All of this is going to bring about some fundamental changes, however, as the company will have to face much stricter emission regulations now that it sells more than 10,000 vehicles on an annual basis. The figure, as it happens, represents the limit set by European standards that allow car manufacturers to escape the stricter rules when their production is more limited.

To manage this situation, Ferrari plans to introduce many more hybrids. The company has just launched the SF90 Stradale plugin model and is aiming for a 60% electrified range by 2022. Ferrari is also looking into other possibilities such as the use of hydrogen or biofuels.

No one is going to complain about seeing more Ferraris on the road. Just don't expect to find them on every street corner anytime soon. The Italian firm is still trying to protect the level of exclusivity in certain markets by limiting distribution in some territories. In 2019, for example, sales dropped 3.3% in the Americas due to what the company describes as a "deliberate geographic rebalancing".

This past February, the Toyota RAV4 reached an important milestone in its history with the sale of the ten millionth unit. At the rate things are going, it s...

Toyota Has Sold 10 million of its Land Cruiser

The Land Cruiser hits a big milestone: As of this past August 31st, Toyota attained the one million mark for units sold of its iconic model. Today the compan...