A few days ago, we reported that Ford had finally set a date for the presentation of its new Bronco SUV. Normally, that would be that, at least until July 9, the date of the big event. Except that, it turns out that that date also happens to be the birthday of perhaps history’s most famous Bronco driver: O.J. Simpson.

Some of you will recall the surreal event of 26 years ago. Broadcast on live television, Los Angeles police engaged in a protracted, slow-speed chase of a white Ford Bronco driven by the former football star. The event became one of the most watched events in the history of television, at a time when there was just beginning to be live mass-media coverage of all sorts of dramas. Ford and its SUV had never received so much free publicity.

The reason for the chase was gruesome: Simpson was a suspect in the murder of his wife Nicole Brown Simpson and her friend, Ronald Goldman. The former professional football player was acquitted after a fully televised (of course) trial in 1995.

Back to 2020, and the choice of the reveal date for the new Bronco. It's "purely coincidental", Ford North America product communication manager Mike Levine said in a statement.

Wrote Karl Brauer of Kelley Blue Book, “It's probably not the greatest date in the history of the Bronco and I don't think they want to associate it with the date of the vehicle's return. I think if Ford could do it again, they'd probably pick another day.” Autoline.tv host John McElroy said, “I gotta believe this is a mistake. Didn't anybody look at the calendar?” Autotrader analyst Michelle Krebs’ take? “I’m not quite sure what to say”.

Whether the choice of date is intentional or not – and we have to think it’s the latter - it only adds another weird chapter to the incredible history of the Bronco. As for the model generation O.J. Simpson drove in his star turn on the L.A. freeway, it was pulled from the market in 1996, officially ending the Bronco's career after 30 years.

The new Ford Bronco will be assembled at the Wayne, Michigan assembly plant - where it was never built before. It will go on sale in 2021. 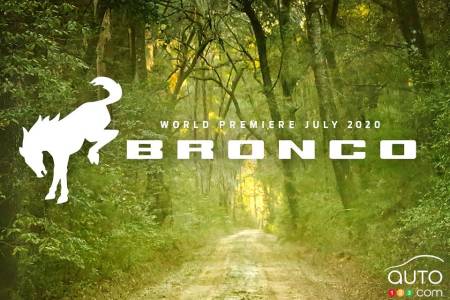