The new Ford Bronco seems to find all sorts of ways to get talked about. Teasers, spy shots, announcements, and so on: we’ve reported on its looks, its special features, the versions, the planned release dates. Lately, we've also been talking about slight production delays.

This time, a new twist, as two prototypes of the SUV were heavily damaged when the trailer transporting them caught fire. To be clear, the vehicles themselves were in no way the cause of the blaze; rather, the fire broke out in the trailer carrying them.

Images of the two damaged two-door models have been shared on the Bronco6G online fan forum, which show them in rough shape. The photos were taken at a rest stop in Greenville, Illinois. It’s believed the fire was caused by the negligence of the truck driver who drove too long with a flat tire or with stuck brakes; in either event, extreme heat caused the blaze, and the two new Broncos inside were sitting ducks. 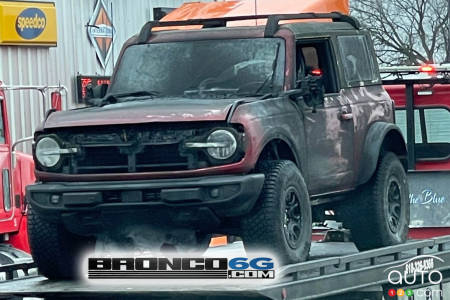 Photo: Bronco6G
One of the damaged Ford Bronco prototypes

Ironically, the company that transports the vehicles is called Reliable.

As for the two Broncos, it looks like they were damaged mostly by heat, as they are not burned. They were, however, covered with debris from the trailer wall that left its residue on the vehicles. Some plastic parts, such as the mirrors, fender openings and grille, literally melted. The tires and roof, however, remained surprisingly intact.

The good news of course is that there were no injuries. More good news: no consumer will have to wait any longer for their new Bronco due to the mishap, since neither of the prototypes were destined for delivery to customers. Deliveries of the production models are only set to start later this year.

These models might even have been earmarked for the scrap yard, a common fate that awaits prototypes built for testing purposes. In fact, Ford might just be able to learn something useful about the Bronco from these vehicles’ exposure to extreme heat… 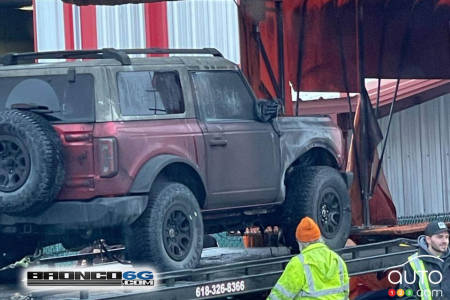 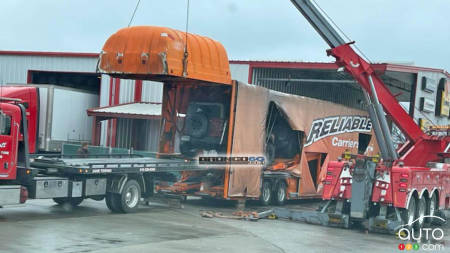 Ford Bronco Debut Will Happen on Birthday of Noted Bronco...

Incredibly, the upcoming presentation of the next Ford Bronco falls on the birthday of one O.J. Simpson. Recall that 26 years ago, the ex-football star was c...