COVID-19 has just claimed more "victims" in the automotive world, specifically within the General Motors (GM) Group of brands. Models that were scheduled for refreshes in the near-future are getting those postponed by a year.

According to Jeff Schuster of LMC Automotive, "Most face-lifts appear to have some delay associated with them, especially those that hadn't really been fully completed. Where they were essentially getting ready for production, we aren't seeing any delays there. Nothing that I'm aware of at this point has been outright canceled."

To date, GM has delayed the upgrade of the Buick Enclave 2021 to the 2022 model-year. The scheduled 2022 refresh of the Cadillac XT4 has also been postponed, this time to 2023, again according to LMC.

A GM spokesman said in March that updates to the Chevrolet Bolt, Traverse and Equinox for the 2021 model year would be pushed back to 2022. 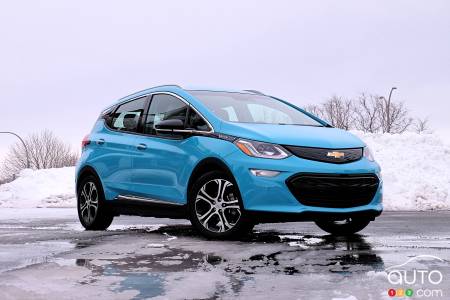 General Motors is focusing in the short term on new models and new generations over refreshes "because for most of those, a lot of the work has already been done, meaning the cost has already been absorbed in many cases. And you get more bang out of a redesign," Jeff Schuster explained.

Due to the pandemic that led to the closure of its North American plants in mid-March, GM lost about two months of production on vehicles currently on sale. Most plants were scheduled to restart this week.

A senior executive confirmed last week that some programs would be delayed because of the crisis, but he did not want to specify which ones.

"How long they're delayed is somewhat a function of the recovery process and what that might look like," Barry Engle, president of GM North America, told Automotive News. "We really haven't provided any additional detail to a large degree just given the state of flux. We don't fully understand yet exactly what the future might look like."

Pickup trucks and SUVs "are obviously very important to us in terms of volume and share as well as profitability," he added. "The other programs that we consider sacred are our electric vehicle programs."

Top 10: Some of the Best Vehicles at the GM Heritage Center

We were invited to visit the GM Heritage Center, a veritable kinder egg of a private automotive museum in Michigan. The Center features some of the best, mos...