For the fourth time in 10 years, GMC has reserved the Granite name with the United States Patent and Trademark Office (USPTO).

That leaves little doubt that the company has serious plans for the nameplate. The question is whether this time it will really go through with those plans. Certainly the stars seem better aligned than ever…

GMC first staked a claim on the Granite name in 2009, and then again in 2010. The second time the company even presented a concept bearing the nameplate. The square-shaped vehicle mimicked the proportions of the Chevrolet Trax but featured a more-futuristic design, if not a more successful one.

Ironically, the product was supposed to be produced under the Pontiac banner, which has since disappeared of course. 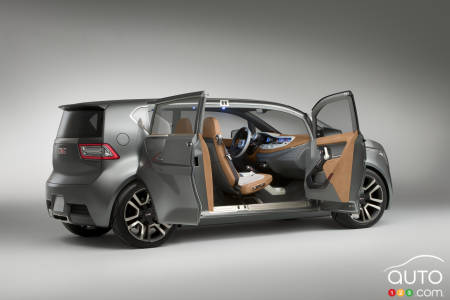 Five years later, GMC was back filing papers at the USPTO, since the initial trademarks had expired. Generally, an automaker has a three-year period to prove that a model is on its way to production to hold on to a trademark. Failing that, it has to go through the process of registering the name all over again.

Which brings us to the new filing in 2019. The 2015 trademark is expiring, so if GMC really means it about launching an SUV with the Granite name, it has to make sure it owns the name.

Candidates?
On first analysis, there are two ways the company could go. First off, GMC offers nothing at present in the popular subcompact SUV segment to match General Motors’ other models, the Buick Encore and the Chevrolet Trax.

Just recently, Chevrolet unveiled in China the model that could well be the replacement of the Trax, the new Trailblazer. Producing a close cousin of that model at GMC would be a logical move. 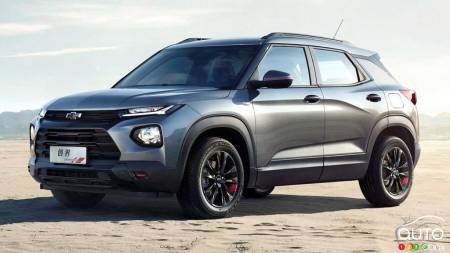 Alternatively, though this appears less likely, the company could introduce a full-size SUV. Recall that the company shortened its Acadia the last name it overhauled it, leaving room in the lineup for a stretched-out version.

The coming months will reveal more. If the plan is for the automaker to develop a cousin of the new Trailblazer, more could be revealed even sooner than that.

Only One Engine for the next Chevrolet Colorado/GMC Canyon?

When the next-generation Chevrolet Colorado / GMC Canyon duo come along, there will be some big changes under the hood. This is according to a new report by ...