However, several major manufacturers have entered this fray, including the Finnish company Nokian. Here are some of them: 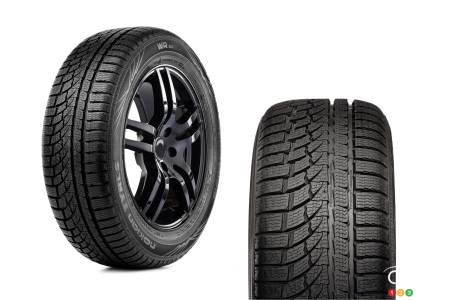 Nokian WR G4 -Nokian has a head start on many competitors as they have already produced some versions of these tires in Europe first. I had the opportunity to try the first versions of the WR-G3 a few years ago on an icy lake, Nokian's official test track in Ivalo, Northern Finland. My first impressions were quite positive. It is not a tire with as much grip as a current Hakkapelliitta 10 but it is still effective.

Today, this tire is sold under the name WR G4 and I put it to the test on a Mercedes-Benz C300 of about ten years old with which I collect notes and observations. Note that the tread design includes mixed grooves for water and snow drainage.

Michelin CrossClimate 2 - Michelin has recently turned its attention to the so-called "all-season" tire. Their newest product is the CrossClimate 2 which I am currently testing on my own 2011 Lincoln MKZ.

The first thing I noticed is that the tread pattern is rather original, looking more like chevrons. In fact, it reminds me of the first Goodyear Aquatred tires from 20 years ago. Already, it has proven to be quiet and efficient in the pouring rain at cruising speed.

But soon, it will have to pass the test of snow and ice. It will then be compared to the Nokian. Incidentally, the same tire exists for SUVs, under the name Cross-Climate SUV...

For the coming winter, we will be testing two approved tires that could be used (in moderation) in both winter and summer. The Nokian WR G4 on the left and the Michelin CrossClimate2 on the right.

Photo: É.Descarries
Nokian WR G4 on the left, Michelin CrossClimate2 on the right

Several other manufacturers are also embarking on the adventure of certified tires, including Goodyear with the WeatherReady Assurance, already mentioned as one of the most durable by some specialized sites, as well as Bridgestone with its Weather Peak recently launched on the market and the Firestone Weathergrip, a more affordable tire from Bridgestone.

Beyond those, there's the Hankook Kinergy 4SZ (whose tread pattern resembles that of the Michelin Cross-Climate), the Kumho Cugen HT51, the Continental All Season DWS06, the Toyo Celsius (now available in Sport version) and the Nexen N-Blue.

In the more affordable segment, we find the Cooper Discoverer Endura Max, the Minerva EMI Zero and the Sailun Atrezza. However, there is little data on these tires. 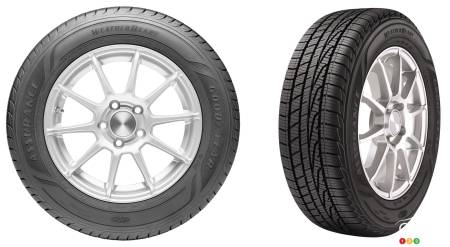 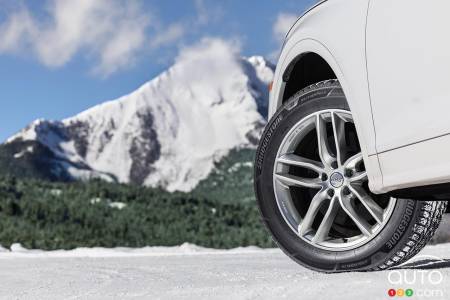 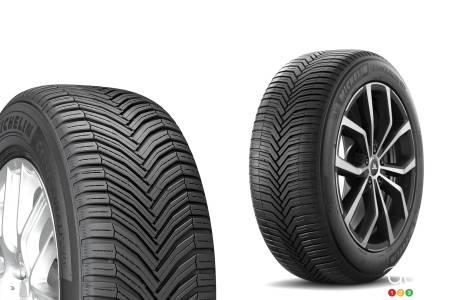 The Best Winter Tires for SUVs, Pickups in Canada for 202...

Snow, ice, cold, slush. Here's another challenge that we're facing in a frankly extraordinary 2020. Except this one is fully predictable, as winter shows its...