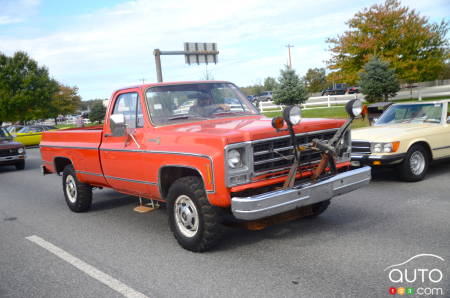 This version caught our attention as soon as it arrived at the Hershey event, and for good reason. At first glance, it looks new. In part, this is because the model has only 10,000 miles of wear and tear on it.

In almost all respects the model is in excellent condition, although the door bottoms show some signs of fatigue. In any case, the asking price for this vehicle didn’t seem exorbitant to us. 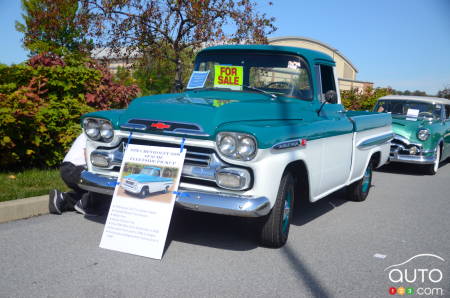 Under the hood sits a 235-cc in-line 6-cylinder - a simply indestructible engine. Beyond that, however, it's the history of this model that's interesting. It remained in the hands of the same owner from 1959, when it purchased new, to 2006. At that point it was sold and underwent a complete restoration. Since then, it’s been driven a grand total of 2,000 miles.