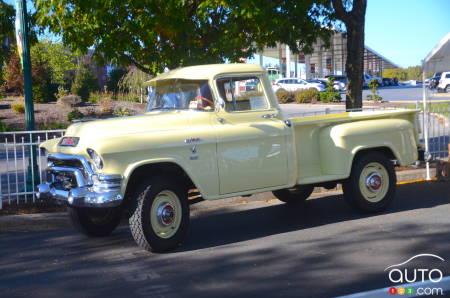 Today, 4X4 pickups are legion, but 55 years ago, folks had to call on the services of NAPCO (Northwest Auto Parts Company) to obtain a conversion kit that would take their truck to a higher (!) level.

Prior to 1956, the kit was delivered to the owner, who did the installation himself. Starting in 1956, it could be installed at the factory at the buyer’s request. At that time the option could cost as much as to $1500 at the time – effectively doubling the cost of the vehicle (with a factory installation, the buyer usually got away with a $1,000 surplus charge).

NAPCO mainly served GMC and Chevrolet products, but the kits were also used to convert Studebaker and Ford pickup trucks. In 1960, GM developed its own 4X4, which would prove a major blow to NAPCO. 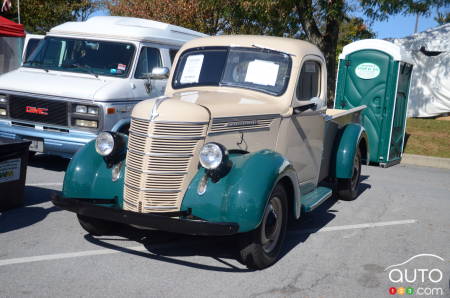 In the late 1930s, International was a very important player in the pickup and delivery truck domain. By 1939, there were 15 variants of the D-2 Series and prices ranged from $475 to $1,200, depending on the model chosen.

This magnificent model was powered by a 213-cc 6-cylinder in-line engine that produced 78 hp in 1939. What's incredible about the model you can see is that it remained in the hands of the same owner from 1939 to 2006. A complete restoration has restored it to its former glory.