Honda today unveiled the 11th-generation Civic sedan, the wise evolution of a car that has made automotive history in its nearly 50 years of existence. Since its introduction in 1973, Canadians have purchased more than 2.2 million Civics. Over the years, this model has become the number-one selling car in the country. It’s a status that Honda Canada has been jealously guarding for 23 years!

The redesigned body features a lowered hood and front fenders, a windshield lowered by 50 mm, a low beltline and generous glazing.

For 2022, the automaker is introducing improved suspension and steering, as well as the stiffest unibody chassis in the car's history. Compared to the previous Civic, its torsional and flexural strength increases by 8 and 13 percent, respectively. These gains will likely result in greatly reduced noise and vibration.

On the safety front, the next Civic features new front airbags designed to reduce brain and neck injuries more effectively. There are also side airbags in the rear for the first time.

As with the 2021 edition, the 2022 model is offered with a choice of two 4-cylinder engines. The LX, EX and Sport versions carry over the 2.0L engine used to date. It remains unchanged at 158 hp and 138 lb-ft of torque, but improvements reduce average fuel consumption by 3 to 4 percent, depending on the model.

The top-of-the-line Civic Touring features an upgraded 1.5L turbocharged engine, which is rated at 180 hp and 177 lb-ft of torque. That's 6 more hp and 15 more lb-ft than in 2021. This bigger engine, which still runs on regular fuel, also averages 3 percent better fuel economy.

In both cases, power is sent to the front wheels via a continuously variable automatic transmission (CVT) with step-shift programming, which reduces irritating revving.

Canadian drivers will be pleased to have, for the first time in a Civic, a heated steering wheel. Also, the infotainment system on the LX, EX and Sport trim levels, which incorporates Apple CarPlay and Android Auto, has a 7-inch touchscreen again. However, the Touring version now gets a 9-inch screen with wireless CarPlay and Android Auto systems.

It's worth noting, by the way, that the designers of this Civic have added a nice touch in adding a 0.8-inch finger rest at the bottom of the touchscreens. By stabilizing the driver's hand, it should make it easier to use the screen, a device with an unintuitive design that too often distracts the driver.

In addition, the Touring also gets a new digital LCD screen behind the steering wheel and a 12-speaker Bose Premium audio system, both firsts for the Civic. There's also a Qi-compatible wireless charging system, as well as an enhanced Honda Sensing safety and driver assistance system. Now featuring only a camera, this feature provides two new functions: traffic congestion assistance and low-speed braking control.

The colour choices include eight shades, among them three new ones: Meteorite Gray Metallic and Sonic Gray Pearl, as well as Morning Mist Blue Metallic, which is exclusive to the Civic.

Note that the sedan will go on sale in the summer, with the new Civic Hatchback following in its footsteps a few months later. 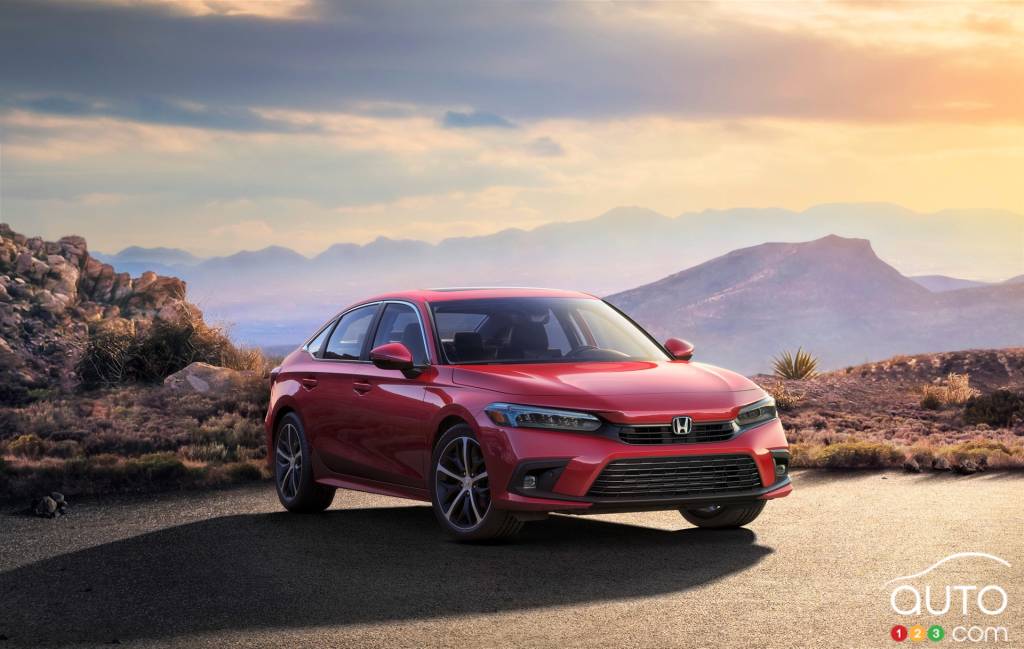 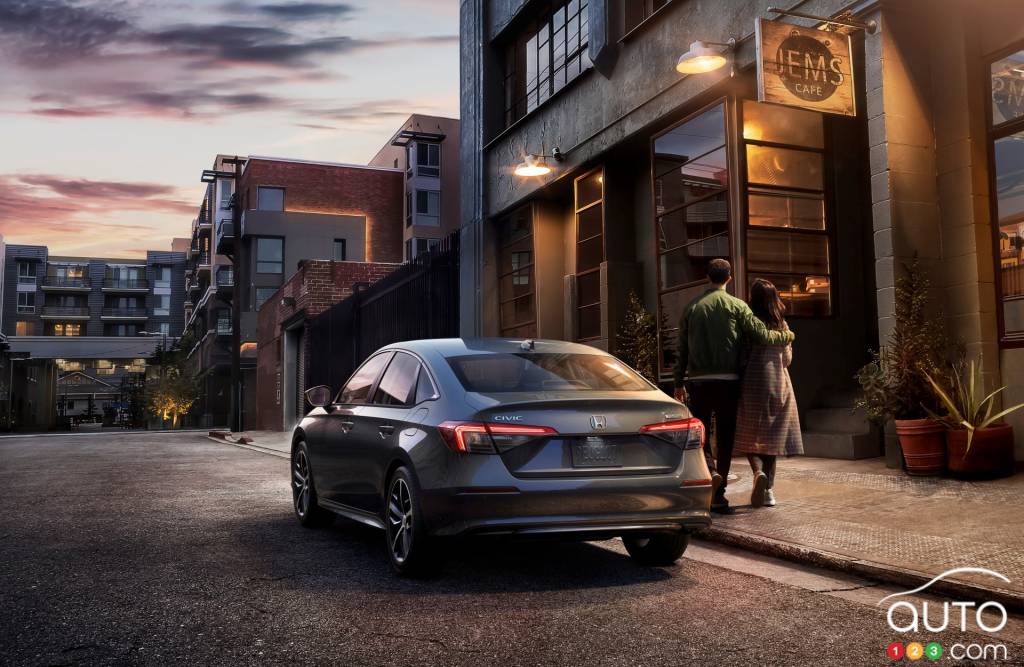 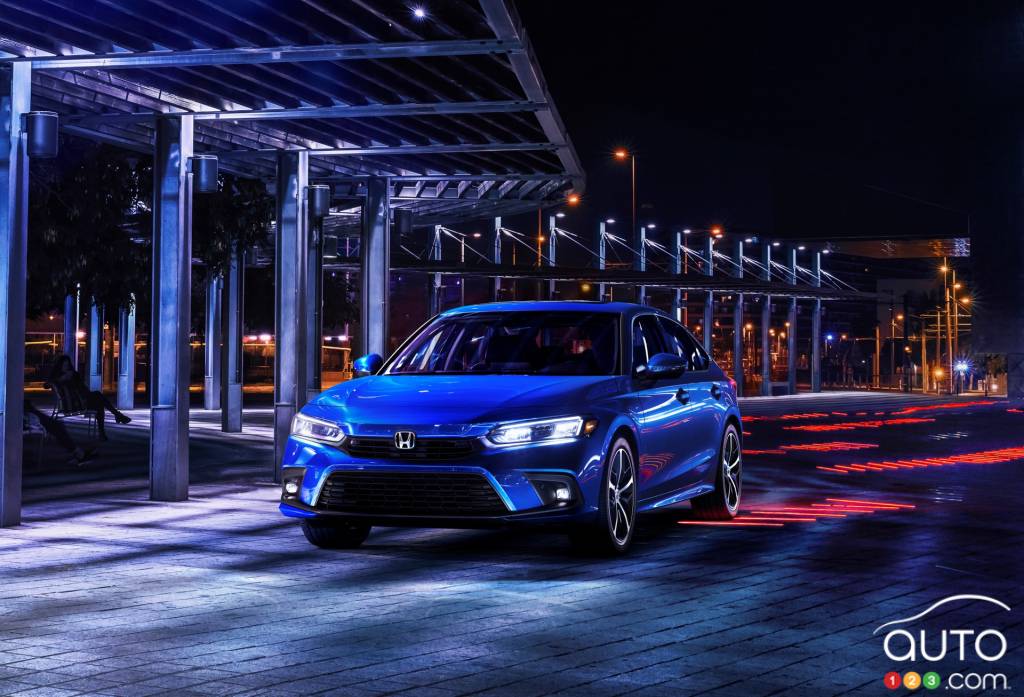 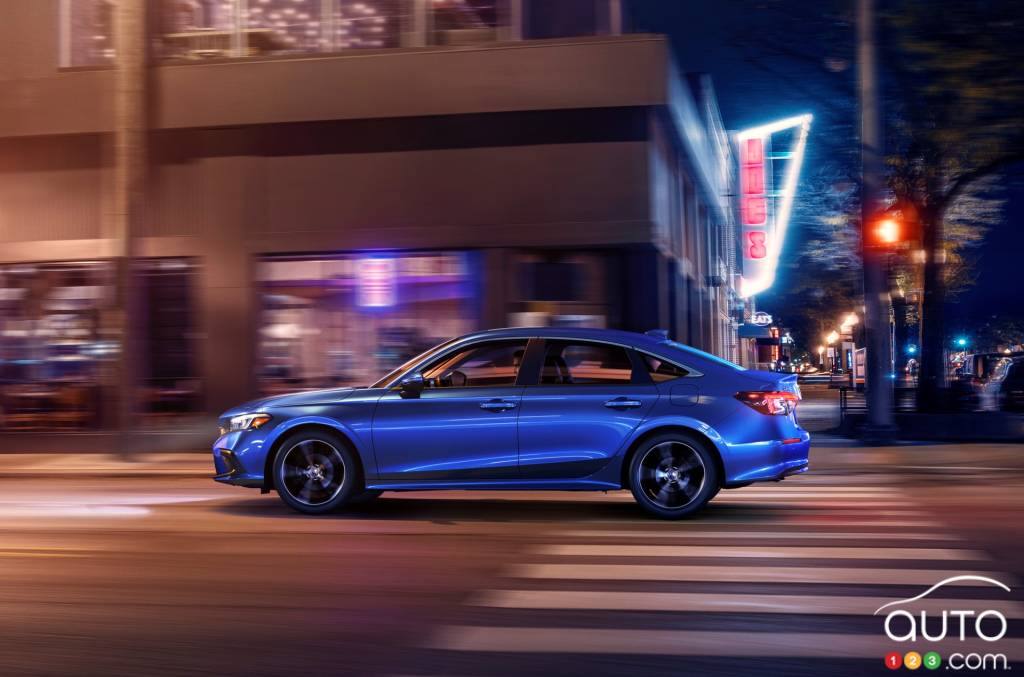 We know that y'all out there have a well founded and defined affinity for Canada's best selling car for the last 472 years and so we thought we'd feed the mo...

Following its North American and Canadian premieres in Detroit and Montreal, respectively, the Honda Civic Si Concept made an appearance at the 2011 Canadian...