Hyundai’s busy week continues. On Monday, the automaker unveiled its plans for its N and N Line product lines. We also saw the unveiling of the 2022 Tucson for North America, and received confirmation the Santa Cruz pickup is coming next year. Yesterday, the Korean manufacturer outlined its plan for electrifying its North American roster by 2022.

As to be expected from Hyundai, it’s a full-speed ahead strategy. The plan calls for growing the number of models powered by electricity in some form or other to 10. Two new models will be part of the new Ioniq sub-brand, including an SUV. Recall that Hyundai repositioned the Ioniq as a sub-brand earlier this year; it will be the home of the company's electrified offerings. We’re promised an Ioniq 5, Ioniq 6 and Ioniq 7, the odd-numbered models being SUVs, the even-numbered one a car. 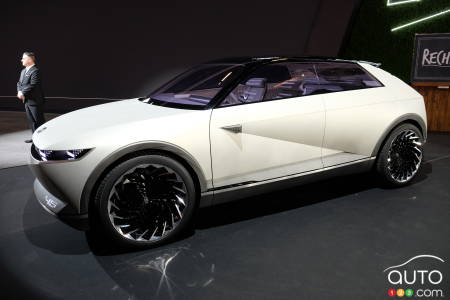 The first to arrive in 2021 will be the Ioniq 5. According to Hyundai, it’s a mid-size SUV based on the Hyundai 45 concept. The Ioniq 6 will be inspired by the Prophecy Concept, a sedan with flamboyant coupe styling. The other model will appear after those two, and it should take the form of a larger SUV. It will likely be ready after 2022, since it doesn't appear on the image published by Hyundai showing the upcoming models. 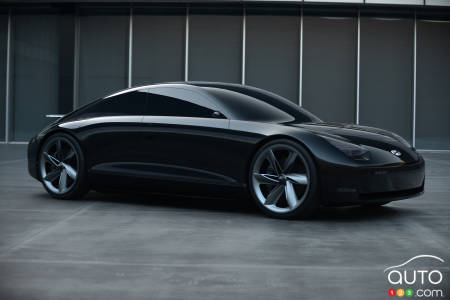 Information released by Hyundai yesterday also confirms the presence of plug-in hybrid versions of the Tucson and Santa Fe SUVs. We already had a good idea that these two models were in the plans, but Hyundai was hesitant to confirm their presence in North America. Their presence at the heart of this presentation confirms that we should expect both to go on sale here by 2022.

“We’re not only developing the vehicles our customers need now, we’re also envisioning smart mobility solutions for pressing environmental and transportation needs of the future. Ultimately, this full spectrum of new technologies will promote a planet-friendly, zero-emission ecosystem as part of our 'Progress for Humanity' global vision.”

As it has for the past decade at least, Hyundai continues to show it is one off the most dynamic automakers in business today. There’s no sign of its slowing down either. 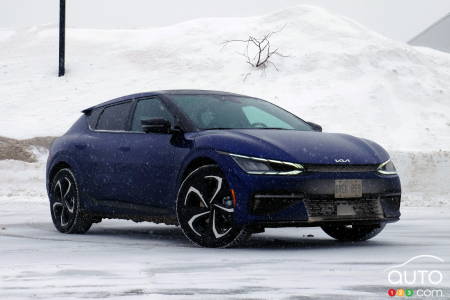