INFINITI announced on Tuesday that it will pull out of Western European markets, starting now. Nissan’s premium brand plans to start closing down its operations on the continent later on in 2019.

The brand first debuted in Europe in 2008, and it has struggled to gain much traction at all there ever since. INFINITI never sold as many as 14,000 vehicles annually on the continent; their peak came in 2015, and the trend has been moving downward since then: in 2018 the brand moved only 6,000 vehicles.

The company says the retreat is a strategic restructuring move that will allow it to concentrate on further developing the North American and Chinese markets, which have been friendlier to the brand. It also specified that the automaker’s operations in Eastern Europe would not be affected. In the middle East and Asia as well, it will be business as usual for INFINITI. 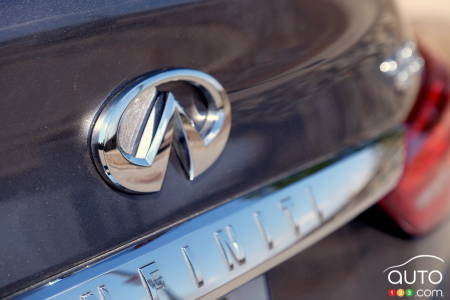 So what does an automotive company’s wholesale departure from a continent’s worth of markets look like? INFINITI expects its operations in Europe to be completely shuttered by early 2020. Until then, the retail network in place will continue to function to handle servicing, maintenance and warranty repairs. No word yet on what kind of longer-term solution will be found for current INFINITI owners.

The company’s plant in Sunderland in the UK, meanwhile, will close its doors in mid-2019.

We mentioned that one of the markets the brand will focus on is the U.S.; it has work to do there, evidently, as 2019 sales to date for the automaker have dropped by close to 10% in comparison with the same period last year.

The current situation at Nissan is such that 20,000 jobs would be threatened. The coronavirus has a lot to do with it, but the situation was already critical...

Next Mitsubishi Outlander Could Get Nissan Engine

The next Mitsubishi Outlander will of course be offered once again in its popular plug-in hybrid format, but it might come with a Nissan engine. Going the ot...