The National Highway Traffic Safety Administration (NHTSA), the American equivalent of Transport Canada, has opened an inquiry into a possible problem with a detaching steering wheel in 2008-2013 Toyota Highlanders. The organization received three complaints from owners who said the wheel separated from the steering column when they tried to adjust its position.

In one of the cases brought to the attention of the NHTSA, a woman explained that while traveling in the fast lane of Highway 80 in the area around Sacramento, California, the steering wheel came off the steering column when she tried to adjust it telescopically.

Three complaints have been received to date by the NHTSA. The models concerned were Toyota Highlanders ranging from 2008 to 2013; one of them was a hybrid variant.

In each instance, an attempted adjustment caused the steering wheel to detach. In two of the cases, the vehicle was in movement at the time. 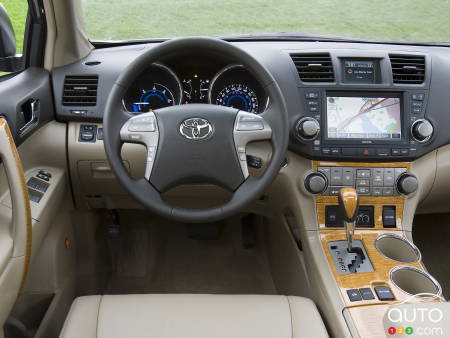 Given the number of Highlanders currently on the road in North America, these are obviously extremely isolated cases, but that there are even three of such similarity warrants an inquiry. As well, the clear danger that this problem represents for drivers may well lead to a recall of all Highlanders if the steering columns are found to be defective in some way.

For the moment, if you are an owner of a Toyota Highlander, it’s best to avoid making any adjustments to the steering wheel while the vehicle is in motion, at least until we learn more about this issue from the NHTSA inquiry.

The Toyota Grand Highlander has been spotted in road testing, confirming information shared in 2021 regarding the arrival of a new SUV. Lexus will also get i...

Toyota: vehicles that talk to each other by 2021

Toyota is hoping that, by 2025, the majority of its vehicles will be able to communicate with each other. In announcing its plan, the Japanese automaker is a...