•    In Europe, a 75th anniversary edition is already offered.

•    In the eyes of many, the F-Type coupe is certainly one of the most beautiful models in the industry.

All good things must come to an end, as the saying goes. In the case of the Jaguar F-Type, that couldn't be more true. First introduced in 2013 for the year 2014, the F-Type will have left an indelible mark on the world of sports cars when it goes into retirement at the end of the year 2024. The news of its departure was confirmed to Car and Driver magazine by a Jaguar Land Rover Group spokesperson.

It marks the end of an era. For those who can afford it, there's still time to get one. In Europe, a 75th anniversary edition has even been launched to mark the last year of production. We can also expect a special edition to appear in our market, but this has yet to be confirmed.

To many, the F-Type is nothing short of the most beautiful car on the market. This is especially true for the coupe, which came after the convertible. Over the past nine years, there have been a slew of engine options, from a thundering V8 to a V6 to a turbocharged 4-cylinder.

The 75th Anniversary Edition marketed in Europe (to mark 75 years of sports cars within the Jaguar group, since the famous 1948 XK120) benefits from cosmetic tweaks, in addition to offering a unique colour and singular logos. The North American version could go the same way, but that remains to be seen. Jaguar said it will have more to say in December.

Will there be an electric supercar from Jaguar once the company's shift is complete? Very possibly, but it remains to be seen how much such a car would cost. We know the company wants to play the high luxury card, which could make a future performance EV even less affordable. 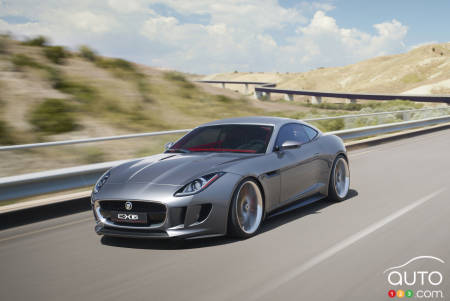 Let us shed a tear (or two) over the 2022 Jaguar F-Type Convertible, as the model preprare to depart this world in a year or so. And why not – this is arguab...

We headed to Portugal to test out the 2021 Jaguar F-Type on the winding road connecting Porto and Lisbon – a route the little sports car seems tailor-made fo...

To promote the pending debut of its 2021 F-Type, Jaguar tapped the child within and sent a miniature Hot Wheels version of the refreshed sports car careening...