As part of the festivities surrounding Stellantis’ EV Day yesterday, one of the models introduced – or more accurately teased in its final production form – was the upcoming 2022 Jeep Grand Cherokee 4xe plug-in-hybrid variant.

Jeep fans will be glad to know the model is very recognizable as a Grand Cherokee, starting with the distinctive seven-slot front grille, and it adds a few elements familiar from the Grand Cherokee L and the Wagoneer and Grand Wagoneer for good measure. Although, to be clear, the 4xe is shorter than the Grand Cherokee L that introduced the model’s new design language, and some of the accents around the windows are different.

The vehicle’s charging port can be seen just in front of the driver’s door. 4xe badging is fond here and there, and the roof gets a contrasting colour. The wheels are new for this variant, and the lower-bumper openings are distinct from the regular Grand Cherokee. 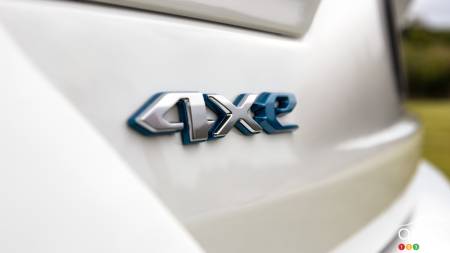 There was no announcement regarding the powertrain or the electric range it will deliver. That will come when the Grand Cherokee’s fifth generation, including the 4xe, is officially introduced at the upcoming New York auto show in late August.

Zero Emission Freedom
Jeep already offers a PHEV variant of each of its models in Europe, and we can expect them to gradually join the product offering of every North American model in the near future (for now, buyers here are limited to the Wrangler 4xe). Zero Emission Freedom as the catchphrase the automaker is using for its grand plan.

As part of that plan, Jeep promised at least one all-electric vehicle in each segment it competes in by 2025 – and yes, that will include a fully electric Wrangler. And while it was at the promises, the company also declared that we can expect to see a fully autonomous – as in self-driving – Jeep model on the market by 2030. 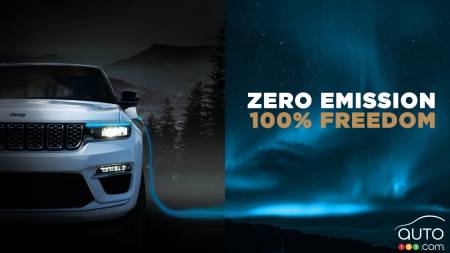 The Trackhawk Version Might Not Be Part of the Next-Gen G...

A new report citing Stellantis sources suggests the next-generation Grand Cherokee might not get an uber-powerful Trackhawk version. Not that long ago, Ameri...